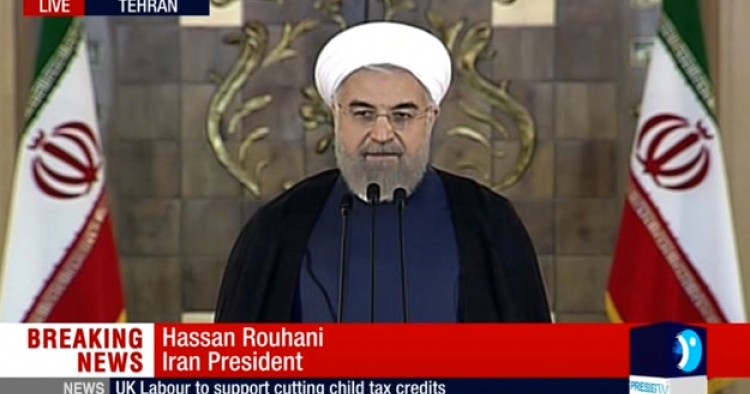 What has been the reaction to the nuclear deal?

The Iranian public is very optimistic and hopeful that the painful economic sanctions will soon begin to be rolled back. Iranian media outlets that align with President Hassan Rouhani are projecting that sentiment as well. But even the more hawkish outlets are more optimistic now—if cautiously so—than they were in April, when the interim agreement was reached. The mood has evolved in Tehran.

Part of this evolution is due to the fact that the Iranian side has gotten itself a good deal. Its position has always been that it does not want a nuclear weapon but that it wants the nuclear technology necessary to accomplish such tasks as producing electricity. Today, 13 years after its nuclear program came to light, Iran is getting what it always wanted. It will be able to have an entire nuclear fuel cycle through which it can mine, process, and enrich uranium for civilian purposes, all on its home soil. In return, Iran will no longer enrich uranium to weapons-grade level, which it denied seeking anyway. So it should have no trouble turning to its people and the region and maintaining that it did not cave. Supreme Leader Ayatollah Khamenei and President Rouhani will have a much easier time selling this package to their skeptics than President Obama will when he faces critics in Washington.

The United States, for its part, has succeeded in finding a diplomatic path forward. It had found that sanctions alone were not enough to stop Iran’s nuclear program, and that the only other alternatives were more sanctions or military intervention, which Obama decided was the least feasible approach.

Critics will say that Obama squandered American leverage during the last 20 months of talks. I am not so sure about that. The leverage generated by the West’s sanctions to a large extent rested on the fact that Russia and China were backing the U.S. position. If this deal had not been struck, the Russians and Chinese likely would have walked away, and the entire international sanctions regime that the United States put together would have started to crumble. Iranians would still be hanging on to the nuclear program, and with far less international scrutiny, and they would not have sanctions to worry about, either.

What were some of the final stumbling blocks that had to be resolved to close the deal?

After the sides missed the June 30 deadline, the Iranian side suddenly insisted that UN-imposed sanctions be removed that bar Iran from importing and exporting arms. The Russians supported that call, which complicated the end phase of the talks. These sanctions have been in place since 2007, and were mainly brought up as a last bargaining tactic. They were never going to be a deal breaker because Iran is not an economy that relies on importing or exporting arms.

As far as international monitoring is concerned, the inspection issue was always going to be politicized. The idea of Iran opening up any site, anytime for international inspection made the deal difficult to sell to the hawks in Tehran and certainly the commanders of the Revolutionary Guards. In the final agreement, the West pretty much got what it wanted—that is, free access to any site—although it has to first explain reasonable suspicion about a site and request access on a case-by-case basis. Critics will say that Iran will be able to hide incriminating evidence or simply deny access, but I doubt it will be able to get away with that in practice.

Do you expect any changes in regional and international dynamics?

The deal isn’t a quick fix to reduce tensions. There is a lot of history, and a lot of suspicions will remain. We will see what the International Atomic Energy Agency (IAEA), which is tasked with monitoring Iran’s nuclear program, says in the coming months and years. Another indicator will be Iran’s overall policy position in the region and on the global stage. President Rouhani has been saying since before he was elected that he wants to bring Iran back into the international mainstream, and many in Washington and elsewhere are wondering if he can deliver on that promise.

An encouraging sign is that the Supreme Leader has come around to the idea of working with Americans in ways that many analysts didn’t predict. Only a few years ago he was telling the Iranian people to prepare for a long fight and for self-sufficiency, as Iran would go its own way. In November 2013, he suddenly spoke of putting forward “heroic flexibility,” essentially voicing support for making concessions to reach a compromise. And that’s exactly what he allowed the negotiating team in Vienna to do.

As late as April of this year, Khamenei said that if a nuclear agreement came to pass then Iran may be able to look for other ways of working with Americans. This is an interesting proposition, since Iran and the United States have a common interest in combating the Islamic State. But for a new phase of relations to gather momentum, the narrative in Tehran has to change. It’s hard to see how burning American flags and continuing to shout “Death to America” is going to make Iran any friends in Washington, and that’s what they will need if they want this deal to serve as a platform for relations that will outlast Obama’s presidency.

Khamenei also said in April that Iran and United States are not necessarily going to be enemies forever. Perhaps today is the day he needs to start changing the narrative. Many hawks in Iran will follow suit if he does. It would be in Iran’s national interest if he boldly tones down the rhetoric and works toward common ground with Washington.

I suspect, though, that there will be a lot of back and forth in the weeks and months to come. Every time Congress says this is a bad deal, and every time a U.S. senator refers to the military option again, the Iranians will be compelled to react—and that will not build confidence. We have to hope that this agreement does not fall victim to domestic politics in Washington or in Tehran. While it is unlikely to falter in Iran under the leadership of Khamenei, the risk remains in the United States as it approaches the next presidential election.