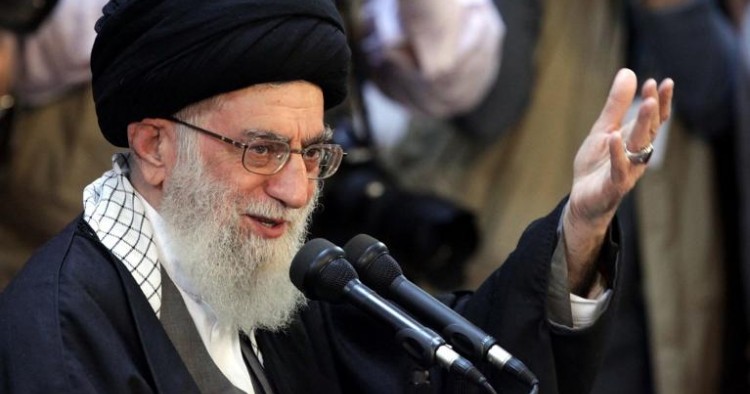 This article first appeared on Iran Matters, a publication of Harvard's Belfer Center for Science and International Affairs.

Since the Rouhani administration reached its interim agreement with the world powers on Iran’s nuclear program last November, the president's conservative rivals have faced a dual challenge. They fear a nuclear deal that will undermine the regime as a whole and, at same time, empower Rouhani’s pragmatist faction.

The conservatives worry that a nuclear agreement would endanger the Iranian regime by failing to lead to the recognition of Iran’s enrichment rights, while locking Tehran into a framework that would further tie sanctions removal to other issues such as human rights, terrorism, and eventually regime change. Supreme Leader Ayatollah Khamenei has reportedly said that he read the actual text of the Joint Plan of Action three times and he still didn’t see that the pact would grant Iran enrichment rights. In a much-misunderstood speech last month he pointed out again, “I am not optimistic about the negotiations and they will not lead anywhere, but I do not oppose [them] either.”

Many pundits interpreted this statement as an effort to back Rouhani while appeasing the skeptical ultra-conservatives.  But this is wishful thinking. Khamenei was expressing a deep-seated belief and fear, built up through decades of interactions with the US and by observing the fates of other leaders who have negotiated with the West, from Mikhail Gorbachev to Muammar Qaddafi. Even if the talks succeed, Khamenei has predicted, the sanctions against Iran will not be removed. Rather, concessions will lead to more vulnerability. The nuclear challenge is nothing more than an alibi for the US to put pressure on Iran, in Khamenei’s view, which is why the US “shamelessly” brings up other issues including human rights and Iran’s missile program.

On the other hand, the conservatives also fear that, in the short-term, Rouhani may use the nuclear negotiations to improve Iran’s economy and its standing in the world in order to expand his constituency. Astonishingly, Wendy Sherman’s recent acknowledgement that the negotiations could lead to limited enrichment in Iran did not calm the conservatives down; rather, it made them more paranoid. After much effort to bury her statement, which was widely celebrated by the pragmatists, conservative commentators close to the Office of the Supreme Leader concluded that the US is playing a sophisticated game to engineer Iran’s domestic political landscape two years before two critically important elections: those of the parliament and the Assembly of Experts (this latter body chooses the next Supreme Leader). In other words, many conservatives believe that the nuclear negotiations are specifically geared towards bolstering the pragmatists’ domestic position, bringing the “liberal” reformists back in, and eventually fomenting regime change through a soft revolution.

Nowhere are the factional differences more sensitive or more decisive than over relations with the US. Pragmatists and reformists have tried relentlessly to suggest a promising new outlook on relations between the two long-time adversaries. In response, Ayatollah Khamenei has repeatedly warned against “putting make-up on the US.” The defiance of this line among pragmatists, including former President Akbar Hashemi Rafsanjani, is unprecedented. He claims that the time is long overdue to put an end to anti-Americanism; a factional business for which Rafsanjani himself played a big role in the 1980’s. Underestimating the highly anti-Iranian sentiment in the US, the pragmatists hope to bring major American companies to Iran’s thirsty 77 million-strong market, which would drastically boost their popular support and help keep the ultraconservatives at bay. Khamenei and the Revolutionary Guards, on the other hand, are counting on the pro-sanction lobbyists on the Hill, along with their domestic constituencies, to limit the negotiations strictly to the nuclear issue and stop far short of rapprochement.

Despite these fears, the Leader is careful not to declare the talks dead yet. In the same speech in which he expressed his lack of optimism about the negotiations, he reportedly uttered a sentence that was quickly removed from his official website: “As you saw, [the negotiations] did not lead anywhere.” (BBC Persian reporter Hossein Bastani took a screenshot of that line on Khamanei’s official website before it was taken out of the transcript, audio, and video versions of that speech.) If he indeed said and retracted these words, this is yet more evidence that Khamenei is impatiently waiting for the talks to stall to prove his foresight. Still, for now, the conservative Leader is careful to provide the negotiators enough time, support, and space so that they will have no excuse for their eventual failure other than their misguided trust of the mischievous Americans.

For the conservatives, the best outcome would be a limited success for Rouhani that could be framed as an utter failure: success in the sense that the negotiations force the P5+1 to gradually (not quickly) recognize Iran’s right to enrich uranium and remove some of the financial and energy-related sanctions; but failure in the sense that Rouhani could still be blamed for making too many concessions on the nuclear issue without lifting all sanctions and other forms of US pressure from the Islamic Republic.

The conservatives are afraid of two scenarios: complete failure or quick success of the negotiations.  The first could threaten the security of the Islamic state, while the second could fortify the pragmatists at the expense of the conservative faction within the state. The challenge for both sides is to strike the right balance between the regime’s interests and factional interests.

This article first appeared on Iran Matters, a publication of Harvard's Belfer Center for Science and International Affairs.