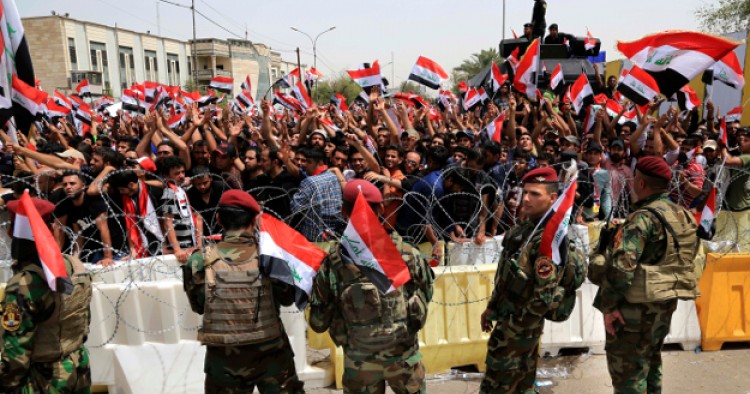 Iraq is enduring a dangerous political crisis. Its substance, however, is under dispute. For many, it is a valiant attempt at reform, and at fulfilling the long overdue promise of sound governance, against a system brought to a halt by corruption and dysfunction. For others, it is a questionable maneuver to restore autocracy, and to unravel the checks and balances that have been instituted over more than a decade. The truth, however, is not somewhere in between, irrespective of the many smokescreens that the opponents of reform may raise.

The emergence of the new Iraq, after the toppling of the dictatorship in 2003, was supposed to usher in a new era of citizen power and government accountability. No more concentration of power in the hands of the few in the capital, Baghdad, but instead, a devolution of political and economic authority to the provinces (and the autonomous region of Kurdistan), with elections ensuring citizen oversight of the process. Alas, this was merely the theory. In practice, Iraqi political life was unable to extricate itself from factionalism. Identity politics was—and still is—the primary tool summoned by rival political parties to consolidate Shiite, Sunni, and Kurdish ‘vertical’ loyalties, with Iraqi voters being presented with virtually no alternative to leaderships that claim to represent their communal interest. The wide internal diversity of the societies to which these communitarian labels were affixed was thus ignored, as well as the shared ‘horizontal’ ties of region, class, and civic outlook across them. With politics, and identities, being reduced to monolithic categories, the large contingent of Iraqis with roots in many traditions and backgrounds, in Baghdad and elsewhere, was left largely unrepresented.

The Iraqi political class, segregated along communitarian lines, and benefitting from lavish oil revenues, developed a system of patronage and clientelism that ensured its stranglehold on power, and allowed it to indulge in blatant expressions of kleptocracy: salaries, allocations, and privileges that were periodically boosted and enhanced, while much of the public services languished in disrepair.

Not only was the promise of an accountable government unfulfilled, the era of the former Prime Minister Nouri al-Maliki witnessed an open return to autocracy. The ‘gravitas’ of the state governed much of the discourse and actions of the former prime minister. In a perverse restoration of some of the facets of dictatorship, protest was labeled treason, and oppression was considered a necessary measure against conspiracies. The loss of much of the Sunni-majority territory to the Islamic State was in large measure a result of the abuse of power and mismanagement of public resources by the Maliki government.

Prime Minister Haider al-Abadi inherited a government trapped in structural dysfunction and burdened by urgent security needs. More than a year and a half into his tenure, he still fights to assert his ability for pro-active measures, rather than mere reaction. He may lack the patronage-based popular traction that some politicians have secured, and he is unassuming, and many would say uncharismatic. He may have not succeeded in meeting the expectations of the momentous assertion of the Iraqi civil movement that broke the factional dominance last year, but he has proven to be a determined executive in his drive to salvage the Iraqi political system through reform measures aimed at dismantling kleptocracy.

Abadi's primary approach is the streamlining of a bloated government that has expanded manifold over the years in the service not of the public, but of politicians. The prime minister has thus drawn massive opposition from entrenched interests. Some of the ‘support’ he has been receiving has also been questionable. The populist Sadrist movement has succeeded in sidelining much of the broad-based civil demands for reform, effectively hijacking the ‘street’ side of the anti-corruption movement. Breaking into the Green Zone, the government and diplomatic enclave, Sadrists attacked members of parliament and engaged in vandalism, recasting the reform drive as a riot—and inviting media portrayals of Abadi as impotent and lacking the ability to be in charge. Of particular concern was the circulation of a photograph of the Green Zone security chief subserviently paying his respects to Moqtada al-Sadr, the eponymous Sadrist leader. Abadi has ordered the restoration of law and order and the prosecution of offenders, and also announced measures to prevent a recurrence, including the replacement of the Green Zone security chief.

Abadi’s more substantive problems are that he is unable to secure the support of most members of parliament for his cabinet re-shuffle intended to implement administrative reform. The Sadrist blitzkrieg on the Green Zone now provides parliamentarians with plausible excuses to restate their reluctance to reform as an insistence on resisting hooliganism. The collective decision of many members of parliament is thus to sanctimoniously abstain from attending the sessions needed by Abadi to confirm his new choices for ministers. As a result, Iraq is entering a phase of constitutional confusion as to the validity of the authority of the current executive power.

Abadi needs the support of Iraqi civil society in order to keep his efforts focused on reform and to avoid their inevitable derailing were they to be equated with Sadrist demands. Tehran may not be responsible for the creativity of the Iraqi political class in perpetuating dysfunction, but it will gladly assert its role as a necessary mediator. With Iran leveraging its influence across the competing interests, Abadi needs the consistent backing from regional and international stakeholders, first and foremost the United States. The Obama administration has appeared uneven in its engagement with Iraq, but Vice-President Joseph R. Biden’s recent visit to Baghdad may provide some hope in this respect. Iraq’s parliament may have decided to obstruct the role of Abadi as the first executive, and the price of such obstruction in denying basic services to all Iraqis ought to be highlighted. Abadi, as commander-in-chief, is still able to assert his leadership in restoring to Iraq territories and communities lost to the Islamic State. Equipping, training, and enabling the Iraqi armed forces, and thus reducing the Iraqi government’s need to rely on militias—with their questionable allegiance to factional political forces and to Iran—will thus remain the main ‘ask’ of the United States. And Washington needs to deliver if Iraq is to proceed along a path of viable state consolidation.