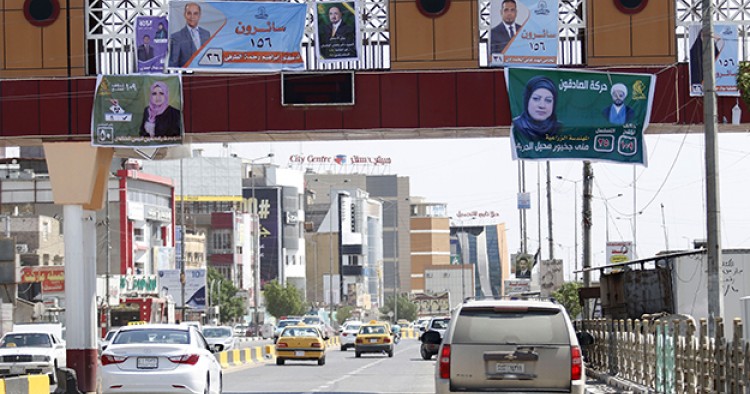 Fifteen years after the fall of the dictatorial regime of Saddam Hussein, Iraq is still engaged in the process of transitioning to a system of governance representative of its population. The new Iraq has experienced meaningful progress and serious setbacks. While the upcoming elections, slated for May, promise a further constructive push, Iraq faces serious structural impediments to progress—including a divisive political environment and significant social challenges in the wake of ISIS—and should expect incremental rather than revolutionary change.

With the recapture of Mosul and much of ISIS’s former territory, terrorism in Iraq has suffered a severe blow. Whether this amounts to a strategic defeat or a tactical setback will be determined by the ability of state and society to manage the economic and political aftermath. ISIS’s “resistance” strategy, adopted to counter an assault bound to overwhelm it, was intended to maximize material devastation and social dislocation as a means to seed a potential return. It is not clear that the Iraqi government’s response has been sufficient to address this potential time bomb. Instead, in the charged atmosphere of an openly partisan media scene and an unchecked online press, the victory over terrorism has been treated less as a moment of national unity and more as a focus for factional grievances, with warlords from the Popular Mobilization Units, a group of Iraqi Shiite militias also known as the PMU, seeking to ascend to political leadership through openly sectarian and partisan rhetoric.

Prime Minister Haider al-Abadi has articulated a narrative that positions his government as progressing from defeating terrorism to fighting corruption in the context of an inclusive non-factional coalition. With a respectable track record to bolster his narrative, Abadi had been expected to be a clear front-runner. However, his stature has been undermined by his inability to rally his own party around him, a result of questionable—albeit ephemeral—political alliances with warlords and publicly maligned politicians, and more dramatically by a negative media campaign seeking to cast him as the candidate of Saudi Arabia, the United States and the West, and as undermining the close Iraq-Iran relationship.

Iran continues to exert influence through both open and subtle alliances and upon the basis of the two countries’ aligned interests. The deeply fragmented Shiite political scene offers Tehran a multitude of avenues through which to usher in a ruling coalition that supports its interests. An electoral win by the militant, openly pro-Iranian PMU, whether directly by the warlords or their close political allies, would amount to a clear rebuke of attempts by Washington and Riyadh to curtail Iranian influence in Iraq. However, this would be a costly symbolic victory, with chaos—political and otherwise—likely to dominate the already precarious Iraqi scene to the detriment of more deliberate and incremental Iranian engagement with Iraqi society. A more productive approach—tested and validated over the years in Lebanon—favors choosing an Iraqi leader from outside of the pool of open allies of Iran whose alliances and interests are still quasi-dependent on Tehran. A prime candidate with such a profile is Abadi.

It is to the credit of the electoral system, and to the Iraqi electorate, that there is indeed some lack of predictability in the results. What is less mysterious, however, is the trajectory set by Iran’s decision to create and empower the PMU. Whether the leadership of the PMU join government as members of parliament—of which there is a high probability—or ascends to executive power, an improbable but not impossible outcome, what is certain is that the PMU, as a parallel structure of military, political and potentially economic power, are slated to compete with Iraqi state institutions. In Iran, where the paramilitary Basij have served as the de facto model for the Iraqi PMU, the duality of recruitment paths into military and para-military units with parallel commands has strengthened the hand of autocracy. In Iraq, however, the ultimate allegiance of the more powerful PMU groups is not to the nation, but to Iran’s supreme leader. The empowerment of the PMU is a detriment to the integrity of Iraq as a nation.

In the aftermath of a referendum exercise that demonstrated to Iraqi Kurds the limit—or lack—of external support, Kurdish political forces have been engaged in a more sober consideration of their alliances and alignments. The two main Kurdish parties’ duopoly on power is faced by its most serious challenge, with new political formations espousing different approaches to collaboration with Baghdad. In provinces where ISIS eradicated political structures and liquidated political opponents, attempts to revive political involvement are still tainted by a lack of trust in potential partners from outside the region and a lack of certainty in the future. Elsewhere in Iraq, a reinvigorated, if often frustrated, civil movement across the country is challenging the sectarian order, even if against most odds.

Due to both overwhelming geostrategic pressures and the fragility of internal structures, it is unlikely that the coming elections will be a tipping point in the quest for a genuine and lasting democracy in Iraq. Despite the continued prevalence of factionalism, corruption and risk of terrorism, the persistence of discussions about development, independence, rule of law and an inclusive national identity is cause for hope.