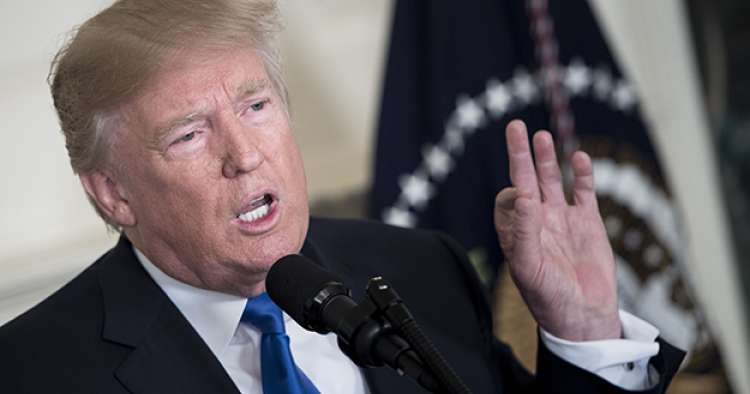 In this week's Monday Briefing, MEI experts Alex Vatanka, Randa Slim, and Randa Slim provide analysis on recent and upcoming events including President Trump's decision on whether to withdraw from the Iran nuclear deal, what this weekend's election results in Lebanon indicate about Hezbollah's standing in the country, and expectations for the outcome of Iraq's elections on May 12.

The British Foreign Secretary Boris Johnson is the latest top European figure to visit Washington to convince President Donald Trump not to scuttle the nuclear deal with Iran on May 12. In an effort to prod Trump to change his frame of mind on the question of how to tackle the Iranian question, Johnson invoked the memory of Winston Churchill, the darling of many of the hawks in the U.S. foreign policy community.

Johnson, and President Macron and Chancellor Merkel before him, have kept pressing to Trump that unless he can come up with a better plan to confront Iran, the idea of simply walking away from the nuclear agreement amounts to nothing but playing politics with an issue of grave consequence to international stability. Still, Trump is deeply vested in abandoning the nuclear deal. It is akin to his commitment to building a wall on the southern border. Alternative views and urging by others to change his mind appears to only make him double down.

Meanwhile, his closest advisors, such as John Bolton and Mike Pompeo have much deeper opposition to the Iranian regime. Rudy Giuliani told an Iranian opposition group this past weekend that Trump will not only pull out of the Iran nuclear deal; he wants to see regime change in Tehran. Johnson’s pleas will fall on deaf ears because for Trump, the ending of the nuclear deal is the first salvo in a larger campaign to come against the regime in Tehran.

Lebanese election not a broad win for Hezbollah
Randa Slim, Director of the Initiative for Track II Dialogues

Unofficial results of Lebanese parliamentary elections held yesterday indicate three general outcomes: 1. a consolidation of the Shiite vote under the Hezbollah-Amal Alliance—the alliance is set to secure 26 out of the 27 seats allocated to the Shiite community in the Lebanese parliament; a fragmentation of the Sunni vote with Saad Hariri holding the largest share of the seats allocated to the Sunni community, while more pro-Hezbollah Sunni political figures won seats; and a strong showing by the Lebanese Forces putting them in a position to claim a co-leadership role with the Free Patriotic Movement of the Christian community in Lebanon.

The spin in some DC circles has begun to interpret the unofficial results as a win by Hezbollah and its allies. This is a simplistic reading of the outcome. The unofficial results reflect a strong opposition among wide segments of the Lebanese society to Hezbollah’s policies in Lebanon and Syria. The low voter turnout in Beirut is partly to be read as a No vote against Saad Hariri’s accommodation of Hezbollah policies, and the strong showing by the Lebanese Forces, and Walid Jumblatt managing to fend off challenges to his leadership of the Druze community, also point to opposition to Hezbollah.

On the other hand, Hezbollah-Amal’s electoral showing has proven the narrative of growing dissent among Lebanon’s Shiite against Hezbollah wrong. Instead, the results show a Shiite community that still overwhelmingly supports Hezbollah’s policies—including the military intervention in Syria which has exacted a heavy toll among young Shiite men.

Iraqi Prime Minister Haider al-Abadi is the frontrunner in Iraqi parliamentary elections set for May 12. The question for Abadi is how wide his victory margin is going to be. With the fragmentation of the Shiite vote due to the split inside the Dawa party, the Sunni vote will play an important role in securing a wide margin of victory for Abadi. While in the past Sunnis mostly voted for Iyad Allawi against Nouri al-Maliki, Abadi has seen his popularity rise among Arab Sunnis.

The competition to Abadi comes from the right-wing of the Shiite political spectrum represented by the Popular Mobilization forces. Their Conquest list is expected to come second to Abadi’s Victory list, riding on their popularity in Shiite-majority provinces, especially in the south.

Similar to the elections just held in Lebanon, voter turnout might bring some surprising results. The Conquest list has a well mobilized and incentivized base that will head to the polls. While Abadi takes credit for the win against ISIS, to many voters his government and party are associated with corruption and the failed governance record of previous Iraqi governments led by Dawa since 2003.

There are several social media campaigns calling for a boycott of the elections. In his Friday sermon, Ayatollah Ali Sistani called on people to vote, stopping short of endorsing a candidate. He argued that the political process and the ballot box remain the best means to achieve progress, while cautioning against voting for people who are well known for their corruption and past failures. This was a not-so-veiled reference to Maliki.