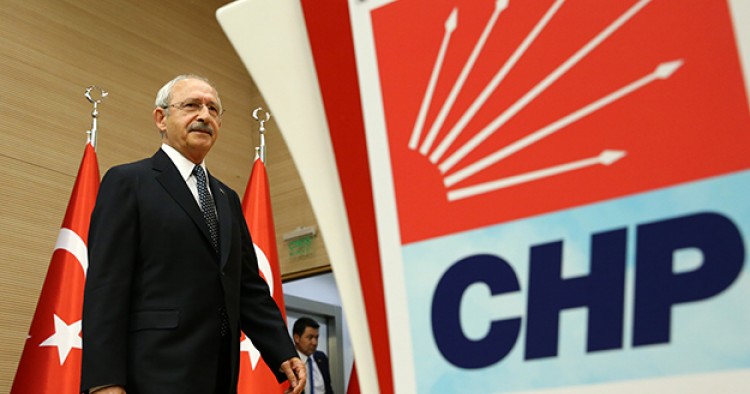 Turkey is going to the polls, again. On Apr. 18, President Recep Tayyip Erdogan called for snap elections, bringing forward presidential and parliamentary polls scheduled for November 2019 to this June. The vote will seal the country’s transition from a parliamentary system to a supercharged executive presidency. If Erdogan wins, many think it will be the final nail in the coffin of Turkish democracy. Should Erdogan lose, he will lose more than his grip on power. Stakes are high and all parties are bent on fighting tooth and nail.

The opposition has been scrambling to find a consensus candidate and had pinned its hopes on Erdogan’s old ally and former president Abdullah Gul. Gul has been critical of Erdogan on issues ranging from clamping down on dissent after the failed coup in 2016 to his handling of the economy. He is a well-respected figure within the ruling party’s base. He is viewed as the candidate most capable of drawing away votes from the ruling AKP and of appealing to the country’s Kurds, two constituencies critical to securing an opposition victory. But last week, after ten days of shuttle diplomacy among opposition parties and a visit by Erdogan’s spokesperson and the chief of the general staff to warn Gul not to run, he put an end to the speculation. He ruled himself out, saying a broad-based consensus among opposition parties, which would have made victory possible, had not been reached. With Gul’s announcement, Erdogan is a lot closer to victory in the upcoming elections.

Erdogan needs to garner at least 50 percent plus one vote to be elected in the first round. If no candidate receives a simple majority, the top two contenders will run in the second round two weeks later. Having failed to find a consensus candidate, the opposition parties will field their own candidates. The main opposition Republican People’s Party (CHP) is the largest opposition bloc, commanding around 20 to 28 percent of the vote. If Erdogan cannot secure a simple majority in the first round, it is highly likely that the CHP’s candidate will be running against him in the second round. That prospect should rattle the anti-Erdogan camp. The reason is the dismal state of the Turkish left.

Center-right parties have dominated Turkey’s political scene since the country’s first multiparty elections in 1950. The left only held power briefly in the 1970s and 1990s. The center-left CHP’s voter base has largely been confined to the secular, urban middle class. The party is strong in the coastal towns in the west and mobilizes large numbers in big cities such as Ankara and Istanbul. Due to the party’s troublesome past record on minority rights and religious symbols such as the headscarf, it has in the past failed to lure Kurdish and pious voters, the two critical constituencies that will determine the fate of the country in the upcoming elections. That means that if the CHP does not come up with a magic bullet, it will be extremely difficult for the party to beat Erdogan in the runoff.

Debate over the role of religion still weighs on Turkish politics. Erdogan has heavily relied on religious rhetoric and the “us versus them” narrative to rally his base, which felt neglected for decades under the rule of the secular elite. Erdogan very often accuses the CHP of being anti-religious, referring to the party’s policies during the single-party era in the early years of the Turkish republic. If the CHP candidate runs against Erdogan in the runoff, Erdogan is likely to use the same narrative to turn the campaign into a clash of identities. He will play on his supporters’ fear of returning to the old order in which they were treated as underdogs. This will divert attention away from the country’s economic woes, crumbling institutions, democratic backsliding and troubles in foreign policy, as well as solidify Erdogan’s base.

The CHP has a heavy burden on its shoulders. It has a historic responsibility to field a candidate who will shed the party’s image as a bastion of the old secular elite, appeal to the Kurds and the conservative religious heartland and address bread and butter issues. The CHP has to avoid Erdogan’s identity politics and frame the polls as a race between a dark future, one-man rule, economic hardships, corruption  and injustice on the one hand, and parliamentary democracy, economic prosperity and social justice on the other. After all, this may very well be the last exit for Turkish democracy.