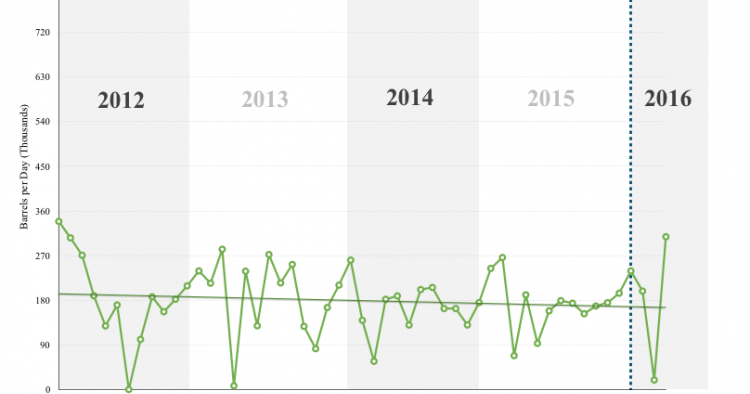 U.S.-European nuclear-related sanctions on Iran in 2011 resulted in a major reduction of Japanese crude oil imports from Iran, which were largely offset by increased purchases from other Middle Eastern producers. This pattern remained more or less intact through the end of 2015.[1]

The implementation of the Joint Comprehensive Plan of Action (JCPOA) in January 2016 made it possible for Japan to seek to restore Iranian oil imports to their pre-sanctions level. Initially, imports of Iranian oil did not rise as sharply as might have been expected due mainly to Japanese companies’ concerns about the adverse impact of remaining U.S. sanctions. However, in May, Japanese purchases rebounded strongly and (though not represented in the images above) continued through the end of July.[2] 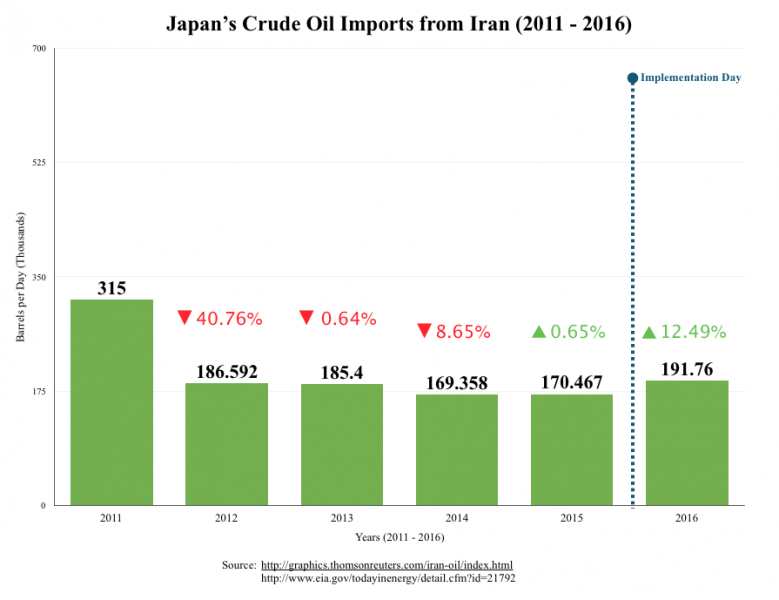 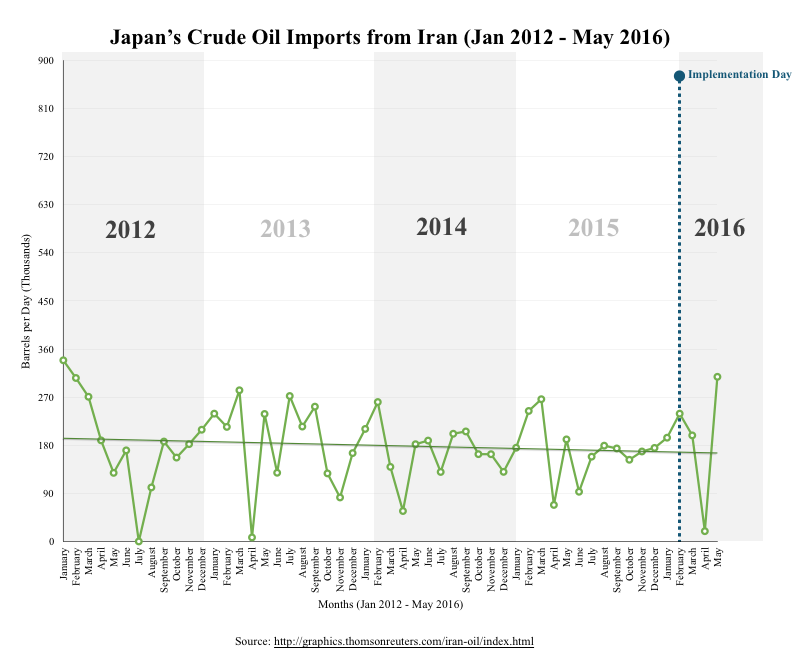