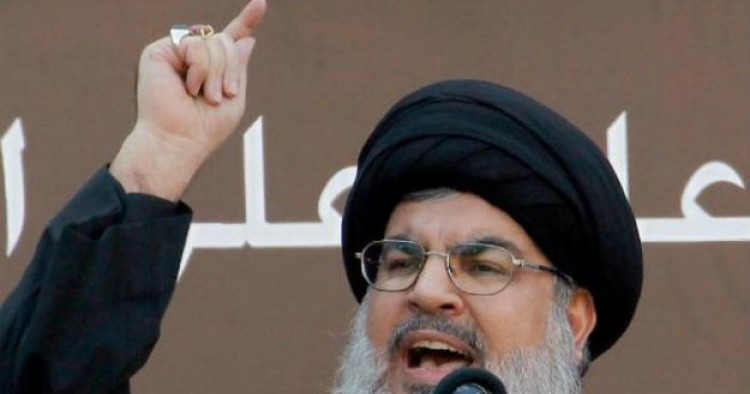 The presidential vacuum in Lebanon since May 24, when president Michel Sleiman’s term ended without the Lebanese parliament having elected a successor, is likely to continue until an electable candidate is found who respects Hezbollah’s military autonomy and does not challenge its Syria policy.

Parliamentarians in Hezbollah’s “Loyalty to the Resistance bloc” have played an instrumental role in delaying the election process by boycotting all nine presidential election sessions, contributing to the lack of quorum needed to select a president.  An anti-Hezbollah president cannot be elected because the March 8 bloc (of which Hezbollah is a part) can prevent parliament from achieving the required quorum.

Although the presidency holds little effective power, it still has some public impact, as Hezbollah was reminded when former president Sleiman, halfway through his term, publicly castigated the group for its role in the Syrian conflict. Senior Fellow for Middle East Security at the Brent Scowcroft Center on International Security at the Atlantic Council, Bilal Saab, says, “Having a Lebanese president who won't lead a domestic and international campaign against Hezbollah is critical for the group. The Lebanese head of state may not have much executive power but still commands moral and symbolic authority and does have some legislative and executive powers.”[1]

Michael Young, Opinion Editor of the Daily Star in Beirut, agrees: “Hezbollah wants to ensure that the President is not hostile toward them. While the President is weak in the executive sense, his constitutional role is first and foremost that as a symbol of the nation’s unity.” He adds, “Sleiman took a critical position with respect to the party and this was damaging to its image. As such, any president who articulates criticism of Hezbollah poses a problem.”[2]

Hezbollah MP Mohammad Raad affirmed that Hezbollah would only push for a candidate who both “protects and supports the resistance.”[3]

Hezbollah’s Syria policy is shaped in large part by geopolitical calculations and is unlikely to change, irrespective of the next president or even domestic Sunni, pro-Syrian opposition.  Hezbollah’s narrative on its Syria policy has shifted “from what was initially perceived as a political choice in support of a long-standing ally to a war of necessity to protect Shiites.”[4] While ideology and consequently clamping down on the Islamist takfiri threat plays a large part in its Syria policy, Hezbollah’s military involvement alongside the Syrian Army also seeks to maintain the party’s access to material support from Iran and Syria by “securing the lines of communication that run from Damascus to Lebanon from any rebel interference.”[5]

Its drawn-out military involvement in Syria, particularly in key battles alongside the regime in Qalamoun and Qusayr, has lost Hezbollah significant support among Lebanese Sunnis and Christians as a nationalist resistance. Its policy in Syria has been challenged domestically, thereby creating significant tension between Hezbollah and its rivals.

To safeguard its power against potential yet unlikely threats from a president critical of its Syria policy, it has reinforced its relationship with the Lebanese Armed Forces (LAF).

Hezbollah’s close coordination and strategic partnership with the LAF, particularly in the offensive on Sunni Islamist groups, both maintains the status quo and fills the security gap. Its relationship with the LAF has much to do with the party consolidating power and protecting its prerogatives in Lebanon.

In this sense, Hezbollah has been effective at utilizing the LAF to further its own interest vis-à-vis its Syria policy. While the Army remains an autonomous institution, Young argues that Hezbollah “seeks to shape the Army’s behavior in certain ways to achieve its own objectives.”[6] Bassel Salloukh, Associate Dean of the School of Arts and Sciences and Associate Professor of Political Science at the Lebanese American University, believes that Hezbollah and the LAF have “come to a modus operandi in the North where the LAF’s main task is to secure Arsal from Jabhat al-Nusra and protect the Lebanese side of the border and in parallel, Hezbollah’s task, alongside the Syrian Army, is to secure the Syrian side of the border.”[7] The party has successfully constructed an environment through which the LAF has become semi-dependent on it, giving the party better negotiating ground on the national scale and more power to go through with its military involvement in Syria without fear of a national backlash.

This interdependent relationship between Hezbollah and the LAF is independent of the presidential election. Saab explains that “Hezbollah is getting from the LAF exactly what it wants: intelligence cooperation and tactical/logistical support. This relationship will not change unless and until the regional environment dramatically changes.”

The June 29 Islamic State declaration of a caliphate extending from Aleppo to Diyala in northern Iraq may help Hezbollah domestically and regionally. Hassan Nasrallah has claimed that had Hezbollah not “intervened in Syria, the Islamic State of Iraq and Greater Syria would be in Beirut now.”[8] In reality, the Islamic State’s official presence in Lebanon dates back to the January 2 car bomb attack in the southern suburbs of Beirut;[9] in late June a fresh wave of attacks in Beirut were linked to the group and tight security measures resulted in arrests of ISIS members hiding in Beirut hotels.   Domestically, Hezbollah reaps greater credit for curbing an Islamic State threat, and regionally it means that Hezbollah gains more allies who are wary of the Islamic State and willing to essentially use force to accomplish Hezbollah’s objectives, particularly with the rise in suicide bombings in Lebanon and growing fear of a greater Islamic State advance in the country, as demonstrated by the group’s clashes with the LAF in the northern village of Arsal in early August.  While Hezbollah has expressed readiness to also confront the Islamic State in Iraq, such an intervention would be far more complex than their current involvement in Syria, as Lebanon does not share a border with Iraq.

With the regional heavyweights focused on Syria and Iraq, a regional deal between the Gulf States and Iran that could have facilitated the election of a Lebanese president acceptable to all parties involved is unlikely to take place soon. While the rise of the Islamic State provides a common threat for these regional powers, it touches on what is central to the raison d’etre of these states – religion and ideology. Hezbollah is likely to sustain its strong relations with Iran and the Assad regime as well as bolster relations with Lebanese security forces in curbing the Islamic State advance in Lebanon. This will serve to capitalize Hezbollah’s power domestically, fuelling resentment from pro-Syrian opposition rivals and drawing regional state and non-state actors deeper into the shadow war in Lebanon. The current regional configuration makes it extremely unlikely that Hezbollah will alter its Syria calculus in the near future.