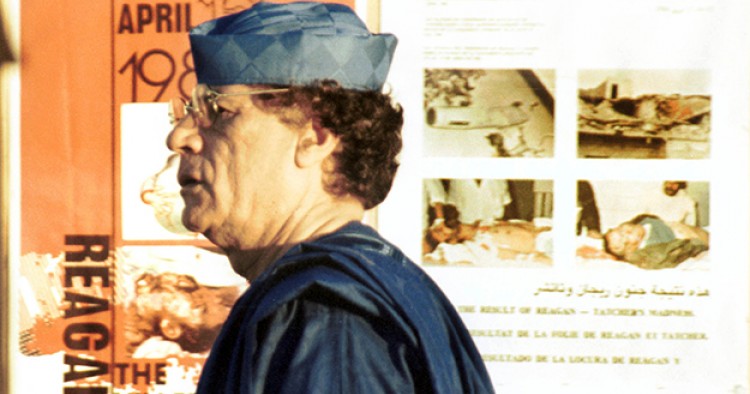 Since questions of post-atrocity accountability began to surface in regard to the “Arab Spring,” there has been interest in the pursuit of international-led justice in countries that have experienced uprisings, such as Bahrain, Libya, Syria, and Yemen.[1] There were calls for the involvement of the International Criminal Court (ICC) in both Libya and Syria.[2] The ICC has become involved only in Libya. However, this involvement has become mired in struggles that expose the challenges of a system that some regard as simply another expression of a profoundly undemocratic international order.[3]

The challenges surrounding the involvement of the ICC in Libya speak to many significant issues, impacting both the perceived legitimacy of the ICC generally and the administration of justice in Libya itself. The ICC’s involvement in Libya and lack of involvement in Syria positioned the Court to face criticism regarding its authority, reengaging questions of the legal and moral basis for its existence and prosecution of those it deems in violation of promulgated criminal law, as well as of the objectivity and justness of its legal structure as a legitimate system of law. At a time when the global perception of the ICC is perhaps weakest, particularly in the developing world, with African countries having just contemplated their withdrawal en masse,[4] the Libyan situation threatens it further. Indeed, the circumstances in Libya underscore the way in which the ICC is dependent on the potentially politically biased and self interested referral of United Nations Security Council (UNSC) members. Additionally, the ICC’s own choices in regard to indictments help to further entrench perceptions of partiality and bias. And the tug-of-war between Libya and the ICC over the prosecution of Seif al-Islam Qaddafi and Abdullah al-Senussi draws into question the limits of the ICC’s principle of complementarity (that is, the rule that the ICC only steps in when a country is unwilling or unable to prosecute) and raises broader questions about the roles and relationships between those inside and outside the country.

The Libyan situation highlights problems with the enterprise of international criminal law, which aims to protect and prosecute individuals but relies on states as principal actors. The ICC is a court independent of the UN, although its special relationship with the UNSC is being increasingly utilized to initiate investigations that could not otherwise be opened. The ICC is treaty based, and therefore the Court can establish jurisdiction in one of three ways: a member state can refer a situation, the Security Council acting under Chapter VII of the Charter of the United Nations can refer a situation, or the ICC prosecutor can initiate an investigation in accordance with Article 15 of the Rome Statute. The first and the third options can set in motion investigations concerning member states only. If the Security Council refers a situation to the ICC for investigation, however, the membership status of the state is extraneous. The UNSC is thus in the position of affecting the work and reputation of the Court by shaping its caseload by the concerns and self-interest of permanent members of the UNSC, a group that includes states that are themselves not members of the ICC and are therefore not under its jurisdiction (except by UNSC resolution). Because none of the Arab Spring countries (with the exception of Tunisia) is a member state of the ICC, the only way ICC investigations in those countries can be initiated is by means of UNSC referral.[5] This condition, then, coats the Libyan situation with a certain amount of negativity, as Arab countries can be seen to be bullied by more powerful states that themselves actively avoid the possibility of the same intervention.

However, with the exception of Libya, which the UNSC voted unanimously to refer to the ICC for investigation of its government led by Muammar Qaddafi, no other Arab Spring country has received attention from the Court.[6] On January 14, 2013, a letter sent by Switzerland to the UNSC on behalf of 57 states, including the United Kingdom, Germany, Botswana, Tunisia, Japan, and Costa Rica, called for Syria’s referral to the ICC.[7] The letter stemmed from global criticism of the UNSC’s imbalanced application of international criminal law, and the fact that it had given no indication that action to rectify the imbalance would be taken. At the time of writing, the UNSC has not addressed the letter. The lack of UNSC attention to Syria and other Arab Spring countries is arguably partly due to the ties between these countries and permanent members of the UNSC, which can protect their allies from investigation by blocking attempts to refer a case to the ICC. Bahrain and Yemen have close ties with the United States, and Syria has ties with both China and Russia. To some critics, this state of affairs reeks of politics.[8]

In Libya, the Court’s principle of complementarity has also led to animosity toward and/or resentment of the ICC. Though the ICC theoretically provides for the domestic prosecution of indictees, a struggle has ensued between the Court and Libya over which of the two should prosecute. In the end, the ICC decided that the case against al-Senussi is subject to domestic proceedings since Libya is willing and able to genuinely carry out the investigation;[9] this result may appease Libya, but it remains to be seen how the struggle or the resultant decision will affect the Court’s perception of Libyan justice.

One of the promises of international criminal justice is that it can step in objectively when a domestic system cannot. Domestic courts, while regarded by international law and by traditional Westphalian doctrine as the option of first discharge, are often the most poorly equipped to respond to widespread atrocities within their own territory because of biases for or against one of the parties to the conflict. A domestic legal system, since it is likely a new regime trying the old, can have a strong need for convictions and a desire for harsh punishment of the enemy; it can also have a particular need to distinguish itself from the past regime. The UN Human Rights Council's (HRC) International Commission of Inquiry on Libya, which was created to investigate violence against civilians,[10]  indeed showed that such a bias is evident in the country’s domestic judicial system. The commission reported how the system tends to rationalize thuwar[11] (anti-Qaddafi forces) human rights abuses, though it is also critical of the lack of accountability for thuwar.

However, it is important not to overlook the international community’s biases. Despite the fact that the International Commission of Inquiry on Libya’s mandate was to “investigate all alleged violations of international human rights law in the Libyan Arab Jamahiriya, to establish the facts and circumstances of such violations and of the crimes perpetrated and, where possible, to identify those responsible,”[12] there was a prejudice against one side of the conflict, namely Qaddafi’s forces, in that the resolution establishing the commission speaks of “the gross and systematic violations of human rights by the Libyan authorities.”[13] Kevin Jon Heller argues that “there is little question that the HRC created the Libya Commission not to ‘impartially determine’ whether the Qadhafi government was responsible for human-rights abuses involving civilians, but to confirm its belief that such abuses had already occurred.”[14]

Despite the fact that the Commission redefined its mandate to focus on alleged violations committed by all parties, including “abuses by those who rose up against the Qadhafi government,”[15] its report nevertheless established “a problematic tendency to rationalize thuwar human-rights abuses as regrettable but understandable reactions to the repressiveness of the Qadhafi government.”[16] In doing so, it reinforced a bias that condones atrocities committed in furtherance of the “right side” of the conflict or as an emotional reaction to previous crimes at the same time as it condemns both sides of the conflict as perpetrators of grave abuses.

Subsequent to the UNSC’s referral of the Libyan situation to the ICC, the Court issued arrest warrants for Muammar Qaddafi, Seif al-Islam Qaddafi, and Abdullah al-Senussi for crimes against humanity (murder and persecution) allegedly committed in Libya in February 2011 through their control of the state apparatus and security forces.[17] The case against Muammar Qaddafi was formally terminated due to his death in October 2011.[18] Shortly after his killing, claims surfaced that anti-government rebels were responsible for wrongdoing in his death as well as for other crimes against civilians in the period of conflict that led to the overthrow of Qaddafi and his regime.[19]

The report of the International Commission of Inquiry on Libya concluded that there was evidence of international crimes committed by both pro-government and anti-government forces in Libya (Section III). Specifically, the report concluded that crimes against humanity and war crimes had been committed by Qaddafi forces and that the thuwar committed serious violations as well, including war crimes and breaches of international human rights law, the latter of which were continuing at the time that the report was presented.[20] Notwithstanding the conclusions of this report, the ICC indicted actors on only one side of the conflict.

Then-Chief Prosecutor of the ICC Luis Moreno-Ocampo claimed that if Qaddafi was killed in custody, there was the possibility that it was a war crime, and he claimed that Libya’s interim rulers, the National Transitional Council (NTC), were asked about their plans to investigate alleged war crimes by all parties, including the rebels.[21] Under international pressure, the NTC promised to investigate how Qaddafi and his son Mutassim were killed. Seemingly, then, there were initial attempts to present the picture of an even-handed investigation of war crimes committed by all parties to the violence. Moreno-Ocampo asserted that the ICC would step in under complementarity measures if the Libyan authorities were unable or unwilling to take action.

However, since then, little movement has been made beyond reiterations by the current ICC Chief Prosecutor, Fatou Bensouda, that even-handed justice must be a priority. Bensouda addressed the UNSC and called on Libya’s authorities to ensure that justice is served in relation to any crimes committed during the overthrow of Qaddafi’s regime.[22] The lack of movement may stem from a number of factors: the international community’s bias against Qaddafi’s regime and its desire to condemn pro-government forces; the ICC prosecutor’s own biases; the ICC’s fear of getting further engaged in the Libyan situation given the current condition of the Court’s involvement in the country; or a genuine lack of belief that there is reason to support additional indictments. Nevertheless, perceived partiality can be a threat and does little to support the claim that the ICC is more objective and therefore in a better position to administer post-conflict criminal justice.

Currently, all situations brought before the ICC are from countries that can be regarded as international society’s “outsiders,” to use Gerry Simpson’s term.[23] Middle Eastern states, more so perhaps than African countries that until now have comprised all of the cases before the Court, have been resistant to join the club. Regrettably, the situation in Libya is not helping to bolster positive feeling about the Court or about relations between the Middle East and the West.

[5] Bahrain, Egypt, Syria, and Yemen are all signatory states, each having signed the Rome Statute in 2000, but none has ratified the statute and all are therefore not full members or under the jurisdiction of the Court.

[16] Heller, “The International Commission of Inquiry on Libya,” 10.