Linking the past to the future: Economic diversification and tourism in Oman 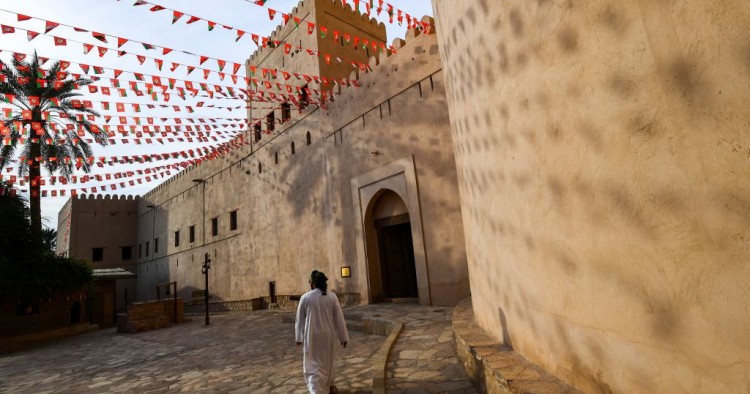 Oman’s story over the past five decades is one of success. In late 1960s, it was a poverty-ridden country with no modern infrastructure and an average life expectancy of a mere 50 years. There were just a little over six miles of paved road, three schools enrolling around only 1,000 boys, and fewer than 20 medical facilities in the entire country. The ascension of the late Sultan Qaboos to the throne in 1970 was a turning point. In just under 50 years, the late sultan managed to transform Oman into a modern economy with all of the associated infrastructure — highways, container ports, high-speed internet, dams, and water desalination plants — as well as a plethora of cultural, educational, and health care facilities. Today Omanis enjoy living standards, measured in terms of GDP per capita (PPP), at the level of many advanced economies. According to IMF 2020 estimates, Oman’s GDP per capita (PPP) is around $48,593, just below that of France ($48,640) and above the UK ($48,169). Average life expectancy is at 77 years and the literacy rate exceeds 96 percent.

The late sultan’s ambitious development plans were largely financed through energy exports, which depending on oil and gas prices generated somewhere between 65 and 85 percent of annual government revenues over the past three decades. However, unlike most of its Gulf neighbors, Oman’s hydrocarbon endowment is extremely limited. As seen in Tables 1 and 2 below, Oman’s oil and natural gas reserve-to-production (R/P) ratio is only 15 and 18.5 years, respectively. In other words, without new oil and gas discoveries and at current production levels — which are relatively low compared to other Gulf economies — Oman’s oil and natural gas reserves, the main source of government revenue and development finance, will run dry in 15 and 18.5 years, respectively. This means that moving into the future Oman’s development strategy cannot and must not depend on oil and gas export revenues, and these energy reserves will have to be safeguarded to meet growing domestic needs for decades to come.

The need to diversify — and quickly

Facing this reality, Oman’s new ruler, Sultan Haitham, who ascended to the throne in January 2020 following the death of Sultan Qaboos, needs to act quickly. He only has a short timeframe in which to aggressively diversify the country’s economy and reduce its dependency on hydrocarbon exports. Moreover, this already difficult task is further complicated by the twin challenges of the global coronavirus pandemic and low oil prices, both of which limit the government’s fiscal room for maneuver.

One obvious sector that Oman should consider expanding rapidly is its tourism industry, although it will undoubtedly take some time for international travel to recover from the effects of the pandemic. Oman is endowed with many natural, historical, and cultural treasures. The country is home to five UNESCO World Heritage sites: the aflaj irrigation systems; the ancient city of Qalhat; the archaeological sites of Bat, Al-Khutm, and Al-Ayn; Bahla Fort; and the “Land of Frankincense.” Considering the security problems in many MENA countries, Oman is one of the few remaining safe destinations in the region for those who want to experience authentic traditional Arab culture while also enjoying diverse natural and historical attractions. Although tourism is identified as one of the five priority sectors under the sultanate’s Ninth Five-Year Development Plan — alongside manufacturing, transport and logistic services, fisheries, and mining — the estimated share of tourism in Oman’s GDP was only about 2.9 percent in 2018, a figure largely unchanged from 2016.

For tourism to contribute meaningfully to Oman’s economy, making up at least 10-15 percent of the GDP, the country needs to significantly boost investment in the sector. To put this into perspective, for 33 countries — most comparable to Oman in terms of the size of their economies — tourism accounted for 10 to 60 percent of their GDPs. For example, tourism accounted for 10.3 percent of Bahrain’s GDP, another GCC country that lags far behind Oman in terms of touristic attractions. In more than 100 countries around the world tourism contributes a greater share of GDP than it does in Oman. Therefore, given the sultanate’s rich and diverse set of natural, historical, and cultural attractions and its status as one of the MENA region’s safest destinations, it is certainly feasible for tourism to account for 10-15 percent of country’s GDP without being forced to compromise too much on other fronts.

Given the Omani government’s limited resources, accomplishing this objective will require it to tap into foreign direct investment and public-private-partnership schemes to finance the development of its tourism industry. One potential way forward is for Oman to partner with investors from wealthier GCC economies — such as Qatar’s Katara Hospitality — that are actively looking into international hospitality and tourism as a way of diversifying their investment portfolios. For example, Katara Hospitality is currently converting a former palace in Tangier, Morocco into a five-star hotel/resort complex, which is expected to open in the first quarter of 2021. By comparison, Oman’s high-end tourism offering remains relatively limited. Furthermore, the country needs to do a much better job in marketing Oman as a safe, attractive, and appealing tourism destination to global clients. Currently, around 50 percent of tourists visiting Oman are citizens of other GCC countries, including Omanis residing outside of the country. Omani embassies and cultural centers around the world can play a crucial role in marketing the sultanate’s touristic attraction and in facilitating travel there.

Job creation must be a priority

While a rapid diversification strategy is inevitable, the sultanate must also be mindful of the employment needs of its growing young population. Currently, about 60 percent of Oman’s population is below the age of 34, with 40 percent between the age of 15 and 34. Therefore, any economic diversification and development strategy must ensure the sustained creation of tens of thousands of jobs per year for the next several decades. This will require labor-intensive projects to play a significant role in economic diversification and development efforts. In the case of the tourism industry this translates to less investment in capital-intensive luxury hotels and resorts and more investment in labor-intensive tourism schemes that provide an authentic Omani experience through guided tours, activities, and traditional lodging and hospitality.

The late sultan’s challenge was to transform Oman from a poor and underdeveloped society into a modern economy in less than five decades, while ensuring political stability and domestic security and establishing friendly relations with its neighbors in a region rife with conflict. In addition to maintaining stability and peaceful ties with its neighbors, the main challenge facing Sultan Haitham will be to diversify Oman’s economy in less than a decade while also ensuring sustained economic growth and adequate job creation.

Time is running out fast, however, and the traditional economic diversification policies and recipes may not be able to successfully address the urgency facing Oman, especially given the added challenges presented by COVID-19 and low oil prices. The sultanate must think of creative solutions and be open to entertaining non-traditional diversification strategies and economic policies.