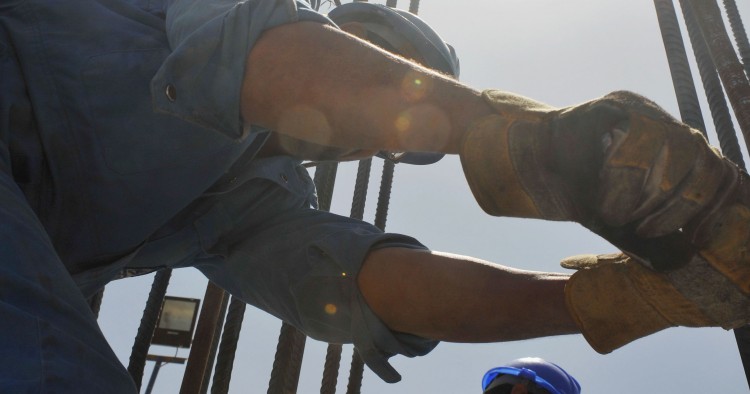 Studies of Gulf women migrants focus on the most noticeable or “problematic” categories — domestic workers and the sex trade — and are generally policy-driven short surveys, using data collected in the Gulf itself. While attempts are sometimes made to deepen reports, by means of snippets of interview data, deep qualitative material remains sparse.[1] Gamburd’s landmark work,[2] although based only upon research in Sri Lanka, explores with exemplary nuance questions of the impact of Gulf migration upon various aspects of South Asian women’s family lives, such as their religious subjectivities, mothering styles, domestic practices, mobility, and dress preferences. Multi-sited studies enriched by[3] data collection in both the Gulf and the sending state are slowly emerging.

Since 1989 I have been conducting ethnographic fieldwork in India and in various Gulf states among women from the state of Kerala. Keralites (Malayalis) long represented the largest demographic among Gulf migrants, and Kerala is still the Asian space enjoying the tightest links to the region, thanks to a long history of transoceanic trade, marriage, and religious ties.[4]

The first point to appreciate is that, as among males, the category of “migrant” woman immediately breaks down into so many sub-categories so as to become practically analytically useless. Malayali women come from Muslim, Christian, and Hindu families; matriculation fails through to postgraduate degree holders, housemaids to medical doctor-cum-hospital owners, working class through to super-elite; they hail from rural villages, small towns and big cities; are employed in business or as unwaged homemakers; they are young dependent singles living with Gulf-based families, working wives, and mature grandmothers running two households — one Gulf and one Indian, between which they constantly shift. Many Kerala women have been raised and educated in the Gulf, gone to Kerala for a brief period of college, marriage, and childbearing, and then have returned to be with their Gulf husbands, whether early, and with dependent children who will themselves then become “Gulf kids” or later on, once the children are less dependent and can be left in boarding schools or with other relatives, or are of college age. The Gulf also affects those at home, notably the “Gulf wife” — the “bachelor migrant’s” stay-behind partner.[5] When we imagine the “migrant woman,” her migration motivations, experience, evaluation, future strategies, vary enormously according to how she is socially situated.

The biggest difference between male and female migrants is women’s overwhelming degree of connectedness with family networks and especially to their children. While men in the Gulf are always workers or job seekers, providers for natal or marriage families, many Gulf Indian women are dependent homemakers. Men’s experience and conversations revolve around contracts, sponsors, work visas, wage rates, etc., but women’s is more refracted through marriage and children: Even young, unmarried women schoolteachers will save their own dowry and think about improving their marriage chances through the prestige of “Gulf” connections and experience.

Young married women are utterly preoccupied with children’s schooling and paying fees for the best English medium school they can aspire towards. The richly segmented Gulf societies, with layers of ethnic and class hierarchies and a private school for every layer, open up wider worlds of aspiration to migrant women. In the Gulf, a matriculate rural woman will become aware of a wider range of job opportunities and skill requirements, and may have higher ambitions for her children’s education and future employment than she would have back home. Women’s participation in family decisions about migration strategies, and their opinions and wishes, tend to be expressed in terms of effects upon the entire family, and to be very heavily future-oriented.

Religious community, as intersected by social class, emerges as the biggest influence upon women’s experiences and evaluations. Here, Indian communalism articulates with the Gulf’s own ethnicized and religious population segmentation. While many knew that Malayali women were heavily represented in Gulf hospitals in nursing staff,[6] in the early days, these nurses were overwhelmingly drawn from the Christian communities, where values of education and female employment, and a strong orientation towards ideals of being “modern” and achieving material progress are strong, and where largely Hindu ideas about ritual pollution and female respectability through religious segregation (practiced by Hindus and Muslims) are less pronounced. The Gulf offered Indian Christian women — a minority at home — chances to use their education, save money and find a stepping stone towards further migration to the United States.[7] Observing the rewards, Hindu and, recently, also some Muslim families are allowing their daughters to work as nurses.

Meanwhile, many long established Muslim entrepreneurs are prosperous enough to maintain two homes, and to keep their entire family with them most of the time in the Gulf. Here, ideals of what it means to live a good Muslim family life and practices of female domesticity and respectability — which may mean gender segregation or employment limitation — hold sway. It is not surprising, given their very low workforce participation rates, to find that many Kerala Muslim women’s talk about the Gulf revolves around twin poles of a valued lifestyle — Islamic and consumerist — and stresses the positive impact which migration and this lifestyle will have upon their children’s future. Gulf women’s entry into public sphere does not seem to have much impact upon Muslim Kerala women, who are often critical of Gulf women on various real and imagined counts — freedom of movement, later marriage, dating and adultery, use of cosmetics, “lavish” consumerism, and lack of mothering skills and interest.

Kerala migrants and non-migrants alike place the Gulf region within a “rhetorical difference triangle” with the homeland and an imagined “West.” Religious identity becomes highly salient in migrant imaginations, and feeds into the troping of three topoi through simplified notions of religious identity and a sense of cultural-social “fit.” A — necessarily crudely sketched — general tendency is that Hindus sentimentalize the homeland, hold feelings of deep alien-ness and even fear and mistrust in the Gulf (linked heavily to the normalization of anti-Muslim feeling and negative stereotyping within India). Many migrants have no desire to remain in the Gulf for the long term but hope to amass enough money to retire or start up a small “time pass” business back home. Many Hindu women and children are kept away from the Gulf entirely, protected in the “safe” space of the homeland, where women act as place-holders for their absent husband. These women pick up their returned men-folk’s tales, snippets of scandal or outrage — trafficking, labor laws, lack of freedom of faith — from newspapers, weave them into pre-existing anxieties about Muslim people, practices (e.g., veiling) and spaces, and imagine “the Gulf” generically as a place fraught with danger and hostility for Hindu women, a space from which one hopes to extract material wealth while protecting the self.

Christians express appreciation for Gulf modernity, cosmopolitanism and its opportunities for career and personal development (e.g., world class children’s private education, exposure to globalized systems and spaces) but assess the Gulf as ultimately both “backward” and alien, often aiming to use Gulf migration as stepping-stone to further migration towards “The West” (usually the United States). It is Kerala’s Muslims who express both the deepest nuance and appreciation of differences between Gulf states, and also the happiest sense of “fit,” such that life in the Gulf may appear as both an utter relief from the trials of being a marginalized and increasingly mistrusted and mistreated minority in the homeland and as something akin to a pilgrimage or Sufi journey — offering the chance to live in a properly Islamic environment and hence improve one’s piety and one’s ultimate self development. As in the other communities, negative issues are aired — such as resentment over Arab privileges, or dismay at failure to find true “Muslim equality and brotherhood” — still Muslim women often speak glowingly of what they perceive as an almost perfect combination of excellent amenities — education, parks, healthcare, shopping — and Islamic ambience.

Exposure to an environment which is at once multi-ethnic and overtly (if very unevenly) Islamic seems to enhance women’s already sharp sense of religious belonging and encourage production of an imagined mapping of globalized religious communities onto space. Women then negotiate these spaces under an imperative to search out the best for their children’s future.

More ethnographic work on female migrants seems likely to reinforce the findings that women find their ethnic and religious identities heightened in the Gulf, which is perceived, despite unevenness, as an Islamic space; and that “reproductive futurism,”[8] specifically concerns about children and social mobility in the next generation, are central to women’s migration strategies.

[1]. Migrant Forum in Asia, “2009 Women Migrant Workers in the UAE: Not Quite in the Portrait, http://www2.ohchr.org/english/bodies/cedaw/docs/ngos/MigrantForumAsia_U….