The Middle East and the Global Energy Transition 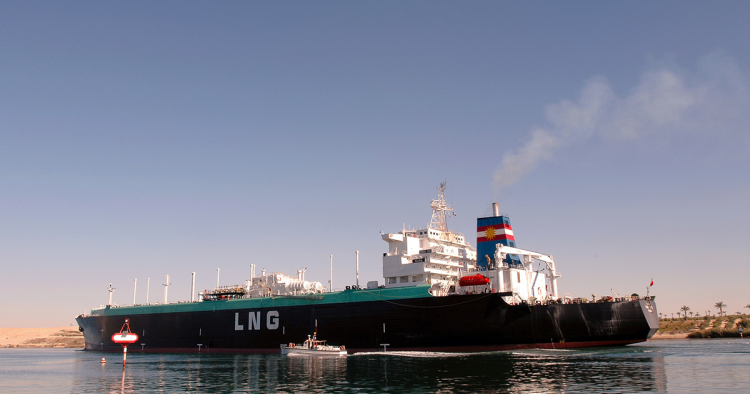 The Middle East is at the center of our global energy transition and we can expect the next five to ten years to be a period of difficult transformation, but also unique opportunity for oil and gas producers. The goal of the transition is to attempt to limit the increase of the global average temperature to below 2°C and achieve a net-zero emissions energy system by 2050. The early stage of the transition in the next five years presents a chance for the Middle East to be a bridge in terms of new technology, cleaner hydrocarbon production, and innovative change in the delivery of electricity from renewables. There is also the advantage of strong medium-term oil demand that investors are not running to meet, as capital expenditure in upstream oil and gas plummets in 2021, expected to reach less than half of its 2014 peak of $752 billion. For now, it's "Drill, baby, drill," but in five to ten years, the mantra may be "Sell, baby, sell," (or "We wish we had sold,") as national oil companies (NOCs) seek to streamline their portfolios and offload some of their assets to distribute risk. Distributing risk among partners will bring some privatization to traditional oil and gas operations but will also pull producers closer to their customers (predominantly in Asia), both politically and economically.

While state-owned oil and gas businesses will reap the rewards of higher prices now, there are few expectations of major policy innovation across the Middle East, in terms of reduced domestic energy consumption and limits to extractive industries. Government targets of renewable energy production for electricity are ambitious in a few places (e.g., Djibouti aims for 100% renewables by 2035), but execution has been limited; the Middle East generates less than 2% of its electricity needs from renewable sources (excluding hydropower) and many governments heavily subsidize the cost of power (whether or not they are hydrocarbon producers). Morocco stands out as a leader in using 35% renewable energy for its domestic energy mix; but this comes as a result of years of investment and collaboration with European Union efforts to incubate the sector. For MENA oil and gas producers, the shifts now and for the next five years are likely to concentrate on: monetization of existing resources, changing products to meet consumer preferences (whether making liquefied natural gas [LNG] or oil "cleaner" in its extraction, or investing in non-carbon energy carriers like green hydrogen along with improving expertise in petrochemical production), and concentrating on market share and customer relationships.

While competition for export markets will reconfigure geopolitical ties abroad, at home the Middle East will be ground zero of 21st century domestic contestations over state utility service delivery and the ability to demonstrate competence in natural resource revenue distribution. A lot can go wrong, but it will be in the interest of the United States and the key consumers of Middle East energy products in Asia and across emerging markets to invest not just in state efforts to master the production of renewable energy sources like solar and green hydrogen, but to encourage the decentralized potential of renewables in distributed solar power and independent power producers that can operate across national and even regional grid systems.

If this is indeed the next and last oil boom, there will be a period of re-fitting within the region’s NOCs to transform their businesses to include interim fuels like LNG, and to double down on petrochemical production, while also making advances into new energy products like solar and green hydrogen for electricity generation and non-carbon energy carriers. And across the Middle East, the dominance of NOCs will see some regional behemoths with significant advantage in access to capital, either through debt or asset sales and new investment partnerships. This interim period will also see some consistent demand for oil products, particularly in aviation and maritime transport fuels, and in heavy industries for the production of cement, aluminum, and steel, for example.

However, for those countries now just beginning to consider shifting domestic electricity generation from oil and gas-fired plants to renewables, there will be a considerable lag in access to the financing to build new plants and the process of updating grid systems and delivery of new power production. Here the United States, international financial institutions, and those Western and wealthy states driving the policy consensus toward a net-zero emissions energy system have an obligation to facilitate capital flows for the construction of renewable power infrastructure.

As a region, the Middle East will retain its share of hydrocarbon production in a market that may see reduced production in many other geographies, because of diminished investment in exploration and production, and because of a dynamic policy landscape that discourages new oil and gas extraction. With the blessing of low-cost production and generally lower CO2 emissions associated with oil production, some Gulf producers (notably Saudi Arabia, the UAE, and Kuwait) will be able to leverage their capacity with shifting consumer preferences in cleaner sourcing. In the gas market, the same consumer preference is already shaping a market for low-carbon LNG, and gas has more runway to grow as a share in the global energy consumption mix through 2040. There will be new inequities both among oil and gas producers in the Middle East, and between those exporters and their importer neighbors in the region. We can expect new trade flows and new kinds of product demand, as demand for gasoline for internal combustion engines may decrease in the West; demand for liquified petroleum gas, naphtha, and ethane are likely to grow; and as the petrochemical industry will see continued expansion, especially in emerging markets.

In new opportunities, some oil and gas producers in the Middle East will lead innovation in technology to enhance hydrocarbon extraction, making it cleaner to produce. "Designer hydrocarbons" will help meet emissions targets and stand out to consumers, along with providing efficiencies for producers and their revenue streams. For example, in Oman, the Miraah project uses solar power to generate steam for advanced oil recovery. And there are projects in Saudi Arabia advancing carbon-capture techniques to convert CO2 emissions into feedstock for petrochemicals. But the ability to buy and use new technology is not the same as mastering it for export and dominance across the regional market. Here there is tremendous opportunity for investment and competition to meet the region's economic growth challenges.

Karen E. Young is a senior fellow and founding director of the Program on Economics and Energy at the Middle East Institute.