Middle East Democracy: Recommendations for the Next President 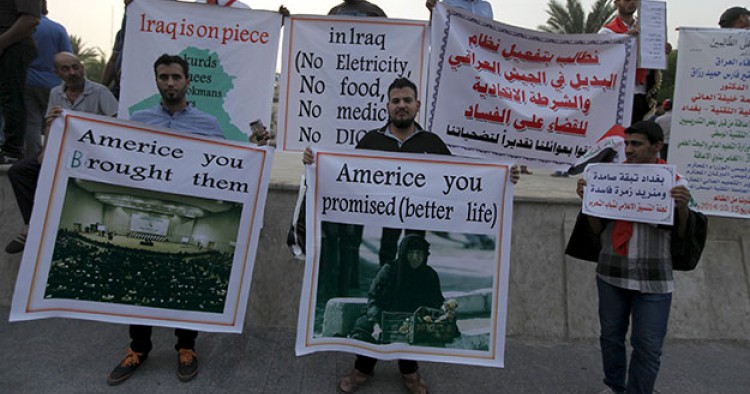 The Middle East and the transnational threats it has spawned have been a focal point of debate among U.S. presidential candidates in 2016, suggesting the region’s turmoil will demand time, diplomacy and resources irrespective of who wins office. While the region’s various conflicts receive the attention of presidential hopefuls, the key question of democracy promotion and human rights in the Middle East is being neglected or even scorned. All candidates have thus far shared a reluctance in becoming too entrenched in the Middle East’s woes, but failing to address the dearth of democracy and personal liberties in the region, and pursuing a military-only approach, will not resolve the region’s instability. Charles W. Dunne, MEI scholar and former U.S. diplomat, argues that the next U.S. administration should steer its policy toward democracy promotion across the region. 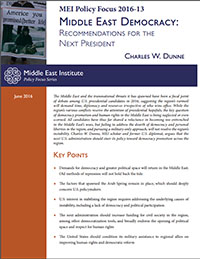