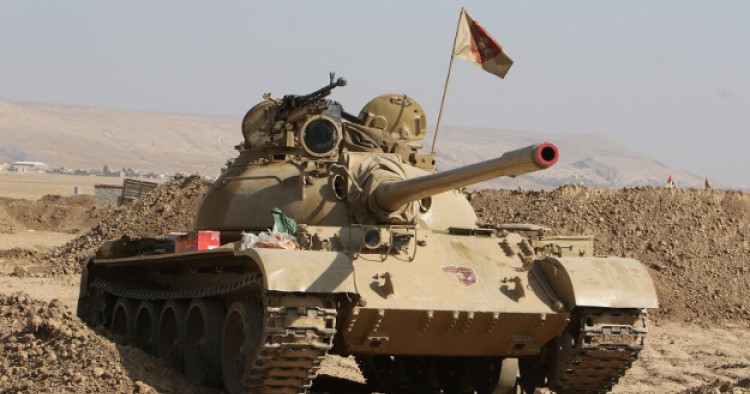 In this week's Monday Briefing, MEI experts Randa Slim, Robert S. Ford, and David Mack provide analysis on recent and upcoming events including updates on the battles for Mosul and Aleppo, and the potential meeting of Libyan factions currently locked in a stalemate.

Faleh al-Fayyad, Iraq’s national security advisor, announced yesterday that the Popular Mobilization Units (P.M.U.) will join the second phase of the Mosul battle tasked with specific objectives: liberating Tal Afar, reaching the outskirts of the city of Mosul without entering it unless ordered to do so by the prime minister, and cutting off ISIS fighters in Mosul from Raqqa, their base in Syria. There are domestic and regional drivers for this announcement.

Domestically, the Iraqi prime minister is trying to placate the right-wing camp inside the Shiite governing coalition led by former Prime Minister Nouri al-Maliki, which has been pushing for P.M.U. involvement in the Mosul battle. Not letting the P.M.U. participate in the Mosul battle would have strengthened this camp’s political support inside the Shiite community, which views the P.M.U. favorably. Liberating Tal Afar, home to a large number of Shiite Turkmen prior to the ISIS takeover of Mosul in June 2014, offered the perfect rationale for sanctioning the Shiite P.M.U.s’ involvement. The fear is that if the P.M.U. commit human rights violations in Tal Afar against Sunni Turkmen, as they did in Fallujah against its Arab Sunni inhabitants, Turkey will be forced to come to the former's rescue. This will in turn push the P.K.K. to join the fray, fighting with the P.M.U. against Turkish forces.

At its core, the Baghdad-Ankara row is about who governs Mosul post-ISIS. Ankara wants their point man, Atheel al-Nujaifi, former governor of Nineveh province and head of the local militia known as the Nineveh Guards, to take the lead. Baghdad, backed by Tehran, wants to cut the road to Nujaifi’s return to Mosul. Recently, Iraqi federal court issued a detention warrant for the former governor accusing him of espionage and facilitating the entry of Turkish forces into Iraq. The P.M.U. positioned on the outskirts of Mosul can play a deterrent role, serving as the counter force to Nujaifi’s Nineveh Guards.

Fighting around Aleppo has escalated after the opposition last Friday launched attacks on government held-west Aleppo in an attempt to break the siege on the opposition-held eastern part of the city. The battle is far from finished, but four developments stand out:

Russia curtailed its airstrikes on opposition-held parts of Aleppo last week, but there were social media reports on Sunday that the tempo of Russian operations had increased noticeably. That increase coincided with a meeting of the Russian, Iranian and Syrian foreign ministers in Moscow after which Russian Foreign Minister Sergey Lavrov said all three countries are determined to confront terrorism in Syria “to the end.” Interestingly, the Russian and Syrian foreign ministers both spoke publicly about provision of economic aid to the weakening Syrian government, and Lavrov even mentioned that Western countries should eventually create a “Marshall Plan” program for Syria.
Also notable were social media reports that rebels along the Jordanian border for the first time since the spring had opened an offensive against Syrian government positions. If true, this would increase pressure on Syrian forces to the north near Damascus that have been making significant gains in recent months. There is hope that Libyan leaders and representatives of key governments—both Western and Arabs—will meet in Washington this week to revive the process of forming national political institutions. Continued inability to drive out remnants of ISIS from Sirte, stubborn intra-Libyan fighting in Benghazi, failure to reopen most of the oil terminals, the declining purchasing power of the Libyan Dinar, and general economic stagnation require Libyans to subordinate their struggle for power to the common interest.

In principle, the United States, key European and Arab governments are united in supporting the mandate of the nine member Presidency Council and its president, Fayez Serraj, to head the executive branch of a Libyan unity government. For months, however, the last Libyan elected parliament, sitting in rump form in Tobruk, has failed to endorse the cabinet appointments of the P.C.

A large problem has been finding a national role for Hifter that would satisfy his aspirations, without alienating his opponents in various militia groups, notably those in the city of Misrata. Squaring this circle will require both sensitive diplomacy and pressure from key international governments on the factions with whom they enjoy influence. Hifter’s arrival in Abu Dhabi late last week for talks with the U.A.E. may indicate that a deal is in the works. Trapped in spirals of insecurity and economic decline, the contending Libyan factions are coming under popular pressure within Libya and, hopefully, pressure from a united international community to break the stalemate.