The New Iraqi Prime Minister: A Change in Style or Substance? 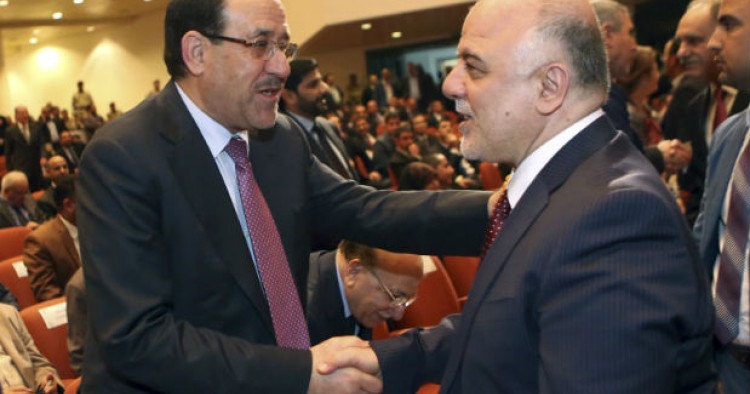 During his first week in office, Iraq’s new prime minister, Haydar al-Abbadi, has made a number of significant announcements, ranging from highly symbolic moves to more wide-ranging initiatives. Signs of divergence between Abbadi and his predecessor, Nuri al-Maliki, are clearly visible.

In the first place, Abbadi has announced an end to Maliki’s grandiloquent practice of styling himself “dawlat rais al-wuzara” (an untranslatable honorific that smacks of old Ottoman and Persian as much as of Arabic) instead of just “prime minister.” Maliki had begun using the appellation as his concentration of power grew stronger, and his most loyal adherents would use it copiously, often to the astonishment of outsiders (who found it somewhat baroque). Abbadi’s practice of sitting with his PM deputies at his side in his first cabinet meetings seems indicative of a more collegial style of leadership than Maliki, who mostly chaired the meetings alone.

In a somewhat more substantial indication that he does not want to be seen as a strongman with too much power centralized, Abbadi has also announced that his portrait should not be used to adorn public offices and army installations—unlike Maliki, who encouraged the practice (especially in his role as commander in chief of the armed forces). This is again a symbolically powerful move that directly serves to underline Abbadi’s declared intention of reforming the Iraqi security forces—to instill greater professionalism and discourage personal patronage structures.

During his first days in office, Abbadi announced that henceforth no civilian areas of the country would be shelled or bombed in air operations, even if they contained elements of the Islamic State terror organization. This might be the biggest difference from his predecessor: The apparent willingness of the Maliki government to launch indiscriminate attacks, with high civilian casualties, had been a recurrent complaint by Sunni politicians. It remains to be seen whether Abbadi is able to follow through on such an ambitious promise in the current heated conflict. Already there are examples that local Sunni politicians are asking Abbadi to exempt some Islamic State strongholds from the moratorium, and there are continued reports that key Sunni population centers like Falluja continue to experience attacks on civilian targets.

One salient issue that remains unaddressed, or at least unanswered, concerns the key security ministries of Abbadi’s new cabinet. Ever since Iraq’s first democratic government was seated in 2006, filling the security ministries with leaders acceptable to all participants in the cabinet has proved to be an enormous challenge. In the first Maliki government, a Sunni ex-general was eventually given defense and a secular Shiite ex-officer took control of interior. But in his second government, Maliki opted to delay the appointment of these ministers and instead retained control of them himself, eventually installing an acting minister of defense (nominally a Sunni) who came to be seen as little more than a placeman. Complaints about Maliki’s centralization, and eventually mismanagement, of the security sector were among the most frequently cited explanations for his inability to win a third term as prime minister in 2014.

So far, Abbadi has been unable to get security ministers confirmed by the Iraqi parliament, but he has at least tried. On September 16, one week after having been sworn in, he presented a formal proposal for Jabir al-Jabiri (Sunni) as defense minister and Riyad Ghrayb (Shi‘i) as interior minister. Both were political nominees rather than security professionals, but Jabiri was seen as acceptable to the main Sunni bloc in parliament. It seemed that the main sticking point concerned internal Shi‘i alliance disagreement on Ghrayb, leading in turn to a more comprehensive collapse of the anticipated deal. In the end, none of the two men were approved, and the Iraqi security portfolios remained without parliamentary approved leaders.

The management of the security file and the appointment of security ministers will perhaps be the most important harbinger about the direction taken by Iraq’s new prime minister. There has been a debate as to whether Abbadi is allowing Maliki to continue as a strongman in his own shadow, preparing yet another term Putin-style. So far, though, Abbadi’s language has been pointed enough—and with sufficient implicit criticism of Maliki’s past practices—that this theory cannot be given too much weight. However, Abbadi will soon have to move beyond politically correct rhetoric to implement actual policy initiatives that can transform the lives of millions of Iraqis to more peaceful and prosperous conditions than they currently experience.