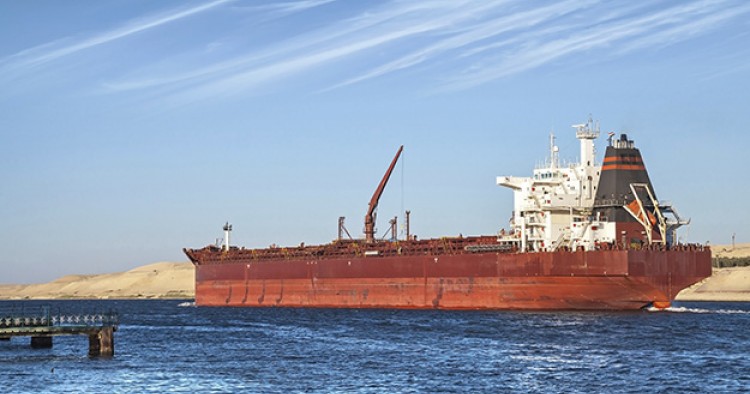 During a televised speech on August 5, 2014, President Abdul-Fattah el-Sisi announced a “surprise” he’d planned for the Egyptian people: the launch of the New Suez Canal mega-project, involving an expansion of the existing canal and the development of its environs into a global trade hub. The project is making waves in Egypt and worldwide, mobilizing equipment, contracts, and finance. But the plan to widen and deepen the existing canal to permit passage to the world’s largest container ships and to dig a parallel waterway to allow for two-way traffic was not new. Initiated by Anwar Sadat’s administration, it was placed on the table twice by Hosni Mubarak but dismissed for lack of funds.[1]

President Mohamed Morsi also tried to revive the project, but his proposal included provisions for Gulf investors to purchase Canal Zone land; this became a source of tension with the military, which feared that the Muslim Brotherhood would encourage its friends in the Gulf to own strategic real estate along the Suez Canal. Indeed, this issue might have hastened Morsi’s replacement by former Army General Sisi. The new project under Sisi does not allow for foreign purchase of Suez Canal property. The Suez Canal Authority, a sensitive national concern, is traditionally headed by a member of the military. The army, which is responsible for Canal Zone security, is the primary contractor for the project and will undertake a portion of the work. Contracts for several aspects of the Canal Zone development were already being tendered in 2013.[2]

Sisi’s real surprise was to shorten the deadline for completing the canal expansion from the originally projected three years to one year. A two-way canal will cut transit times from an average eleven to three hours, increase the number of ships able to navigate it simultaneously from 23 to 97, and—the state claims—more than double the annual $5 billion canal revenue to $13.5 billion by 2023. Along with tourism, the canal is one of Egypt’s top foreign currency generators.[3]

The decision to build the parallel waterway just 400-600 meters from the existing one makes sense from a security standpoint, but it will be harder to dig owing to seepage. “Wet dredging” is a costlier process than dry digging. Although the work was originally meant to be performed by Egyptian companies and the army, Egypt lacks sufficient equipment to move 250 million cubic meters of mostly mud in so short a time. Six foreign firms were contracted in October 2014 to deliver 36 dredging machines from the United States, Holland, and Belgium, and are now at work. “I think we were all surprised at how fast this was tendered and how fast it will be executed,” remarked Pierre Catteau of Belgium’s DEME Group. [4]

It was another surprise when Sisi announced on September 1 that the Egyptian public would be invited to participate in the project via tax-free investment certificates offered by state-owned banks in denominations as low as 10 Egyptian pounds. The certificates sold out, generating $8 billion, the bulk of the canal expansion cost, in just eight days. The enthusiastic response was interpreted by some commentators as the public’s endorsement of Egypt’s new leadership. Others pointed out that the certificates’ 12 percent interest rate was higher than the banks’ nine percent. As an additional incentive, citizens purchasing certificates amounting to 1,000 Egyptian pounds or more could collect their interest quarterly instead of annually.

Asked if it was worth the trip to the bank for the quarterly interest of 30 Egyptian pounds on 1,000 pounds, a young woman working as a coiffeur said, “Of course! This is free money from the government. People will take whatever they can get and kiss the hands that gave it.” According to an Egyptian Center for Public Research poll, around 42 percent of those who bought certificates did so with “untapped savings,” meaning money they had stashed beneath the mattress owing to a deep distrust of state-owned banks.[5] A 73-year-old tailor from Ismailia who invested 10,000 pounds from his meager savings said that though he had been disappointed with the government since the 1952 revolution that placed the military in power, “I believe in Egypt. I grew up beside the canal.”[6]

The Suez Canal, like Egypt’s geostrategic position at the crossroads of Europe, Africa, and Asia, is more than a national asset. It is a natural resource, a unique boon that generates a steady income and ensures the country’s international standing. When it opened in 1869, the canal changed the course of global transport by shortening the route between Europe and Asia by 9,000 kilometers.

It took ten years of continuous shifts of 20,000 men to dig the 160 kilometer-long waterway that, like all great endeavors, embodied an array of paradoxical ambitions and outcomes. The most audacious civil engineering project of its time, it was largely hand-built by corvée. Designed to earn Egypt recognition in the modern world as a progressive state worthy of independence from its Ottoman overlords, the canal served as an enticement to occupation by the British to secure the route to their eastern colonies.  Envisaged as a hefty source of income by its financiers, it left the nation bankrupt. The Suez Canal has since been at the heart of Egypt’s greatest triumphs and debacles.[7]

Not everyone is convinced that the canal expansion will go as planned. Peter Sand, chief shipping analyst at Baltic and International Maritime Council (BIMCO), says that anyone who thinks the one-year deadline is viable “will be surprised.” Nor is he the only expert who doubts that the canal’s revenue can reach the projected figures, even taking higher passage fees into consideration, since greater capacity does not ensure higher traffic, which is subject to the vagaries of global trade. Islam Mamdouh, an Egyptian engineer and infrastructure project manager, estimates the new canal’s income at an additional $200 million to $300 million per year rather than the $8.5 billion touted by the government.[8] If passage fees are raised too high, shippers will opt for the Panama Canal, the Suez Canal’s main competitor. The recently announced canal being built by Nicaragua will also intensify the competition.[9]

In late August, Dar al-Handasah, a renowned Bahrain-based engineering and consulting firm with a headquarters in Egypt, won the $1.8 million contract to design the Canal Zone master plan. Scheduled for submission in February 2015, the plan concerns the areas around the extended canal, the ports of East and West Port Said, al-Arish, al-Adabiya, Ain al-Sokhna and al-Toor, and Ismailia’s “Technology Valley.”  Previously planned as separate entities, Dar al-Handasah is tasked with integrating the ports’ functions and infrastructure so that their services are complementary. The firm will also produce an economic strategy with recommendations for finance-related legislation to facilitate “the endless investment opportunities” that Dar el-Handasah’s Director of Operations Yehia Zaki says the project represents.[10]

Whether or not the expansion is completed on time or the canal earns the predicted revenue, the project’s greater value lies in its 20-year goal of developing the Canal Zone cities of Ismailia, Port Said, Ain al-Sokhna, al-Arish, and Suez itself. Marginalized by Cairo, these urban centers have attracted little investment despite their potential for absorbing population growth and contributing to the economy. The current project, which is expected to generate a million new jobs, would improve the cities’ individual resources while assigning them a leading role in the greater scheme of national development. Egyptians who have traditionally looked exclusively to Cairo and Alexandria as places of work and residence would be offered promising new options.

Sisi has referred to the New Suez Canal as “Egypt’s gift to the world.”[11] Such grandiloquence is familiar to Egyptians who recall the hype surrounding previous mega-projects that raised Egypt’s international investment profile while touting the state’s commitment to the country’s future. Toshka, Mubarak’s massive irrigation and land reclamation scheme, foundered before reaching its highly-publicized long-term goals, and its failure was not accounted for transparently.

But the remarkable “crowd-funding” of the Suez Canal expansion has set a precedent for direct public involvement in national projects, and Egyptians will be watching Suez closely. It is an opportunity for the state to regain the trust of both a disillusioned citizenry and a revolution-wary international investment community. With their expectations and Egypt’s urgent need for economic development hanging in the balance, the only surprise el-Sisi and the army can now afford is for the project to steadily progress and provide the jobs and revenue that were promised.