The “One Belt, One Road” Strategy and China’s Energy Policy in the Middle East 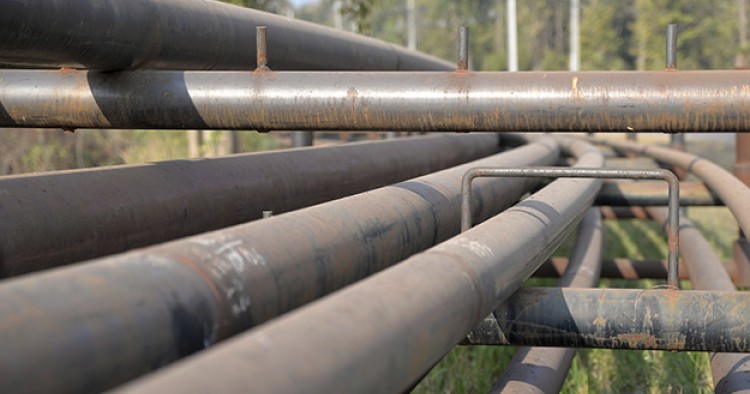 Roots of the “One Belt, One Road” Strategy

The genesis of the “One Belt, One Road” strategy—also known as the Belt and Road Initiative—can be traced to three noteworthy public events that occurred in rapid succession in the latter part of 2013. On September 7, in a speech delivered at Kazakhstan’s Nazarbayev University, Chinese President Xi Jinping proposed building the Silk Road Economic Belt. Addressing the Indonesian parliament on October 3, he recommended that China and Southeast Asian countries work together to revive the Maritime Silk Road. On October 24-25, at a work forum on “periphery diplomacy” held by the Chinese Communist Party (CCP) in Beijing, Xi stressed that China is committed to forging amicable and mutually beneficial relations with its neighbors, such that they will benefit from Chinese development and China will benefit from a prosperous neighborhood. In this way, the president conceptually linked the notion of the “Chinese dream” to regional development.[1] This conference marked the official birth of China’s “Silk Road strategy.”

A year later, the strategy began to take shape. In October 2014, Beijing committed $50 billion to form the new Asian Infrastructure Investment Bank (AIIB), together with several partner countries. The bank aims to raise $100 billion for infrastructure projects across Asia. On November 8, 2014, Xi said that China would contribute $40 billion to its new Silk Road Fund, which is designed to improve trade and transport links in Asia. In his keynote address at the 2015 Boao Forum for Asia, Xi for the first time explained in depth China’s vision of the Silk Road Economic Belt and Maritime Silk Road. During the forum, China’s National Development and Reform Commission (NDRC), in cooperation with the foreign ministry and commerce ministry, issued an action plan for the Belt and Road.

According to the action plan, the Belt and Road will run through Asia, Europe, and Africa, connecting the East Asian economic sphere at one end with the European economies  at the other. The Silk Road Economic Belt—a series of land-based infrastructure projects including roads, railways, and pipelines—focuses on strengthening links between China, Central Asia, Russia, and Europe (particularly the Baltic). China will gain improved access to the Persian Gulf and the Mediterranean Sea through Central Asia and West Asia, and to the Indian Ocean through Southeast Asia and South Asia. The 21st-Century Maritime Silk Road is designed as two paths: one from China's coast to Europe through the South China Sea and the Indian Ocean, and the other from China's coast through the South China Sea to the South Pacific region.[2]

The Belt and Road Initiative is in line with the purposes and principles of the UN Charter. It upholds the Five Principles of Peaceful Coexistence: mutual respect for sovereignty and territorial integrity, mutual nonaggression, mutual noninterference in internal affairs, equality and mutual benefit, and peaceful coexistence. The Initiative is intended to be inclusive and to follow market principles.[3]

The “One Belt, One Road” strategy emphasizes international cooperation according to the following five priorities:

China’s strategic coordination with the Arab world is an important part of its  “One Belt, One Road” vision, and China has proposed a comprehensive cooperation strategy known as 1+2+3.[5] “One” refers to the need for increased cooperation on energy, covering a range of issues that include oil and natural gas production, ensuring the safety of energy transport routes, and establishing a mutually beneficial, long-term China-Arab energy relationship. “Two” stands for the two wings of infrastructure development, construction and trade/investment facilitation. “Three” relates to breakthroughs that need to be made in the high-tech areas of nuclear energy, aerospace satellites, and new energy in order to upgrade practical cooperation between China and the Arab world.[6]

The Middle East contains 60 percent of the world’s proven oil reserves and thus plays a critical role in the international energy markets. China’s economic development has progressed rapidly since the government initiated reforms to open up the economy, leading to a dramatic increase in China’s energy demand in recent years. Stable relations with Middle Eastern states have therefore become increasingly important for Chinese energy security, and the continued development and protection of these relations lies at the core of the “One Belt, One Road” strategy.

As early as 1993, through its “going out” strategy, the Chinese government encouraged its three major energy companies—the China National Petroleum Corporation, the Sinopec Group, and the China National Offshore Oil Corporation—to go abroad and secure supplies of oil and gas through investment, exploration, drilling, and the construction of refineries and pipelines.

From 1990 to 2000, Middle Eastern oil accounted for 45-50 percent of China’s oil imports. In 2011, China imported 130 million tons of oil from the Middle East, and the volume continued to increase, climbing to 146.54 million tons in 2013. [7] The charts below illustrate the immense importance to China of oil sourced from the Middle East and North Africa (MENA) and conversely, China's importance as a major export market for MENA oil producers.

In response to China’s rising energy dependence on the Middle East, Beijing has been making adjustments to its energy policy. Energy production in the western part of the country has been encouraged, the energy consumption structure has been remodeled, a national energy reserve system has been constructed, energy saving has become a top priority, and increased emphasis has been placed on active energy development overseas. To ensure the diversification of oil and gas imports and their transportation routes, China has invested in dozens of major energy projects around the world, in Central Asia-Siberia, Indonesia-Australia, Africa, and Latin America. In spite of such measures, as the data show, China remains heavily reliant on Middle Eastern oil.

China’s Middle East Energy Policy in an Age of Upheaval

China’s energy policy in the Middle East faces several challenges. First, due to the recent turmoil in Yemen, the Syrian civil war, and the long-standing Israeli-Palestinian conflict, China’s investments and partnerships in the Middle East are at risk.

Second, terrorist organizations are seeking to attack oil tankers and transportation channels. ISIS not only threatens to destabilize China’s efforts at creating East-West linkages but has also declared Xinjiang a part of its caliphate. The threats posed by ISIS in Iraq have forced many Chinese enterprises in Iraq to suspend their business or consider closing down. As a result, China has taken a firm stance against the terrorist group.

Fourth, the U.S.-led sanctions imposed on Iran due to the nuclear dispute have constrained Chinese energy policy in the region. Prior to the tightening of sanctions, Iran had been the third-largest supplier of crude oil to China after Saudi Arabia and Russia. In order to maintain strong diplomatic ties with the United States and Europe following the imposition of sanctions, China reduced its imports from Iran.

Finally, the intensifying Saudi-Iran rivalry has undoubtedly complicated China’s efforts to maintain and further develop its energy relations in the region.

Nevertheless, energy cooperation between China and the Middle East rests on a solid foundation. China is a huge energy consumer, and its demand for energy continues to rise. Middle East suppliers are eager to expand their respective market shares in China and in Asia as a whole. Furthermore, China now has more than $3.7 trillion in foreign exchange reserves—resources that can be used not just as payment for oil and gas imports but to invest in the Middle East energy market. Chinese energy companies possess the expertise to participate in energy development projects in the Middle East, while China itself has become an attractive environment for public and private investors from the region, particularly in the petrochemical sector. Overall, China has managed to develop good political relations with all Middle Eastern countries, including Israel and Iran, creating a sound strategic basis for Sino-Middle Eastern energy cooperation.

Within the broad “One Belt, One Road” strategy, Chinese Middle East energy policy proceeds according to the energy cooperation framework known as "1+2+3," which seeks to build a reliable China-Arab strategic cooperative relationship based on long-term friendship.[8] To avoid overdependence on the energy resources of the Middle East, China will also continue to search for other overseas energy sources and transportation channels. Despite risks and challenges associated with energy imports from the Middle East, China has cultivated strong relations with states in the region and will develop these economic ties further in the coming years.

[3] Ministry of Foreign Affairs and Ministry of Commerce of the People's Republic of China, “Vision and Actions on Jointly Building Silk Road Economic Belt and 21st-Century Maritime Silk Road.”

[4] Ministry of Foreign Affairs and Ministry of Commerce of the People's Republic of China, “Vision and Actions on Jointly Building Silk Road Economic Belt and 21st-Century Maritime Silk Road.”