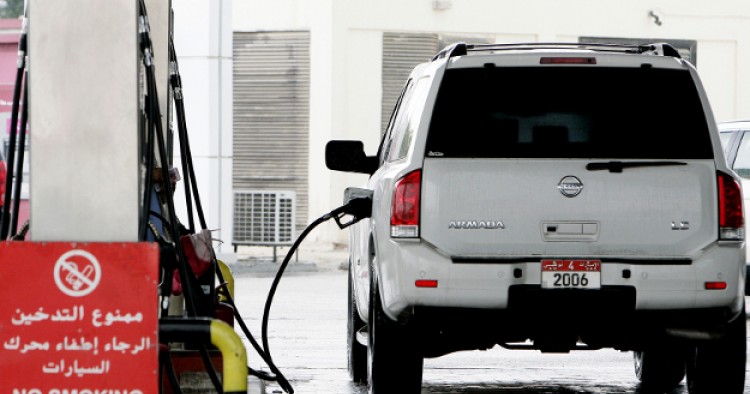 Emir Sheikh Tamim bin Hamad Al Thani warned Qataris in November that due to tumbling oil prices, the government could no longer “provide for everything.” The following month he addressed “wasteful spending, overstaffing and a lack of accountability,” sending a clear message that austerity measures were on the way. Despite ranking highest worldwide in GDP per capita, Qatar is now feeling the financial pinch of cheap oil.

Out of all Gulf Cooperation Council (GCC) members, Qatar has best weathered the perfect storm of reduced global demand for petroleum amid market glut, but the 70 percent decline in oil prices since mid-2014 has taken a toll on the emirate’s economy. Following 15 consecutive years of surpluses, Qatar is presently running a “moderate” budget deficit of $12.8 billion, equivalent to 0.7 percent of GDP—the smallest in the region. Yet, given that the budget planners in Doha calculated oil at $48, Qatar’s deficit may actually increase.

To finance shortfalls, Doha officials have recently implemented measures such as hiking utility rates, doubling fines for wasting water, and increasing the cost of Qatar’s postal services for the first time in eight years. Qatar also ordered state-owned institutions such as Qatar Museums and Al Jazeera to reduce their programming and/or lay off expatriates. Officials slashed the Qatar Foundation budget by 40 percent and made significant cuts at Western academic institutions in Education City. Last December, Doha News reported that the Sidra Medical and Research Centre had cut hundreds of jobs and that officials had put the brakes on plans to roll out a national health care scheme. Other signs of cheap oil harming the emirate’s economy emerged last year when growing cost concerns led Qatar Petroleum (QP) and Royal Dutch Shell to pull out of the $6.4 billion al-Karaana petrochemicals project. QP also laid off approximately 1,000 employees.

On January 14, Qatar’s state-owned fuel company, Woqod, announced a 30 percent hike in gas prices, causing a liter of unleaded gas to reach $0.36. The subsidy cut went into effect only several hours after the announcement. Reportedly, angry residents formed long lines at gas stations in the hours leading up to the hike. The last time Qatar raised gas prices was in 2011, and Woqod also made that announcement only hours before implementation.

Woqod’s ‘surprise price rise’ in January came on the heels of Bahrain, Oman and Saudi Arabia also cutting gas subsidies, underscoring how the GCC regional economic flu has spread to Qatar. With more austerity to come, Qataris are expecting cuts in electricity subsidies later this year.

Like other Gulf Arab states, Qatar is determined to cushion its citizens from the effects of the austerity measures. New cuts and price increases will likely fall hardest on expatriates. Although such a strategy minimizes the risk of political tension heating up among the Qataris themselves, it is worth questioning how such measures imposed on the emirate’s expatriates could impact the economy long-term.

Will employers in Qatar face greater difficulty retaining highly-skilled expats if the salaries fail to keep up with the country’s growing cost of living? A survey of best places for expatriates to live, conducted by Expat Insider Survey 2014, ranked Qatar 58th out 61. Issues responsible for the low assessment included the rising cost of living—the average household spends one-third of its income on housing—along with limited education options, the state’s desert environment, and perceived lack of culture.

The boom years under Sheikh Tamim’s father, during which Qatar’s astonishing economic growth rates even surpassed China’s, have come to an end. When Sheikh Tamim became the Emir of Qatar in 2013, he called for fiscal discipline prior to the fall of oil prices. In January, the emir orchestrated a surprise cabinet reshuffle, replacing ministers appointed by his father and grandfather with younger technocrats committed to implementing austerity measures.

Thus far, however, Qatar has not announced any plans to curb spending on infrastructure. On the contrary, between now and 2022, Doha intends to spend $220 billion on large-scale projects for the FIFA World Cup event. Despite the risks of overheating the economy and public relations dilemmas—stemming from both human rights issues and allegations of bribery—Qatar views these massive infrastructure projects as a way of fostering growth in non-hydrocarbon sectors and enhancing revenue from the non-energy economy. Qatar’s 2016 budget, which allocates 25 percent of total expenditures for infrastructure, highlights Doha’s determination to complete and implement major infrastructure projects that relate to the World Cup in 2022.

Two weeks ago, Standard & Poor’s slashed credit ratings for Bahrain, Oman, and Saudi Arabia, but had an optimistic line on Qatar. This positive review largely stemmed from the economy of Qatar—the least oil-dependent of all GCC members—mostly relying on natural gas, the price of which is only loosely correlated to that of oil. Additionally, most of Qatar’s liquefied natural gas sales are through long-term agreements with companies such as Japan’s Chubu Electric, South Korea’s KOGAS and India’s Petronet, which secure relative revenue stability for Qatar at a time of cheap oil.

The growth of Qatar’s non-hydrocarbon sectors—finance (traditional and Islamic), construction, media, sports and tourism—has made Qatar’s economy one of the most diverse among all GCC members. Unquestionably, Doha’s cushion of foreign assets worth roughly $315 billion has helped the emirate shrug off instability in global energy markets. Also Qatar, in contrast to some of its neighbors, remains politically stable.

Such important variables indicate that the super wealthy emirate is in a relatively stable financial position compared to its more oil-dependent neighbors. As the world’s top LNG provider and backed by strong cash reserves, Qatar appears determined to continue implementing austerity measures while seeking to maximize efficient use of currently available financial resources to invest in its future.