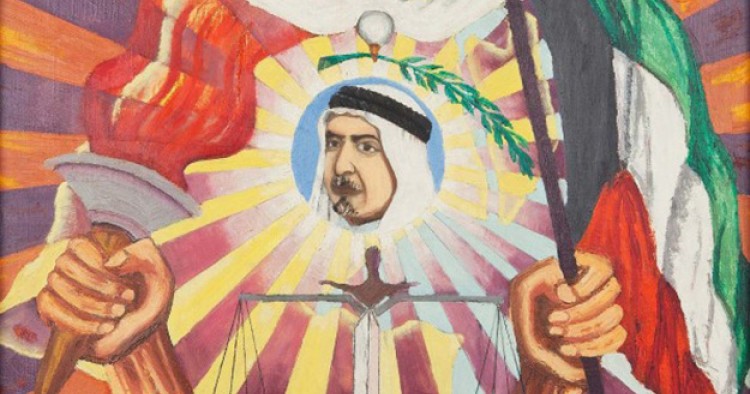 It was the age of nationalism and strong men. Egypt’s Gamal Abdel Nasser had just enacted a new charter that guaranteed his hold on power, unelected and unopposed. Iraq’s revolutionary government was overthrown by Baathists, who had also assumed power in neighboring Syria, while Iran’s Mohammad Reza Pahlavi was entrenching his family’s legitimacy through the so-called White Revolution. The lower Gulf emirates were under British “protectorism,” while Saudi Arabia’s King Faisal was wrestling power from his half-brother Saud.

Few leaders in the world leave a legacy as profound as Kuwait’s Sheikh Abdallah al-Salem, who ruled the Gulf emirate from 1950 to 1965. Not only did he usher in Kuwait’s post-colonial era, but he boldly introduced democracy and freedom of expression and worship to the Gulf. Kuwait had itself been a British protectorate between 1899 and 1961, a period that witnessed two world wars as well as the various liberation movements from Africa to South Asia that sought freedom from colonial powers. However, not all states that succeeded in achieving independence from Britain managed to instill a spirit of democracy. For instance, while India and Malaysia continuously held free elections, others like Pakistan and Egypt fell under the influence of strong military regimes.

Kuwait’s case differed from many other British mandated territories in that a ruling family had governed the emirate since the mid-18th century. The preservation of ruling families offered the promise of policy continuity that the British may have preferred over the uncertainty of a changing governing structure. The political direction that the newly independent Kuwait took, as the first Gulf emirate to gain independence from the British, had the potential to influence other monarchical regimes in the region.

Sheikh Abdullah negotiated the British withdrawal from Kuwait in 1961, which predated by a decade similar moves in other Gulf emirates. Kuwait’s independence celebrations were short lived however. Iraqi leader Abdul Karim Qassim was becoming increasingly vocal about demands to incorporate Kuwait into Iraq, and by June 1961 Britain moved forces into Kuwait under Operation Vantage as part of a defense agreement. It was at this point that Sheikh Abdullah's unique characteristics shone through.

In addition to bolstering the country’s military defenses to counter the threat, Sheikh Abdullah strengthened internal social cohesion. He issued a decree that allowed a committee of elected citizens to write a constitution that included opposition leaders and intellectuals. The resulting constitution, which was enacted in 1962, included guaranteed freedom of expression (Article 36), freedom of belief (Article 35), the formation of societies and unions (Article 43), and freedom of congregation (Article 44).  It was so revolutionary that no other Arab constitution would match it in boldness until the post-Arab Spring constitution written in Tunisia.

Kuwait’s bylaws created an elected parliament, with powers to dismiss the emir, a power that was enacted in 2006 when the country passed through a constitutional crisis that ended with the replacement of the emir. Although the constitution did not include women’s suffrage, it laid the infrastructure for women and men to demand that right, which was successfully attained in 2005. Rather than use the pretext of external threats to delay the introduction of democracy to Kuwait, Sheikh Abdullah accelerated the process. He saw democracy not as a threat, but as the “people’s path” to dignity and freedom.

Sheikh Abdullah’s example was ultimately not emulated in other parts of the region. Bickering by Kuwaiti parliamentarians led to the delay of economic projects, and the looming shadow of political Islam discouraged others from pursuing a similar track. Nevertheless, more than half a century after his passing, Sheikh Abdullah's political foresight is still impacting the Gulf. In 1963, he appointed Kuwait’s current Emir Sheikh Sabah al-Ahmed, then 34, as foreign minister. Today, Sheikh Sabah is leading the only credible effort to find a solution to the ongoing Gulf crisis. Kuwait’s Sheikh Abdullah exhibited the two traits of a great leader; enlightened and effective. Abdullah’s bold leadership is an example for the new generation in the Gulf, where there is no lack of ambition.