The Rise of Turkish Foreign Aid 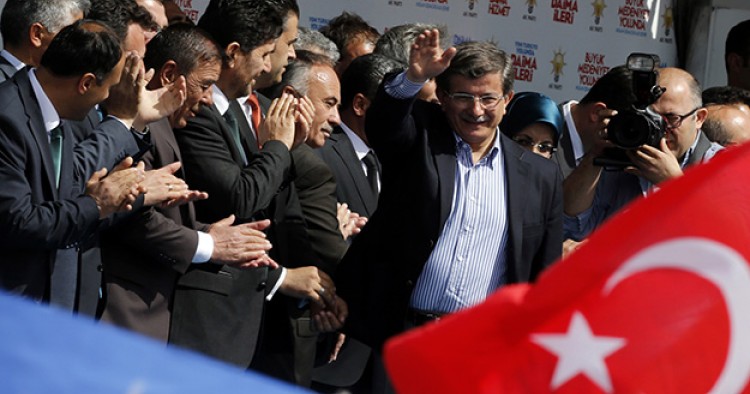 A recent public opinion poll conducted by Ipsos suggests that the Turkish public is supportive of foreign aid, with around 45 percent of those surveyed indicating that Turkey should spend 3 to 10 percent of its national budget on such assistance. Material and ideological factors rather than moral imperatives play a role in this opinion. Only 35 percent of those surveyed think that Turkey “[has] a moral obligation to help those less well off,” while 69 percent think that “foreign aid spending is beneficial to the domestic economy.” Seventy-one percent believe that “spending on foreign aid gives Turkey influence in the global community.” Government action seems to reflect public opinion.

Turkey has been providing development assistance since the mid-1980s but it was quite minimal until the Justice and Development Party (AKP) came to power in 2002. Since then, Turkey has become a significant foreign aid provider. From 2003 to 2012, aid volumes rose from $67 million to $2.53 billion, a nearly fortyfold increase. In 2015, Turkey provided $3.3 billion in foreign aid, which corresponds to 1.56 percent of the country’s national budget. The funds provided by Turkey have surpassed a series of established donor countries such as Spain and Belgium and most other emerging economies.

The reorientation of Turkish foreign policy under the AKP is another factor behind Turkey’s rise as a foreign aid provider. To the AKP, development assistance is an instrument of expanding its influence and position as a global actor. Since the rise of the party, through business, investment, and cultural exchange, Turkey has sought to reduce conflict and expand its soft power, especially within Muslim-majority countries that were once within the area of influence of the Ottoman Empire. Public opinion is in line with the government’s thinking. Seventy-one percent of the respondents think that “foreign aid helps to prevent international conflict,” and 75 percent believe that “foreign aid is beneficial to the global economy.”

Turkish foreign aid has primarily focused on South and Central Asia, the South Caucasus, the Middle East, and Sub-Saharan Africa. The Turkish Cooperation and Coordination Agency (TIKA), the key actor in coordinating Turkey’s development cooperation, has provided training and advisory services in the area of capacity building and has dispatched experts, donated equipment, and financed infrastructure projects in these regions.

Despite being a major foreign aid provider, Turkey does not have a comprehensive strategy for its development cooperation. It mostly funds small and isolated projects; does not attach political or economic conditions to the aid, which could promote long-term change; and pays little attention to aid effectiveness. Indeed, the 2010 Millennium Development Goals Report notes that the rise in Turkey’s official development assistance has not sufficiently fostered aid effectiveness.

[Very Important Only] Late this year, leaders around the world will agree on a set of goals for global development. How important, if at all, do you think each of the following goals is: 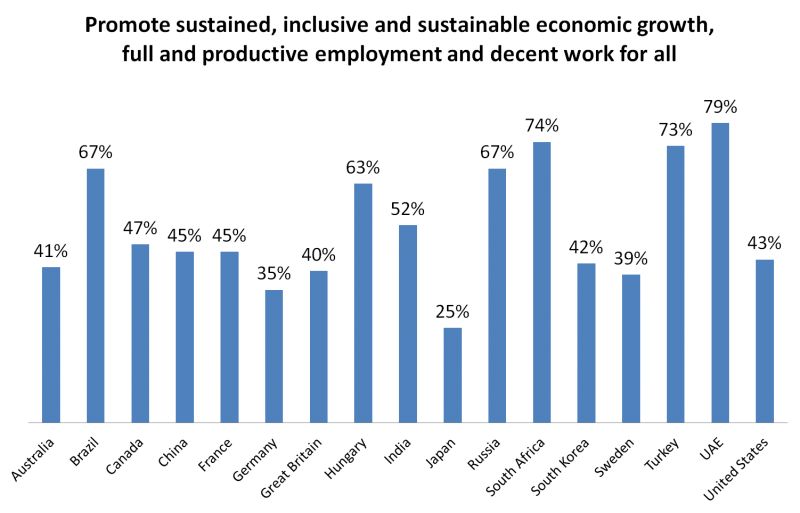 Another complicating factor in Turkey’s long-term development cooperation might be public opinion in regard to the economy. The government might lose favorable public opinion if Turkey’s already fragile economy falters in the face of increasing political instability. For example, 69 percent of the respondents think that money is better spent on domestic programs. Funds and scholarships to refugee children have been an important component of Turkey’s development cooperation, but Turkish public opinion has started turning against the two million Syrian refugees Turkey hosts. The sense that Turkey is shouldering the refugee burden while European governments and the Gulf countries are turning their backs adds to the frustration. If the Turkish economy deteriorates further, public support for foreign aid is likely to erode.

Adopting a long-term strategic approach to foreign aid, taking measures to address the social, economic, and political challenges posed by the refugee influx, launching a PR campaign to inform the public of these measures, and burden-sharing by European and Gulf countries might be useful steps to sustain public support.