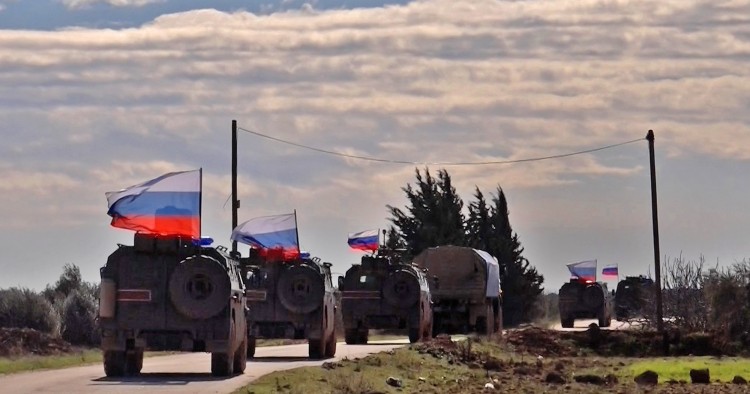 On Feb. 14, Russia, Turkey, and Iran resumed their tripartite talks about the future of Syria in the Russian coastal city of Sochi. The main themes of the talks were unsurprising: the last rebel-held enclave in Idlib and Turkey’s continuing concerns about Syrian Kurdish militants – namely the People’s Protection Units (YPG) – in northern Syria. Despite a congenial atmosphere, there seemed to be little progress. Russia ended by reaffirming its “firm and unwavering commitment” to Syria’s territorial integrity while Turkish Presidential Spokesman Ibrahim Kalin likewise emphasized that Turkey would not allow “any terrorist organization to function in Syria,” including Kurdish groups, in a direct reference to the YPG.

These two positions are largely mutually exclusive, however. Turkey has sought for months to carry out a military offensive against the YPG-held city of Manbij, with the aim of taking control in the same way it did with the Kurdish-held region of Afrin in northwest Syria last year. Russian insistence on Syria’s “territorial unity” specifically precludes any foreign presence (aside from Russian and Iranian forces, excused as having been “invited by Syria’s legitimate [i.e. Assad] government”) on Syrian soil. The results of the latest Sochi talks demonstrate that, for all their efforts, Russia and Turkey remain far from a joint resolution on Manbij. But the two sides do not have equal clout on the issue. Russia’s significant and expanding military police presence in the Manbij countryside gives Moscow the final say on what will happen there, a reality that could result in Ankara losing some or all of the region to its Syrian rivals in Damascus.

Turkey’s desire to replicate Operation Olive Branch – the military operation it carried out in early 2018 to expel Syrian Kurdish forces from Afrin ­– in the Manbij region was initially forestalled by the U.S. presence in the area. This was not an issue in Afrin, as no American forces have been present there, but the U.S. did work closely alongside Kurdish and allied Arab forces to retake Manbij from ISIS in 2016 and remained in the area until 2018. Washington’s withdrawal of these troops in late 2018 left the Kurds undefended and seemed to offer the perfect opportunity for Turkey to pursue its ambitions.

This did not come to pass, however, as Russia took up the former U.S. positions in the region. On Dec. 25, the Manbij Military Council, the local YPG-led military command, reached an agreement with Russian and Syrian government commanders, under which Russian military police and select regime units would immediately deploy to the town of Arima, near the frontlines with Turkish-backed rebels in northern Aleppo. Russian military police began their patrols in the area on Jan. 8, including locations near the Turkish border. By Jan. 11, they were patrolling a five-kilometer security zone, and only two days later their presence was strengthened by the deployment of another military police battalion from Russia’s southern province of Ingushetia. On Jan. 28, the patrol area was widened further, with Syrian army units also setting up checkpoints in the area. Just hours before the latest Sochi negotiations began on Feb. 14, Russian military police again expanded their area of operations in Manbij, coming within a kilometer of Turkish-backed militant positions.

Russia thus seems to be altering the facts on the ground as talks with Turkey stall. The two sides have been obstinate about their positions on Manbij. Turkish Presidential Spokesman Kalin has said that Ankara seeks to control a band of territory around 30 to 35 kilometers south of the Turkish-Syrian border. Russia would prefer that the Syrian government regain this territory, with guarantees of Turkish security provided by a limited Russian ground force. This was noted by Russia’s ambassador in Damascus, Alexander Yefimov, in a Feb. 8 statement in which he reaffirmed the importance of Syria’s territorial integrity and expressed hopes that Damascus would find “mutually acceptable solutions” with Syria’s Kurds. Nevertheless, Kalin insists that Moscow and Ankara have agreed on a basic roadmap for evicting the YPG from Manbij, the full details of which are not yet clear.

None of this has stopped Turkish President Recep Tayyip Erdogan from making repeated threats toward Manbij and the Kurdish forces there; on Jan. 21 Erdogan again stated that he would deliver Manbij “to its real owners.” There is reason to believe that Moscow will be able to stay Ankara’s hand until a joint settlement is reached, however. The two sides have a stable working relationship in northwest Syria, with each forestalling their allies from aggressive action. Russia strong-armed its Syrian regime allies to stand down from launching a seemingly imminent assault on Idlib last August, a move that could have resulted in serious fighting between government forces and forward-deployed Turkish units. This action partly reciprocated Turkey’s willingness to hold off on an assault on the Syrian Kurdish enclave of Afrin until Russia was brought on board, an event with clear parallels to the situation in Manbij today.

Russia’s heavy deployment of military police to Manbij essentially replicates this situation. Russian military police have proved effective in freezing the frontlines, a role they played in the three “de-escalation zones” of East Ghouta, north Homs, and south Syria in 2017 and 2018. As with Afrin, no significant fighting occurred in these areas until after Moscow chose to pull back its units on Jan. 19. Turkey’s military operation began later that day. The same dynamic characterizes Manbij today.

Turkey is no doubt displeased with the present situation, but its loss may be the Syrian regime’s gain. Talks between the Syrian Kurds and Damascus have accelerated in recent months, especially since the abrupt U.S. withdrawal announcement in December. Seeing government forces as a buffer against a Turkish assault, the YPG has shown eagerness to invite them into the areas under its control, with Moscow facilitating their entrance into the Manbij countryside. Russia’s continued emphasis on the territorial unity of Syria and the need for all foreign forces  not invited by Damascus to depart strongly suggest that the Kremlin’s preferred resolution is to see most, if not all, of the Manbij region transferred to Syrian government control. At any rate, until an accord is reached with Moscow on Manbij’s fate, Ankara will have little choice but to sit and wait.