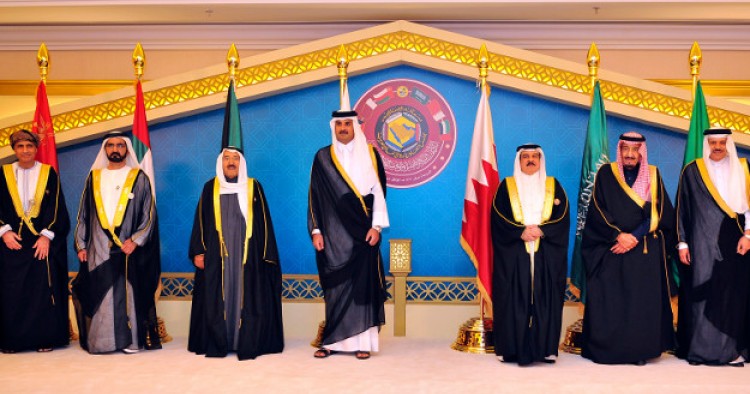 The recent escalation in tension between Saudi Arabia and Iran is throwing the GCC into a crisis of unity. Riyadh’s actions in particular are built on the frustration of the Yemen war and the perception of Iranian encroachment in Arab lands that the Saudi kingdom believes is its domain. King Salman and his son, Deputy Crown Prince Mohammad bin Salman, feel the kingdom is being ignored by the international community in other hot zones, namely Syria, where the outcome of the war is being determined by Washington and Moscow.

The GCC states are generally falling in line with Saudi Arabia’s pushback against Iran, but in unique manners given their varied views regarding GCC economic health in the era of low oil prices. Bahrain is the only Gulf state to have joined Saudi Arabia in cutting diplomatic relations with Iran. Qatar and Kuwait recalled their envoys to Tehran, while the UAE downgraded its relations. Oman has refused to do either.

Bahrain’s actions fit what is to be expected. Bahrain’s royal family is dependent on Saudi support in light of the 2011 uprising of its mostly Shi’a population and the reverberations since.

In Kuwait, more caution is required with regards to its relations with Iran. The press repeatedly accuses Iran of espionage and plots to upset Kuwait’s unique GCC political reality with its fractious parliamentary politics. But Kuwait also has an influential Shi’a minority that is largely on good terms with the royal family, and it is a relationship that has so far kept the tiny Gulf state free of the sectarian conflict that has plagued its neighbors. Although the total number of Kuwaiti Shi’a is subject to multiple projections, the community includes a sizeable number of Persian Shi’as as well as Arab Shi’as linked to southern Iraq and Saudi Arabia’s Eastern Province. The Kuwaiti Shi’a business community equally plays a significant role, with key merchant families such as the Kazemi, Marafi, Behbehani, Bo Khamseen, Haidar, and al-Wazaan enjoying a degree of economic influence.

The UAE, and specifically Dubai, is home to a large Shi’a business community, who are mostly part of the Iranian diaspora, that refrain from political activity, and have been partners in maintaining stability in the emirate despite heightened sectarian tensions in the region. More importantly, Dubai—which already has strong trade relations with Iran—stands to gain financially from Iranian investment and trade and vice-versa once sanctions are lifted this year. Thus, Dubai has largely remained quiet on the Saudi moves. In Abu Dhabi, there is public condemnation of the embassy attack in Iran, but also concern among some as to the risks and fallout of sharp Saudi-Iranian escalation.

Qatar was late to take action against Iran by recalling its ambassador to Iran, but not cutting relations. Interestingly, the announcement came from its foreign ministry’s Asian affairs department, thereby avoiding any direct senior royal role in the furor. As usual, Doha is playing a balancing act. Qatar, which has in the past year shifted closer to Saudi Arabia, is treading carefully due to shared economic interests with Iran, particularly the Pars gas fields. In addition, Qatar doesn’t want to antagonize Iran while some of its royals remain held captive in Iraq who are being held by Iraqi Shi’a militias, including Iranian-backed Asaib Ahl Al Haq or Kataeb Hizbollah, according to sources close to Iraq’s Ministry of Interior.

For Oman, the Saudi problem with Iran is not in its interests given Muscat’s mediating role between Iran and just about everyone else in the past few years. Oman is continuing to play its role as the GCC Switzerland and is dispatching a senior official to Tehran for consultations. But Oman also has domestic demographic concerns that influence its approach to the Saudi-Iran feud. There are two different groupings of Shi’a in Oman: the Lawatiyya and Khojas. Omani Shi’a merchants under the Lawatiyya or Khojas are al-Khaboori, al-Najwani, al-Fajwani, al-Saleh, al-Essa, and Sultan. Along with the Omani leadership, these Omani merchant families are the ties that bind Iran and Oman.

Saudi Arabia’s recent aggressive approach to foreign policy, particularly in its relations with Iran, is pushing the smaller GCC states into difficult positions. When the late King Abdullah announced in 2011 the intention to create the Gulf Union, one facet of the initiative stood out immediately—defense. Notwithstanding the failure of the Gulf Union to come to light, King Salman and his son may still expect the other GCC states to fall in line when it comes to foreign policy and security issues of great importance to Riyadh. However, that only Bahrain joined Saudi Arabia in cutting full ties to Iran is telling of the hesitance of other GCC states to adopt an equally hardline stance. Alongside the very public gestures in support of Saudi Arabia from other GCC states, nervousness abounds over the sharp Iran-Saudi confrontation, Riyadh’s tough stance, and where this will all lead them as smaller states caught in a bigger confrontation.