A Syria safe zone will create more problems than it solves 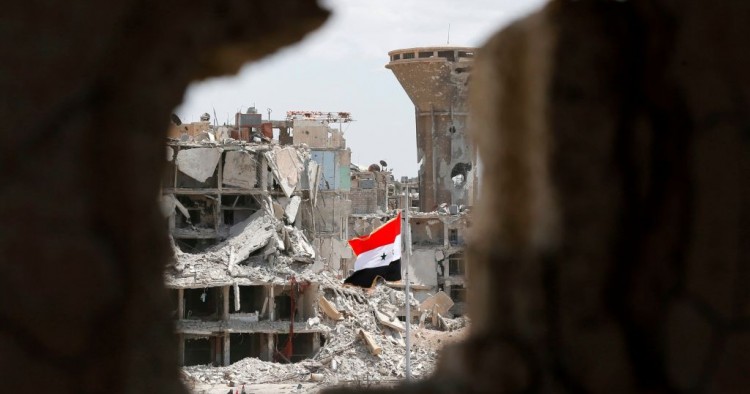 After months of stalemate, Turkey and the United States have agreed to establish a joint operations center to coordinate efforts to carve out a safe zone stretching more than 250 miles along Syria’s northeastern border with Turkey. Much of the region is controlled by the Syrian Kurdish militia that Turkey considers to be a terrorist organization, but which played a key role in the U.S.-led fight against ISIS. In the last few years, Turkey launched two military incursions into the area to drive back the Kurdish People’s Protection Units (YPG) forces from the border and Turkish president Recep Tayyip Erdogan said a third incursion into YPG-controlled northeastern Syria, where hundreds of U.S. troops are stationed, was imminent. With the recent deal, a major point of contention between the United States and Turkey seems to be softening. Down the road, however, disagreements will flare up. For any deal in northeastern Syria to work, it has to provide a sustainable solution to U.S. and Turkish security interests and address Kurdish concerns. The current agreement fails on all counts.

Although the announcement by the two countries left out key details, including who would control the zone and how deep into Syrian territory it would extend, Turkey’s Minister of Defense Hulusi Akar said the United States is getting closer to Turkey’s views on the safe zone. Turkey has long pushed for at least a twenty-mile-deep zone that would be off limits to YPG forces and expressed a preference to control it alone. If those are indeed the parameters of the proposed zone, it will create more problems for all parties involved.

Safe zones are generally established to protect people in conflict zones and are usually designed to be neutral, demilitarized, and focused on humanitarian purposes. Imposing a twenty-mile-deep safe zone east of the Euphrates would have the opposite effect—likely displacing more than 90 percent of the Syrian Kurdish population, exacerbating what is already an extremely challenging humanitarian situation, and creating an environment for increased conflict that would require an extended deployment of military forces.