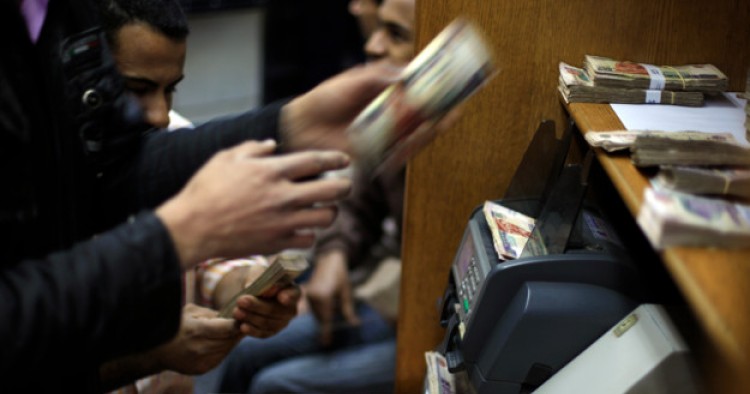 Since the 1990s, the need for streamlined procedures to facilitate business, trade and investment has grown to crisis proportions in Egypt. But the political will to deliver administrative reform was always lacking, not least because it would involve lay-offs and wage reductions; in other words, direct threats to the livelihoods of some seven million state employees and consequently the regime’s popularity. But with the government wage bill estimated to reach USD30 billion next year, Egypt has finally taken action. In keeping with a strategy focused on cutting government spending, the Civil Service Law was passed in March and began to be enacted in July.[1]

Egypt’s civil service, which accounts for 25 percent of the work force, may be credited with keeping things running, albeit barely, over the last four years while three presidents, seven prime ministers, several dozen ministers, and numerous city and provincial governors have come and gone. But while stoically maintaining a baseline status quo, the hypertrophied bureaucracy has been running the country into the ground.

Over the last three years state salaries have increased by an annual rate of 16 percent and currently consume a full quarter of the yearly budget. In comparison to other developing countries, administrative bodies are overstaffed by roughly a factor of four. Each civil servant serves 13 citizens in Egypt, as compared to 54 in Indonesia or 38 in Morocco.[2] The state has historically assumed an outsized burden of employment as a means of both social welfare and self-preservation. During Mubarak-era presidential referendums, the bulk of the ‘yes’ voters were state employees and their families.

Haphazard hiring practices also helped swell the ranks without improving productivity. Loyalty and seniority trump qualifications when it comes to acquiring managerial positions and employee performance evaluations are not standardized. With so many more people than means of keeping them constructively occupied, one commentator has called working for the government ‘disguised unemployment’.[3]

The new law calls for basic efficiency-improving managerial practices such as open announcements of available positions, qualification guidelines and regular evaluations. Rather than outright lay-offs, the law will encourage early retirement. If an employee’s performance is assessed as poor for two years, a new position for which he/she is better qualified will be assigned.  If performance does not improve in the third year, wages will be halved. If that doesn’t work, the assessment committee will propose terminating employment without the loss of pension.

The law will also restructure salaries, which currently differ even among employees holding similar positions, and adjust the system of bonuses, currently awarded annually regardless of performance and considered by employees a due portion of their modest pay. Once the system is in place the government wage bill will increase by an estimated five percent, a considerable improvement on the 16 percent annual increase recorded for the last three years, saving nearly USD3 billion in FY2016.[4]

Although the law is necessary and not unreasonable, the state made little attempt to explain its rationale or reach common ground with the concerned parties.  In the absence of a sitting parliament (Egypt’s was dissolved three years ago; the new one is to be elected in the coming two months) there was no political debate or public discussion; the law was simply drafted and approved by the cabinet and wage restructuring began in July.

In August, a group of 2000 Tax Authority employees assembled to oppose the law, fearing for their jobs and salaries. High officials hastened to reassure them, including Prime Minister Ibrahim Mahlab who said the law will benefit "the people, the state, the good of society, and discover [sic] youth and [their talents]."[5]  The demonstration by state employees was in direct defiance of the Protest Law passed in 2013 under which many activists have been imprisoned.  The protest was also condemned by the state-controlled trade union federation (ETUF). No one, however, was arrested. President El-Sisi called on demonstrators to accept the law and make a “sacrifice for their country.”[6]

Another larger protest was held on September 12 by Tadamon (solidarity) a grouping of independent unions representing a wide range of state employees, from doctors to railway workers. Aside from being passed without parliamentary review, the Civil Service law drew criticism for the fact that it excludes some state bodies without clarifying which ones or why. Some ministers reassured their employees that they were among the exempted, implying that they were better off than those the law covered.[7]

Nor were provisions made for the establishment of the  ‘human resource committees’ who would be responsible for evaluating, hiring, firing and regularly assessing millions of employees.  Such an undertaking promises to generate another mountain of paperwork and, state employees fear, more procedures that are vulnerable to favoritism and corruption.

Tensions mounted in the run-up to the September 12 protest, with pro-government independent media personalities accusing the demonstrators of Muslim Brotherhood affiliations, and warning ‘you will pay the price dearly if you join.” [8]  But on the morning of the protest, breaking news that Prime Minister Mahlab and his cabinet had resigned, stole the civil servants’ thunder.

Police prevented busloads of civil servants who work in other governorates from reaching their destination in Cairo. The several hundred who managed to gather in Fustat Park, one of two designated areas where protests are allowed to take place without permission (off the main street and out of the public eye), received limited media coverage. The potentially incendiary issue of bureaucratic reform was neatly, if temporarily, set aside. With independent union leaders demanding a parliamentary review for the law and threatening further demonstrations, the matter has been placed on hold until the new parliament assumes its functions by late December of this year.[9]

Egypt’s government is certainly justified in undertaking these urgent and long overdue reforms. But such sweeping measures called for by the Civil Service Law should have been accompanied by a serious effort to explain the project to the public and gain its support.   Especially now, as people labor under the strain of reduced subsidies on fuel and electricity, in addition to widespread water and fuel shortages and high inflation, the call for further sacrifices threatens to diminish the government’s fund of public trust, arguably its most precious resource.