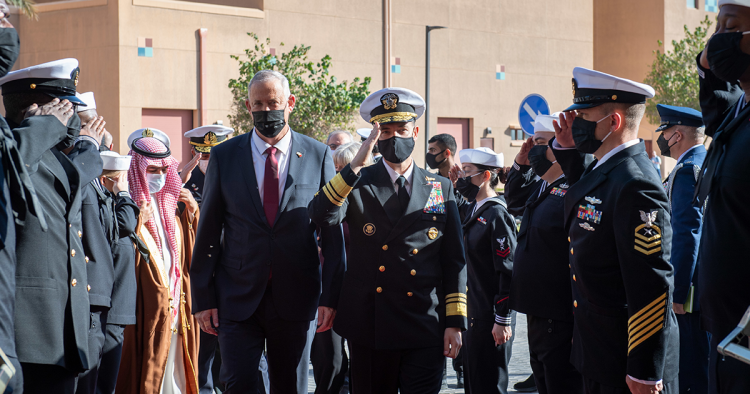 The U.S. is disengaging from the Middle East as it shifts its focus elsewhere, a move widely perceived within the region as a sign of a coming American departure. Many in Israel were concerned that this would strengthen Iran and its influence in the region. Instead, it is Israel that has emerged stronger.

For years, Iran has called for the departure of U.S. forces from the region, especially after they arrived in great numbers in the Middle East following the 2003 invasion of Iraq. Iran saw the presence of U.S. forces on its borders in Iraq and Afghanistan as a threat to its national security. It also saw the U.S.’s military presence as helping Israel, its chief regional enemy. For Iran’s leadership, the weaker the U.S. military presence in the region, the more vulnerable Israel would feel. Additionally, a reduced U.S. presence would allow Iran, either directly or through its proxies, to expand its influence across the Middle East, further isolating Israel.

However, contrary to Iran’s prediction, Israel has emerged stronger as the U.S. has disengaged from the region. Ironically, Israel has the Iranian leadership to thank for this, at least in part. During the U.S.’s gradual disengagement, instead of taking concrete steps to improve relations with regional countries, especially Saudi Arabia and the UAE, Iran continued to back the former’s enemies: the Houthis in Yemen. Although Iran has been holding talks with the Saudis since April 2021, its continued military assistance to the Houthis has severely undermined these efforts. This is further indicated by the fact that, at the time of writing, the Saudis have still not confirmed whether they will take part in the fifth round of talks.

Consequently, the Saudis have accelerated their rapprochement with Israel. This was evidenced recently, in early February 2022, when Saudi forces agreed to publicly participate in a U.S. naval exercise alongside the Israeli navy. Another sign of improving relations came when CNN revealed in December 2021 that Saudi Arabia has been building missiles with China's help. Had this happened from the 1980s through 2010, Israel would have raised hell. For many years, Israel was vehemently opposed to the sale of weapons, especially offensive ones, to the Saudis because of the kingdom’s hostile policies toward Israel. However, after the CNN revelation, there was no sign of opposition or condemnation from Israel. The CNN report also shows how Iran's policies toward the Saudis anger some of its allies. The Chinese, who the Khamenei regime counts among its allies, are now helping the Saudis build missiles that could theoretically reach Iran.

Iran's policies also played a part in the establishment of diplomatic relations between Israel and the UAE and Bahrain in September 2020. Concerned about Iran’s hostile acts and rhetoric toward them, and about the U.S. leaving the region, both Bahrain and the UAE decided to normalize relations with Israel. Of course, other factors were involved in the two countries’ decision as well, but seeing Israel as an alternative to the U.S. as a regional bulwark against Iran was an important one. The recent Houthi missile and unmanned aerial vehicle (UAV) attacks on the UAE have further cemented Israel’s relations with both the UAE and Bahrain. Attacking the UAE was a strategic decision by the Houthis, taken in response to the involvement of UAE proxy forces in Yemen’s ongoing war and, more importantly, to a string of losses suffered by the Houthis at the hands of the Giants Brigade, a UAE proxy force in Yemen.

It can be argued that the Houthis do not consult Iran on every tactical decision. However, on such an important strategic decision as attacking the UAE — especially when weapons supplied by Iran are involved — it is unlikely that the Houthis would proceed without at least a green light from Iran. In this case, the Houthis even admitted to using the Iran-designed Zulfaqar missile to attack the UAE. This will likely lead to the shelving of efforts to improve Iran-UAE relations, at least in the short to medium term.

Instead, there is now talk of Israel selling radars that could help the UAE track and destroy missiles. Furthermore, on Feb. 1, 2022, Israeli Prime Minister Naftali Bennett hinted that Israel could share its new anti-missile laser system, which it is developing with the UAE. While a dispute between Israel and the UAE over security at Dubai airport has recently emerged, it is unlikely to develop further as both the Israeli and Emirati governments are making intense efforts to resolve it.

Israel-Bahrain relations have also reached new heights. On Feb. 2, 2022, for the first time ever, an Israeli air force plane, carrying Defense Minister Benny Gantz, touched down on Bahraini soil. The two countries signed a memorandum of understanding (MOU) to support cooperation in areas of military and intelligence. Undoubtedly, these efforts will be aimed at confronting Iran.

Israel is concerned that a return to the Joint Comprehensive Plan of Action (JCPOA) would allow Iran to maintain and expand its presence in the region through its proxies. This is a logical concern. However, should the U.S. return to the 2015 nuclear deal, this time around Israel will be able to count on its new and improving diplomatic, economic, and military relations with regional countries, especially the UAE and Bahrain. Israel’s relations with the Saudis are bound to improve as well, considering that Iran seems unwilling to give up its influence in Yemen through its support for the Houthis.

Photo by MC2 Class Dawson Roth. The appearance of U.S. Department of Defense (DoD) visual information does not imply or constitute DoD endorsement.