Transitional Justice and the Politics of Lustration in Tunisia 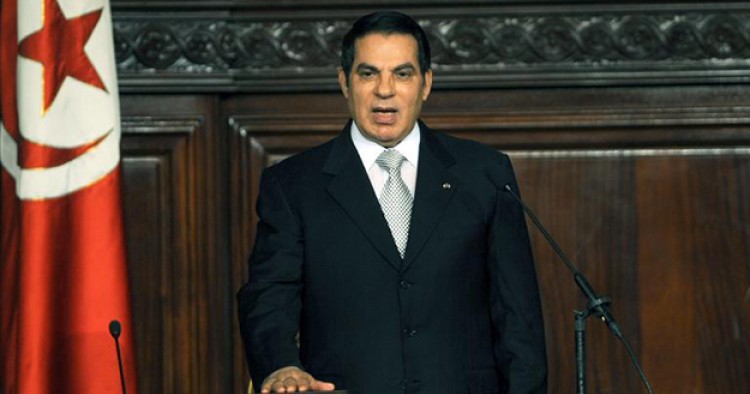 No transitional justice dilemma is more contested in Tunisia than that of lustration and vetting.[1] While trials of former ruling elites, either in absentia or in the courtroom, grab international headlines, the question of how to deal with the tens of thousands of former Ben Ali regime functionaries who were complicit in past abuses yet are not likely to be brought to trial has proven even more politically charged. To be sure, the question over the fate of these potential targets of lustration and vetting continues to contribute to Tunisia’s prolonged post-revolutionary political crisis, as draft laws on lustration and ad hoc leaks from state archives solidify cleavages among Tunisia’s diverse array of transitional political actors.[2]

The last two years in Tunisia and Libya have seen strong demands for the exclusion of tens of thousands of former regime officials from the transitional process through lustration and vetting laws, locally known as political isolation in Libya and political exclusion in Tunisia. While the Libyan General National Congress adopted a draconian political isolation law in May 2013,[3] this contribution will focus on the political exclusion debate in Tunisia, where post-National Constituent Assembly election lustration and vetting laws have been proposed and debated but not adopted. This contribution will argue that proposed lustration laws aimed at safeguarding Tunisia’s transition to democracy from recalcitrant former ruling elites and their supporters have brought about a deepening polarization and politicization of transitional justice debates and have reinforced a perception that Tunisia’s transitional justice process is not primarily aimed at repairing past injustices. Rather, the perception is that the process constitutes an attempt to forge legal mechanisms designed to disempower those advancing political projects aimed at reclaiming the Destourian legacy of the Ben Ali or Bourguiba regimes.

Lustration in Tunisia has been primarily pursued through electoral laws, which prohibit the candidacy of categories of individuals whose affiliation with the former regime disqualifies them from participating in Tunisia’s transition. As such, unlike in post-Communist Europe, where lustration legislation targeted personnel systems,[4] in Tunisia lustration has been aimed at altering the electoral landscape both symbolically, through stigmatizing Tunisia’s Destourian political tradition, and practically, through the disenfranchisement of tens of thousands of citizens.

On January 14, 2011 Tunisian President Zine el-Abidine Ben Ali fled into exile in the face of nationwide popular protests. But despite a dramatic departure that came to mark the onset of the “Arab Spring,” Ben Ali left behind a massive political party apparatus, that of his ruling Constitutional Democratic Rally (RCD), which had over two decades enforced the regime’s hegemony on political and economic life. To be sure, the Ben Ali regime aspired to exercise near total control over Tunisian politics, media, and the economy. Both the RCD party leadership and its rank-in-file membership were complicit in the maintenance of an autocratic regime, described by Larbi Sadiki as a “façade democracy” that was characterized by a co-opted opposition and rigged elections.[5] In addition to containing, co-opting, or silencing opposition voices, regime officials frequently abused public trust through a catalogue of abuses that ranged from corruption to torture to extra-judicial killings. Although the RCD was banned only months after Ben Ali’s departure, on March 9, 2011, through a court judgment issued shortly after the resignation of Ben Ali’s former prime minister Mohamed Ghannouchi on February 21, 2011,[6] the question of how to deal with large numbers of individuals who through party membership or other public functions were either complicit in or individually responsible for past abuses remains open two years later.

Tunisia’s first steps toward restricting the political participation of former regime officials were taken in the form of electoral laws that established the legal framework for Tunisia’s National Constituent Assembly (NCA), which was tasked with guiding Tunisia’s constitution drafting process. Decree Law 27 adopted on April 18, 2011 established the High Independent Authority for Elections (ISIE) and contained the country’s first legal prohibitions on the political participation of former regime officials through a prohibition on anyone who had held a function within the RCD during the past ten years or had called for the reelection of Ben Ali in 2014. The ISIE then drafted an electoral law for the October 23, 2011 NCA elections, Decree Law 35, which adopted prohibitions that excluded former RCD officials from candidacy in elections. Article 15 of this decree excluded three categories of individuals: those who assumed positions in government under Ben Ali, with the exception of those who did not belong to the RCD; those who held positions of responsibility within the structures of the RCD; and those who called for Ben Ali’s reelection in 2014. The first two categories of excluded persons faced sanction for their affiliation with the structures of the Ben Ali regime, while the last category was more ambiguous as it targeted the munachidine, or “those who implored” in Tunisian Arabic. The Carter Center voiced a number of concerns with the electoral law’s exclusionary clauses. First, it noted that the High Commission on Political Reform, which was tasked with implementing political exclusion, failed to notify banned persons. Another concern was that the Commission failed to establish a process that would allow individuals to challenge their exclusion.[7]

Exclusionary electoral legislation adopted in the spring of 2011 reflected public concerns that appeared to be affirmed by an attempt by RCD elites under Mohamed Ghannouchi, in the hours following the collapse of the Ben Ali regime, to cobble together an RCD-dominated transitional government under the terms of Tunisia’s 1959 constitution. Political exclusion in particular, and transitional justice more broadly, gained momentum following the October 23, 2011 NCA elections that resulted in the electoral triumph of longtime opposition movement Ennahda, which formed a coalition government with two smaller parties, Ettakatol and the Congress for the Republic Party. Ennahda, an Islamist movement, bore the brunt of state repression under Ben Ali. Its electoral victory brought into government individuals who experienced years of imprisonment and torture under Ben Ali. Therefore, it is not surprising that the pursuit of transitional justice became a focal point for the new government.

Following the October 23 elections, the Ennahda-led coalition government launched a national consultation on transitional justice, which produced a draft law that was voted into law by the NCA on December 14, 2013. Significantly, political exclusion laws have been proposed within the context of electoral laws and thus fall outside the purview of the Ministry of Human Rights and Transitional Justice’s[8] national dialogue on transitional justice and subsequent law on transitional justice. Although most of the articles in the Ministry’s draft law deal with the establishment of a truth and reconciliation commission, the law also features a reference to vetting state institutions:

Institutional reform aims at dismantling and rectifying the system of corruption, oppression and tyranny so as to guarantee the non-recurrence of the violations, the respect of human rights as well as the establishment of a State of Law. Institutional reform namely includes revising the legislations, vetting State institutions and utilities whose responsibility for the corruption and violations has been proven as well as updating and restructuring their methodologies and rehabilitating their staffs.[9]

Although this reference argues that both vetting and rehabilitation of personnel are necessary for “rectifying the system of corruption, oppression and tyranny,” the line between dismissal and rehabilitation is not established. Of course, the reference to guaranteeing human rights can be seen as an acknowledgement to protect due process rights during transition and thus eschew affiliation-based modes of accountability; nonetheless, Ennahda continues to advance calls for affiliation-based exclusionary legislation. The party’s draft Law on the Protection of the Revolution established a wider scope of exclusion than the 2011 NCA electoral law. This law targets members of the RCD from April 2, 1989 until January 14, 2011 along with those who called for Ben Ali’s reelection in 2014. These individuals would face a ban from participation in elections at local and national levels and would be barred from holding civil service employment for a period of 10 years.[10]

From July 25, 2013 until December 15, 2013 Tunisia’s major political actors sought to negotiate an exit from political paralysis, which froze the work of the NCA. In the aftermath of two political assassinations, public protests, and growing Salafi violence in the Chaambi region and beyond, the NCA constitution drafting process stalled while Ennahda, Nidaa Tounes, and the Popular Front maneuvered through Tunisia’s longest and most sustained political crisis since the January 14 revolution. The murders of opposition Popular Front politicians Chokri Belaid in February and Mohamed Brahmi in July 2013 resulted in calls for the resignation of the Ennahda-led troika and the dissolution of the NCA. Despite Ennahda being caught off guard by the outpouring of public outrage in the aftermath of the assassinations, it vigorously fought back to maintain political momentum.

Throughout the crisis Ennahda focused on averting the dissolution of the NCA. It was only the intervention of Tunisia’s largest labor union, the UGTT, through its convening of a National Dialogue for political negotiations, that enabled Tunisia’s exit from its immediate political impasse. Nevertheless, the resulting appointment of a technocratic government under Tunisia’s former minister of industry, Mehdi Jomaa, who aims to guide Tunisia through the constitution drafting process and to the next national elections, still leaves unresolved many issues that led to Tunisia’s political crisis in the first place. Given the need to establish an electoral framework for the next elections, the extent to which previous exclusionary measures will be reproduced in the new electoral laws remains contested. In the context of a deeply polarized domestic political context, exclusionary lustration legislation will only serve to deepen and reinforce Tunisia’s political divides.

[1] While Grodsky and David conceptualize lustration as regionally specific to post-Communist Europe (Brian K. Grodsky, The Costs of Justice: How New Leaders Respond to Previous Rights Abuses [Notre Dame, IN: University of Notre Dame Press, 2010] 58-74; Roman David, Lustration and Transition Justice: Personnel Systems in the Czech Republic, Hungary and Poland [Philadelphia: University of Pennsylvania Press, 2011], x), this paper uses the term lustration more broadly in reference to the vetting of individuals against the records of the former regime for membership in former ruling parties and other organizations associated with the maintenance of the former regime’s political, economic, and social order. If found to be members of these parties or organizations, such individuals are excluded from either public service or electoral politics. As such, like lustration in post-Communist Europe, lustration in Tunisia is primarily aimed at excluding persons from transitional processes on the basis of past affiliations, which may not necessarily mean that an individual has committed a criminal offense.

[2] Most recently, Tunisia’s president, Moncef Marzouki, published a “black book” of Tunisian and foreign journalists who allegedly collaborated with the Ben Ali regime. This was generally seen as a setback for transitional justice in Tunisia, as ad hoc leaks from state archives, which take place outside of a wider investigative process, undermine transparency and confidence in transitional justice processes. See David Tolbert, “Tunisia’s Black Book: Transparency or Witch Hunt?” Al Jazeera, 9 December 2013, http://www.aljazeera.com/indepth/opinion/2013/12/tunisia-black-book-transparency-witch-hunt-2013128517156923.html.

[6] After Ben Ali fled on January 14, 2011, his prime minister, Mohamed Ghannouchi, formed a new government that was boycotted by the opposition, which demanded the resignation of Ghannouchi’s transitional government. On February 21, in response to protests known as Kasbah 2, Ghannouchi resigned and handed over power to Beji Caid Essebsi, a former minister under Tunisia’s first post-independence president Habib Bourguiba.

Across the Maghreb, support for all outside actors, including China and Russia, remains low