US Policy and the Creation of a Sectarian Iraq 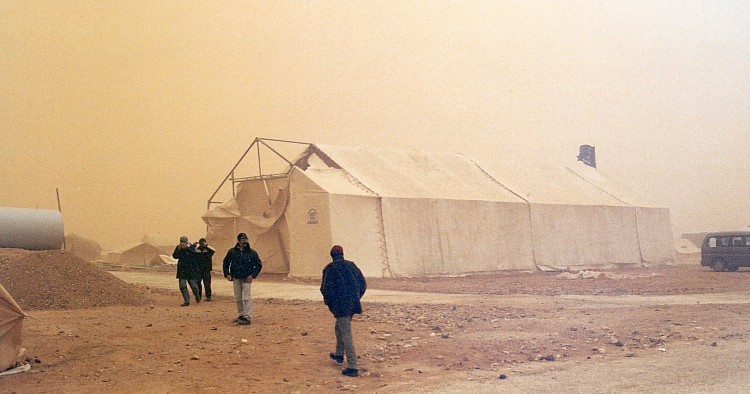 Commentators frequently affirm that sectarian violence in Iraq springs from age-old ethnic tensions which long pre-date American involvement in the region. While the relevant sectarian identities do date back several centuries, sectarian violence has not persisted as a social constant throughout the millennia. In the case of Iraq, key US policy choices made in the wake of the 2003 invasion, whether purposefully or unwittingly, have led to a progressive, incessant increase in sectarian tensions culminating in violent geographic consolidation of ethnic mapping.

Under Iraq’s ancien régime, national space was dominated by a self-defined and self-consciously secularist approach, whereby communitarian or ethnic nationalist extremism was violently suppressed by the state on behalf of those living in the cosmopolitan capital of Baghdad. Within this paradigm, social divisions primarily reflected levels of urbanization, class attainment, political power, tribal membership, or national identity rather than sectarian affiliation. Before 2003, one might usefully classify Iraqi society as being divided between Baghdad and the rest of the country, Ba’th party members and the rest of society, Kurdish nationalists and their opponents, communitarian activists and secularists, and several other categories that no longer carry the same relevance.

Prior to the March 2003 invasion, US policymakers, rather than recognizing the relevance of such classifications, tended to see Iraq through a tripartite lens allowing for only three actors: Shi‘a, Sunni, and Kurdish. Due to certain policies implemented by the occupying power, this tripartite lens has become a self-fulfilling paradigm. In effect, Iraq’s new “imagined community” was imagined in Washington.

Invasion enthusiasts were quite clear that the Iraq encountered upon arrival would no longer be allowed to exist. Consistent with Condoleezza Rice’s doctrine of “creative chaos,” early policies eliminated the Iraqi state and symbols of common national identity. Sectarian-minded actors stepped into the vacuum while occupation forces passively observed the unraveling of the national fabric.

Parallel with efforts to instantly privatize Iraq’s state sector was a comprehensive $18 billion reconstruction program announced with some fanfare by the Bush Administration shortly after the completion of the invasion. As the program’s “no-bid” contracts were almost exclusively channeled to US corporate entities, Iraqi institutions were effectively frozen out of any stake in their own reconstruction program. While Iraqi returnees frequently sub-contracted several tasks on these contracts, locals often found that the only job open for them in this process was manual labor. Not surprisingly, this program orientation tended to alienate the Iraqi domestic elite, while its failure to share out reconstruction patronage resources contributed to the country’s economic collapse.

Ambassador Bremer’s infamous de-Ba‘thification order, justified as spearheading the construction of an entirely new social order, effectively disemployed the entire Iraqi management strata — over 120,000 people — from state service, while at the same time forcing underground the single most visible remaining group of nationalist actors within Iraqi society. Usually portrayed as anti-Sunni Arab in effect, in light of which groups the Ba‘thist government had favored, this order could equally be seen as damaging to secularists, Christians, smaller minorities, and feminists. However, by reductively tarring Sunni Arabs with the brush of Ba‘thism, American policymakers encouraged revenge actions expressed in a sectarian fashion. At the same time, in light of the high correlation between the former cadres of government technocrats and Ba‘thist membership, this order allowed exile groups — largely sectarian in nature — to fill nearly all governmental posts being opened up by occupation authorities at the time. This last outcome exacerbated tensions between exiles and locals who had never left the country.

In the same week, Ambassador Bremer announced the dissolution of the entire Iraqi military, an estimated 500,000 men under arms. While CPA officials generally perceived the Iraqi military as “Saddam’s Army,” most non-Kurdish Iraqis saw the military as a professional, secular, and national institution capable of keeping the country unified in a time of crisis. While certain units, such as the Special Republican Guards, were widely perceived as tribal protectors of the former regime, the vast majority of the military was seen as largely outside of politics. The security vacuum caused by the final dissolution of this national institution was quickly filled by sectarian militias returning from exile in the summer of 2003.

Once Bush Administration officials conceded that functioning Iraqi security forces were a necessity amid a growing insurgency, they began stating that US forces would “stand down” when Iraqi forces would “stand up.” In an attempt to make up for Bremer’s dissolution of the Iraqi military, American officials strove to quickly re-form the Iraqi military in order to share security duties with coalition forces. Rather than integrating militia members into Iraqi security forces while disarming militia units, advisors usually incorporated into security forces and the police entire units of party militias, leaving such units intact, legitimized, and better armed. At the same time, former Iraqi military officers were largely frozen out of the new institution in a manner consistent with earlier policies. As a result, civilians who did not share either the sectarian makeup or the political perspectives of the respective units quickly came to fear and oppose these new units.

On July 13, 2003, Ambassador Bremer appointed — according to an explicitly sectarian population formula — a 25-person Interim Governing Council (IGC) to act as an advisory body to the CPA. A preponderance of diaspora returnees were chosen for this council at the expense of locals — most notably the nationally-minded Muqtada al-Sadr — who had never left Iraq throughout the previous regime’s rule. Reacting to his bald exclusion from power, a month later Sadr announced the formation of his “Mahdi Army,” which quickly flourished into one of the major sectarian militias in Iraqi politics today. The preference for diaspora returnees over locals, combined with the population formulas used to structure this nascent government, forced a newly sectarian political reality from which Iraq has yet to recover.

As the security situation continued to deteriorate throughout 2004, voters throughout the country began seeking safety in parties who promised to protect them in their neighborhoods, villages, and towns. As a result, the transitional parliamentary elections of January 2005 resulted in a landslide for sectarian-grounded parties. In the summer of 2005, American diplomats shepherded a new constitution through a summer of intense and heated negotiations amongst these elected parties and certain unelected political groups. As if to institutionalize the newly sectarian face of Iraqi politics, the constitution included provisions allowing for governorates to band together as federal regions with certain prerogatives of sovereignty, creating the potentiality of defacto regional partition. At the same time, clauses ensuring the funneling of oil revenues through such provincial structures combined with ambiguous statutes concerning the freedom of such regional institutions to negotiate international contracts, encouraging the fiscal fracturing of the national whole. Finally, the Kirkuk referendum guaranteed by the constitution ensured a sectarian poison pill for the future.

The February 2006 Samarra bombing is commonly seen as sealing the fate of cosmopolitan Iraq, and even the recent drop in violence has largely reflected the ending of sectarian diversity. By facilitating forced migration, erecting separation walls between Baghdad neighborhoods, encouraging the permanent resettlement of Iraq’s displaced populations, and creating fresh regional militias such as al-Sahwa, General David Petraeus’ Surge strategy has both reduced sectarian violence — and nearly consolidated the tripartite Iraq that some in Washington envisioned back in 2003. In spite of the relative calm of recent months, millions of Iraqis hope that such sectarian consolidation might some day be reversible.