We Have 4 Days to Stabilize Gaza 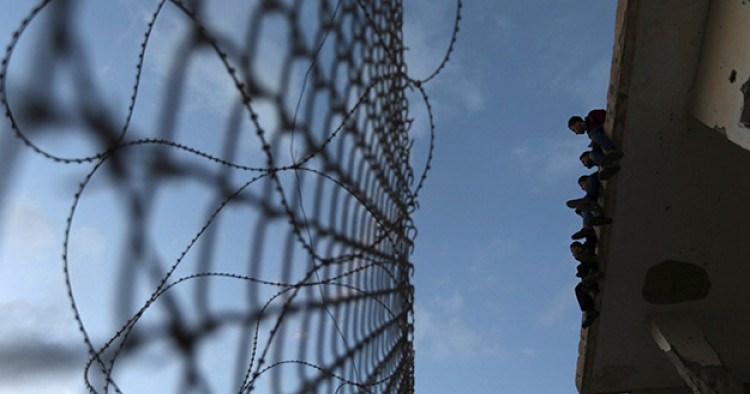 After the 2014 Israel-Gaza war, I tried and failed to convince Hamas to hand over a key border crossing between Gaza and Israel to the control of the Palestinian Authority (P.A.).

On November 1, Egypt succeeded in convincing Hamas to give up the facility. As part of a new intra-Palestinian agreement, Hamas evacuated checkpoints at Gaza’s crossings with Israel and Egypt. The move was supposed to be an initial milestone in a roadmap that would see the P.A. take over Gaza’s borders and government bureaucracy; steps toward reuniting the Palestinian political system. But the process is faltering. In response, Egypt convened an urgent round of negotiations, and on November 29, announced that the next milestone, handing over Gaza’s bureaucracy to the P.A., would be delayed from December 1 to December 10. The delay affords the international community a narrow window to work with Egypt to push the Palestinian parties toward compromise.

Underlying all this is the question of what to do with Hamas’s armed wing, the Qassam Brigades. Palestinian President Mahmoud Abbas and Israeli Prime Minister Benjamin Netanyahu have demanded the upfront disarmament of Qassam—though there is no foreseeable scenario in which Hamas disarms while the conflict with Israel continues. Egypt sent a proposal to Hamas and Abbas that would see it convene a committee to manage security between Qassam and the P.A.—theoretically giving Egypt and the P.A. a veto over the use of the armed wing. Hamas agreed to this formula, but Abbas has not responded. If implemented, this arrangement would do much to end the cycle of Israel-Gaza wars.

The key to stabilizing the Israel-Gaza relationship is opening Gaza and ending Hamas’s isolation. The more the economy is opened and Hamas is brought into Palestinian and Arab political and security relationships, the less motivation and freedom Hamas will have to go to war. Egypt’s proposal could tie Hamas into a system that would create tangible costs—particularly in its critical bilateral relationship with Egypt—should it defy Egypt and the P.A. and initiate hostilities with Israel. If this mechanism came with more regular opening of Egypt’s border with Gaza, as Egypt has proposed, Gaza would be far more stable.

The Trump administration, as well as European and Arab allies, should push Abbas to fulfill commitments he made in the October agreement. These include: (1) rescinding the economic measures the P.A. imposed on Gaza in the spring of 2017—reductions to the salaries of P.A. employees in Gaza and cuts to the electricity supply; and (2) deploying P.A. security to Gaza’s borders. Fulfilling these commitments is the next step toward asserting a measure of P.A. control and facilitating the opening of Gaza’s borders. Abbas also should be encouraged to accept Egypt’s proposal for managing Hamas’s armed wing.

The Trump administration should also engage with Egypt and Saudi Arabia, helping them to coordinate their positions in the region. Though the two allies support Palestinian reunification, they prioritize the confrontation with Iran differently. Saudi Arabia views Iran as the kingdom’s top foreign policy priority. While Egypt shares concerns regarding Iranian activities in the region, it is more focused on Gaza. In recent weeks, Palestinian figures resistant to compromise have exploited these gaps to leverage competing Saudi or Iranian support for their stances. A Hamas hardliner made a provocative visit to Tehran, and Abbas subsequently leveraged Saudi Arabia to back his maximalist position that Hamas must disarm up front. U.S. engagement with Saudi Arabia and Egypt, while reiterating our support for P.A. control of Gaza, could help the implementation of the agreement. The Palestinians need to see a unified front from their Arab allies, in support of Egypt’s proposal for managing Hamas’s armed wing. This also will help Arab Sunni states keep Hamas out of Iran’s orbit.

Deploying P.A. forces on Gaza’s borders and opening the crossing with Egypt are not long-term solutions to Gaza’s problems. These measures do not address Israel’s role as an occupying power that continues to control Gaza’s coastline, airspace, and population registry, among other things. Ultimately, Israel’s draconian restrictions on the movement of people and goods must be lifted and the Palestinians need to return to elections, inaugurating unified leadership figures with a democratic mandate who could serve as partners for a future peace agreement. But the current Egyptian process affords a rare opportunity to stabilize Gaza. If the December 10 deadline is missed and the process collapses with conditions inside Gaza so desperate, Hamas could once again view war as a credible option.