Why Syria’s Assad Must Go – Now 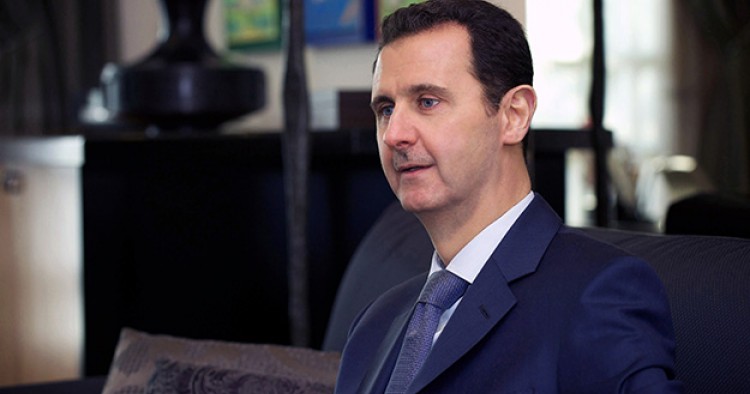 In his recent National Interest blog post entitled “Assad Will Have to Stay for Awhile,” Paul Pillar advises the Obama administration to ignore regional calls to help bring down the Assad regime, for three reasons: the resilience of the regime; the need to avoid fighting it and ISIS simultaneously; and the need to preserve stability in Syria. Pillar’s three reasons are flawed.

First, although the Assad regime has survived the crisis in Syria despite contrary predictions, it did so only because of massive assistance from Russia, Iran, and Hezbollah – not as a result of Assad’s domestic popularity or the strength of his regime.

Second, Pillar’s warning against battling the Assad regime and ISIS simultaneously is based on the assumption that the two allegedly antagonistic parties are fighting each other. Yet, the evidence suggests the opposite: The Assad regime and ISIS feed off each other. Assad has done much to prop up ISIS, first by releasing hard-core jihadis from his prisons under the guise of presidential amnesty to political prisoners (many of them now constitute the leadership of ISIS), then by aggrandizing ISIS financially through government purchase of oil from the fields ISIS controls (the Assad regime currently purchases electricity from ISIS), and now by concentrating most regime fire, in concert with ISIS, against moderate, secular rebels. In return, ISIS largely abstains from battling Assad’s forces.

To be sure, Assad’s interest in the continued existence of ISIS is twofold: to instill fear into Syria’s non-Sunni minorities so as to rally them around his minority regime; and to promote his narrative according to which the Syrian crisis is in large part a confrontation between his government and Islamist extremists. In either case, ISIS helps Assad divert domestic and international attention from the true nature of that crisis: a popular uprising against nearly half a century of the Assad family’s dictatorship. In these circumstances, although the airpower of the U.S.-led coalition against ISIS might eventually degrade that terrorist group, it will not defeat it, at least not so long as Assad remains in power.

Finally, Pillar holds that Syria, absent Assad, would descend into anarchy. Yet, the Assad regime is the source of Syria’s increasingly anarchic condition. By deliberately using lethal force against unarmed demonstrators early on in the uprising, Assad succeeded in achieving his twin goals of militarizing and radicalizing the uprising so as to confront it militarily – in the name of law and order. In the process, Assad demonstrated his willingness to destroy Syria rather than to relinquish what he considers to be his legacy. Instead of bowing to popular demand, Assad continues to manipulate Syria’s (and the region’s) sectarian contradictions and to use lethal force against dissenters. Thus far, nearly a quarter of a million people have been killed, nine million are internally displaced, and another three million have become international refugees. Ninety percent of Syria’s physical infrastructure has been destroyed.

In sum, the Assad regime, whose survival is dependent mostly upon the largesse of a few foreign powers and groups, and whose brutality helped shape the environment in which ISIS grew, is an agent of instability, both in Syria and the region.

Washington’s response to the Syrian crisis must not be based on moral values alone. It must be based on America’s strategic interest as well. Within this context, real transition in Damascus is a U.S. imperative. The Iran-Assad-Hezbollah axis has for long challenged U.S. policy in the Middle East and threatened the stability of Washington’s regional allies. It is in that vein that President Obama sought (and failed) to “flip” Syria, diplomatically, during his first term. He now has the opportunity to achieve that goal, not by deploying U.S. boots on the ground, but by assisting Syria’s moderate, secular opposition -- in a meaningful way – in carrying out that task. The United States should work with its allies in the region to help unify and dramatically strengthen the much ignored moderate opposition. Without a strong moderate Syrian opposition, there is no way to defeat ISIS in Syria or force a real transition in Damascus.