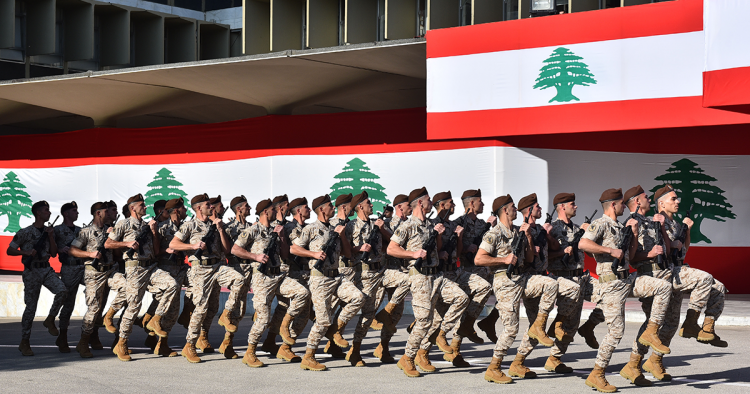 In the past several months, Biden administration officials have been pushing back against an encroaching narrative that the United States has abandoned the Middle East. The strategic emphasis on great power politics, the withdrawal from Afghanistan, and a willingness to revisit the 2015 Iran nuclear deal have all prompted concerns among Middle Eastern allies that the region is no longer assured U.S. support for problems that many attribute to past U.S. policies. The changing nature of U.S. engagement elicits questions from states in the region about whether they can really rely on the U.S. as a strategic partner, which undercuts American plans to strengthen partnerships around the world.

Administration officials have sought to portray the shift as a return to the basics of strategic cooperation with long-standing allies to pursue shared regional objectives, with particular emphasis on deterring adversaries from getting nuclear weapons, countering terrorism, and supporting Israel. Iran is often portrayed as the negative nexus of all three: as an aggressive nuclear contender, a sponsor of regional terror groups, and a persistent thorn in Israel’s side. To some extent, this focus on Iran makes good policy sense. It has been persuasively argued that states are more likely to engage in risk-taking behavior to prevent potential loss versus advance potential gain. Thus, by focusing on Iran, the U.S. theoretically positions itself well to advance partnerships with states that stand to lose in the face of ascendant Iranian power. We can understand the burgeoning relations between Israel and the Gulf states through this lens.

But deepening partnerships built on a shared threat are not enough to assuage the concerns of all valuable allies in the region given the increasing perceptions of U.S. unreliability. To address these concerns, the U.S. needs to identify positive nexuses across policy priorities as well. One ripe option in this frame is Lebanon, where the United States has a reliable and long-standing partner in the Lebanese Armed Forces (LAF).

On the one hand, Lebanon is a country on the verge of collapse. The economy was already in freefall when a massive explosion rocked the Port of Beirut in August 2020 and sparked protests against the notoriously corrupt governing class, a situation which has only deteriorated in the past 16 months, with more than 80% of the population now living in poverty. Fuel shortages across the country have led to a deeply unstable security situation, and the government is beset by corruption and sectarianism. This would be bad enough on its own, but Lebanon’s collapse has the potential to reverberate beyond the borders of the state itself; indeed, it could detrimentally affect each of the aforementioned U.S. policy goals in the region more broadly.

But on the other hand, this dynamic offers a compelling opportunity for the U.S. to actively demonstrate its commitment to the “basics” of supporting reliable partners in the region. The LAF has served as a source of stability both in and outside the state for decades now, and it is the only meaningful source of institutional leadership in Lebanon not backed by Iran. It has been a long-time U.S. security cooperation partner and has received consistently high rankings for reliability in the midst of conflict. The LAF has also been a dependable partner in counter-terrorism operations, against ISIS, al-Qaeda, and Fatah al-Islam, among others. Finally, although Lebanon and Israel have historically been adversaries, the LAF is both a counterweight to Hezbollah’s aggression against Israel and a reliable partner to the U.N. Interim Force in Lebanon’s work on the Israel/Lebanon border.

The LAF is already a long-time beneficiary of U.S. education and training programs and Foreign Military Financing grants. But its needs are both more personal and more acute in the context of the recent economic freefall. Its officers have seen their income drop eightfold in the last two years and now struggle to feed their families. This puts impossible pressure on the single remaining functional source of leadership in a strategically significant country.

The U.S. can relieve this pressure with a synchronized material and human capital approach. First, the U.S. needs to continue to move aggressively to provide assistance that can result in the LAF troops receiving a consistent salary. The United States cannot legally pay these salaries, but it can support other military costs that would free up money for the LAF to pay them itself. In September 2021, President Joe Biden authorized Secretary of State Antony Blinken to direct nearly $50 million toward this effort, but there are restrictions prohibiting the payment of recurrent costs, which undercuts the predictability of this type of assurance. The Biden administration needs to consistently reassure the LAF it is committed to a range of options that can enable the LAF to pay its troops a reliable living wage.

Second, the United States is in a position to make long-term plans to maximize the LAF’s stabilizing role by making a long-term investment in the focused development of human capital. Not long ago some LAF leaders expressed interest in collaborating with U.S. Department of Defense entities to develop an inter-ministerial defense college, similar to efforts underway in the UAE, Saudi Arabia, and Jordan. The Lebanese efforts lost traction in the face of state collapse, but they are worth pursuing now more than ever. Many of the outside offers of financial and political support for Lebanon are predicated on the implementation of political reform. But the current political power dynamic leaves reform in the hands of those who benefit most from the status quo. Lebanon needs a new class of leaders and a pipeline for helping them achieve prominence. A defense college, closely affiliated with the existing Fouad Shehab Command and Staff College, has the potential to raise up a new class of civilian and military leaders while reinforcing the values that have made the LAF a positive force in the midst of a corrupt state.

Supporting the armed forces of a desperately unstable country is hardly a silver bullet. But the Biden administration’s Middle East strategy of reinforcing partnerships to mitigate challenges doesn’t require one. Instead, it demands steadfast commitments to historically reliable partners, and the LAF fits this bill. Committing to supporting the LAF even as Lebanon continues to fail won’t magically fix the many challenges still facing the Middle East. But it does preserve a partner with influence across many of them, and it serves as a valuable reminder to other U.S. allies that the United States is not going anywhere.

Dr. Jennifer Jefferis is a teaching professor and the director of curriculum for the Security Studies Program in the Walsh School of Foreign Service at Georgetown University, as well as a non-resident scholar with MEI’s Defense and Security Program. The views expressed in this piece are her own.