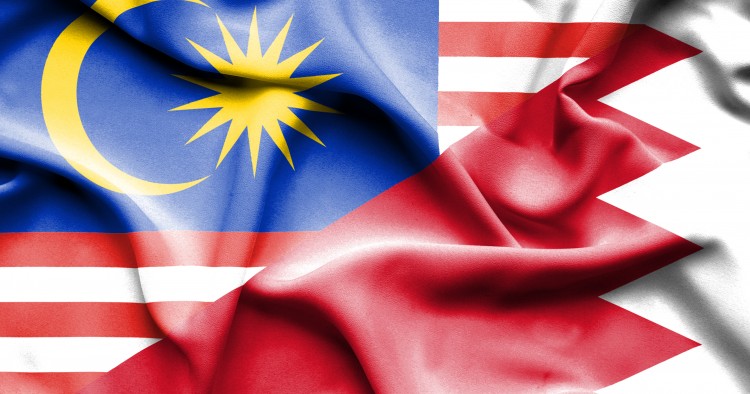 On May 3, 2017, King Hamad Bin Eisa Al Khalifa concluded a four-day trip to Malaysia, the first visit by a Bahraini monarch since the two countries established diplomatic ties in 1974 and the initial leg of a tour that also included stops in Brunei and Thailand.[1] The king’s swing through Southeast Asia — one of the world’s most economically dynamic regions — took place against the backdrop of Bahraini efforts to diversify the economy and to contend with a host of internal challenges and external threats. This essay takes a brief look at the development of economic ties between Bahrain and Malaysia in recent years, and considers the prospects for their continue
d growth in light of the outcome of King Hamad's visit.

Bahraini-Malaysian trade relations are underdeveloped and have fallen short of their potential.[2] However, there are a number of bright spots and recent signs of progress on the economic front. Furthermore, the two countries seem determined to expand trade across a wide range of sectors, including energy, Islamic finance, infrastructure, and halal products. Last year, the Bahrain Economic Development Board and the Malaysia Petroleum Resources Corporation signed a Memorandum of Understanding (MoU) to strengthen cooperation in the hydrocarbon sector.[3]

Bahrain, which is seeking to cement its position as a major sharia-compliant financial center, and Malaysia — already a world leader and standard-setter in Islamic finance — are looking for ways to strengthen their cooperation in Islamic banking, which plays a pivotal role in enhancing bilateral relations. Since 2008, Malaysia has participated annually in Bahrain’s World Islamic Banking Conference (WIBC).[4] In 2009, a Malaysian delegation led by the Crown Prince of the State of Perak and Kuala Lumpur’s financial ambassador visited Bahrain in 2009, further cementing ties between Malaysia and Bahrain’s Islamic finance sectors.[5] Two years later, Bahrain’s Elaf Bank commenced its operations in Malaysia, and the Bahraini Financial Exchange and Bursa Malaysia Berhad signed an MoU aimed at increasing financial traffic between the two countries.[6] With the expansion of Islamic finance, both Bahrain and Malaysia are seeking a niche in an expanding array of possible services and products. Globally, the two countries led the rankings in the Islamic Finance Development Indicator Report in 2015. The report, released by the WIBC, tracks the development of the Islamic finance industry across 108 countries and measures development by looking at five indicators: Quantitative Development, Knowledge, Governance, Corporate Social Responsibility, and Awareness.[7]

Construction is the sector where Malaysian companies maintain their strongest presence in Bahrain. According to Malaysia’s Ministry of International Trade and Industry, Malaysian firms have completed the Bahrain International Circuit and Bahrain City Centre, among other projects, collectively worth an estimated $1.24 billion.[8]

The Bahrain-Malaysia Business Council has fostered the growth of business and investment relations between the two countries. In 2010, for example, the two countries signed agreements on the Avoidance of Double Taxation and the Prevention of Fiscal Evasion with respect to Taxes on Income.[9] In 2012, Malaysia’s Malakoff Corporation acquired stakes in Bahrain’s Hidd Power Company.[10]

Despite mainly importing halal products from Australia, Brazil, North America, Ireland, and New Zealand for many years, Arab Gulf states’ economic pivot to the East has given Malaysia an opportunity to gain leverage over its competitors in halal industries, especially with halal laws already regulating the Southeast Asian country’s industries.[12]

Relying on “halal health treatments,” Malaysia has also profited from a growing number of medical tourists from the Middle East in recent years. Malaysia, which leads the world in halal pharmaceuticals, has halal-certified hospitals that serve patients without using products outlawed by Islamic law. For example, halal hospitals use bovine, instead of  porcine-based products such as insulin, and they serve their patients halal food while providing prayer rooms.[13]

For Malaysia, attracting more G.C.C. tourists is key for achieving its goals of having 36 million tourists per year by 2020.[14] Although Emiratis, Omanis, and Saudis constitute the majority of the hundreds of thousands of G.C.C. tourists to Malaysia, the latter’s industry experts are optimistic about attracting a growing number of Bahrainis to the country. Conversely, the Bahrain Economic Development Board (EDB) has identified tourism as a key sector to drive growth and development in the years ahead. With Manama having been named “Capital of Gulf Tourism 2016,” the Bahrain Tourism and Exhibitions Authority (BETA) is making a push to boost the number of visitors to the country. Supported by the injection of new investments into the hotel and hospitality sector, Bahrain's drive to draw more conventions, conferences, and exhibitions as well as more tourists to the country includes expanding cooperation with Malaysia and other Southeast Asian nations.[15]

Upon arriving in Malaysia, King Hamad was accorded a full state welcome and bestowed military honors. The visit yielded an agreement to establish a High Joint Commission tasked with overseeing the further development of the bilateral relationship, to be co-chaired by the countries’ foreign ministers.

The visit also yielded an agreement on air services and several MoUs covering sectors ranging from upstream and liquid natural gas (LNG) to tourism, banking, manufacturing, logistics and defense. Specifically regarding security and defense, the two countries pledged to enhance cooperation on information and intelligence sharing regarding terror networks and to share experiences in dealing with radicalization.[16]

Though Bahrain is a small island-nation of just 1.4 million people, its geostrategic location and strong ties with Saudi Arabia and other members of the G.C.C. position the country quite well to serve as a “gateway to the Gulf” and the wider Arab world — a point explicitly mentioned in the joint communique issued at the conclusion of King Hamad’s visit.[17]

Clearly, Bahrain-Malaysia relations have reached new heights. And leaders from both countries are determined to broaden and deepen the bilateral relationship.[18] To be sure, the two sides have some work ahead of them. For example, the fact that there are no direct flights between the two countries is a hindrance to the development of cooperation in the tourism sector, as is the unrest that Bahrain has experienced in recent years.[19] Nevertheless, the results of King Hamad’s historic visit, including the decision by Bahrain to open an embassy in Kuala Lumpur, and the possibility that an ASEAN-G.C.C. Free Trade Agreement will be struck, indicate that the relationship between Bahrain and Malaysia might well have a bright future.

[2] The United Arab Emirates (U.A.E.) and Saudi Arabia dominate Malaysia’s economic relations with Arab Gulf states, accounting for 59 and 26.5 percent, respectively, of trade between the Gulf Cooperation Council (G.C.C.) countries and Malaysia in 2010. Bahrain, which was the G.C.C. state that traded the least with Malaysia that year, accounted for only 1.8 percent of GCC-Malaysia trade. See “Malaysia: A Base for the Growing Asia-Middle East Market?” Middle East Institute, June 6, 2013, accessed May 9, 2017,

[8] “Malaysia and Bahrain Reaffirm Commitment Towards Closer SMES and Industrial Cooperation,” Ministry of International Trade and Industry, May 2, 2017, accessed May 9, 2017, www.miti.gov.my/miti/resources/MITI_Media_Release_Malaysia_and_Bahrain_Reaffirm_Commitment_Towards_Closer_SMEs_and_Industrial_Cooperation.pdf.