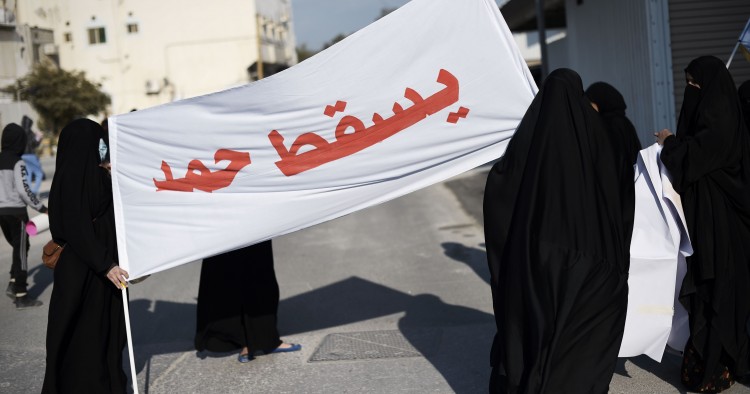 The Kingdom of Bahrain’s next parliamentary elections are scheduled to take place on Nov. 24 with second-round run-offs, if needed, following on Dec.1. King Hamad bin Isa al-Khalifa has said he hopes the vote, which will be the second since the political upheaval of the Arab Spring hit Bahrain in 2011, will mark “a new chapter of the march of democratic development.” Given the tense state of affairs in Bahrain, however, it is reasonable to question the likelihood that it will achieve this objective.

There is no indication that the Western-backed ruling monarchy and the Shi’a opposition, which at a bare minimum receives moral support, if nothing else, from Iran, are on the verge of making the concessions needed to resolve the kingdom’s post-2011 political crisis. To the contrary, the recent detention of 111 of the 169 people accused of forming “Bahrain’s Hizbullah”—a local offshoot of the Lebanese Shi’a group—followed waves of arrests of Bahrainis whom the state accuses of links with terrorism, yet human rights groups have come to defend, claiming that such arrests are part of a broader crackdown aimed at eliminating voices of dissent. Although the fate of these 111 detainees is unknown, their arrest only furthers the narrative supported by the kingdom and its allies in Saudi Arabia and the United Arab Emirates (UAE) that the Shi’a opposition’s unrest is ultimately being driven by Iran and its regional proxies.

The leadership in Manama is also blaming Qatar for Bahrain’s internal troubles. Pointing fingers at Doha serves to establish a more nationalist (and less sectarian) framework for the regime’s political narrative while the crackdown on dissent continues. To this point, on Nov. 4, the Court of Appeal found Sheikh Ali Salman, the leader of Bahrain’s Shi’a opposition, and two other opposition figures, Hassan Sultan and Ali al-Aswad, guilty of spying for Doha and working with the Qataris to exacerbate Bahrain’s domestic unrest amid the Arab Spring uprising of 2011. All three received life sentences, although Sultan and al-Aswad were sentenced in absentia. Ultimately, the accusations of “communicating with Qatari officials” during 2011, which were only levied last year, are a form of retroactive judgement whereby the Bahraini regime has criminalized communication that it accepted as legitimate at the time. Indeed, Manama accepted Qatari mediation efforts in 2011, and well-known regime loyalists, including Sheikh Abdellatif al-Mahmoud, joined Sheikh Ali Salman in attending Doha-sponsored talks.

Tensions between the Sunni monarchy and the Shi’a opposition have remained unresolved since the 2011 crisis, and the authorities’ clampdown has resulted in the increasing radicalization of its opponents. This has led some Shi’a figures to openly advocate for violence and turn to Tehran for support, whereas in 2011 they had sought to pursue their objectives by participating in the political process. In 2011, no evidence was presented to the Commission of Inquiry in Bahrain to support the claim that Iran was involved in the Pearl Roundabout protests, but the lingering impasse has afforded Tehran an opportunity to exploit Shi’a sensitivities regarding Bahrain, even if it remains unclear what real role Iran plays in the internal affairs of the Gulf Cooperation Council’s sole Shi’a-majority member state.

The crisis has worsened as the Bahraini regime has essentially eliminated space for civil society and political dissent of all types, whether Sunni or Shi’a. In 2016, authorities in Manama dissolved the al-Wefaq National Islamic Society, Bahrain’s dominant Shi’a opposition group and the leading bloc in parliament prior to 2011 (when it had held 18 of the 40 seats). The following year, the regime also dissolved the National Democratic Action Society (Wa’ad), the country’s main secular, left-wing political society. Both groups are prohibited from contesting elections, and last May parliament approved a bill that barred their members from running as candidates in this month’s elections as well.

Given that large segments of the population will probably not view the parliamentary elections as legitimate, there is little reason to expect the vote to bring the archipelago state any closer to lasting stability. In March 2011 al-Wefaq’s 18 MPs resigned en masse in protest of the state-led crackdown on mainly-Shi’a protestors. Al-Wefaq also boycotted the 2014 parliamentary elections—the first since the uprising—and argued that unfair state structures were designed to favor Bahraini Sunnis at the expense of the Shi’a majority. The leadership of both al-Wefaq and Wa’ad remain behind bars with no sign that the government is prepared to loosen its grip on organized political participation after successfully engineering the outcome of the 2014 elections to favor independent candidates, even at the expense of loyalist Sunni political societies that lost their seats, such as al-Minbar (the Muslim Brotherhood) and al-Asalah (a Salafi party).

Without both sides making concessions, there is little hope that the Sunni monarchy and the Shi’a opposition will overcome their impasse and resolve the crisis. If the Bahraini government wishes to move past the status quo––which has undermined stability and severely damaged the country’s economic health over the past seven years––it should reverse its decision to dissolve al-Wefaq and Wa’ad. If opposition politicians then want to renew participation, they should drop their electoral boycott and re-engage in the political process. As of now, however, there is no sign that either side is willing to engage in dialogue, much less compromise, in what is seen as a zero-sum political game in which extremist voices on both sides have crowded out the moderate advocates that just about held sway prior to 2011.

In a statement issued from London on Oct. 9, al-Wefaq called for a national boycott of Bahrain’s upcoming elections, highlighting the growing trust deficit between the regime and Shi’a opposition. Odds are good that participation in the November elections will be very low among Shi’a communities, which feel marginalized and believe that their government does not credibly represent them. While Bahrain remains trapped in a dilemma over which side will make the first move, the systematic dismantling of organized political societies since 2014 has resulted in an atomized and fragmented political landscape with which the leadership in Manama seems to believe it can live comfortably.