The Clash of Former Allies: The AKP versus the Gulen Movement 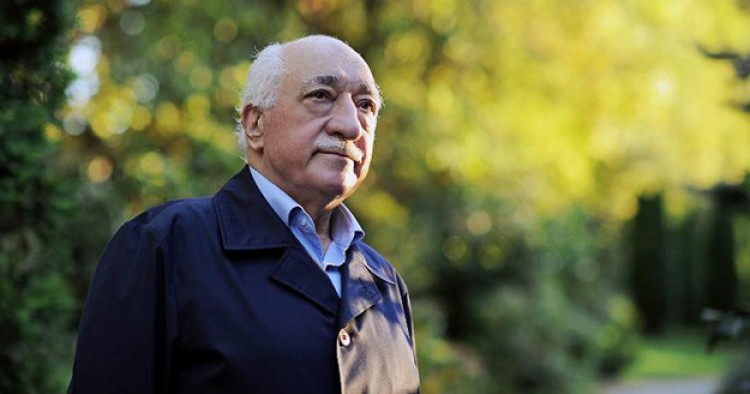 A major political row between Turkish Prime Minister Recep Tayyip Erdogan’s Justice and Development Party (AKP) and preacher Fethullah Gulen’s Islamic movement has been simmering in Turkey. The clash between the two former allies will have important implications at a time when Turkey appears increasingly vulnerable, with a war raging in Syria and the government facing fierce challenges from within. The rift will have an effect on a gamut of issues, from the “Kurdish opening” to upcoming local and presidential elections. The election cycle will kick off this month with local ballots followed by presidential and general elections in 2015.

Implications of the Rift

The high stakes “peace process” with the PKK might be the first casualty of the Gulen-Erdogan fallout. Although the government has not held up its end of the deal to carry out reforms, the AKP remains Turkish Kurds’ best bet for a resolution of the “Kurdish question.” The ultra-nationalist MHP Party and the main opposition CHP Party join the Gulen movement in its reservations regarding Kurdish demands. If the Gulen-Erdogan rift weakens the prime minister further, the PKK might not be able to find a strong enough interlocutor in Ankara to resist a nationalist backlash. Structural problems, weak coalition governments, and political instability hindered efforts to resolve the matter in the 1990s. The current peace process might suffer the same fate if the chaos continues, a fact that the PKK leadership must recognize. So far the PKK’s imprisoned leader Abdullah Ocalan seems to have sided with the government on the Gulen-Erdogan conflict. In statements from his prison cell, he has adopted the government’s narrative and called the Gulen movement’s move against the government a “coup attempt” to derail the peace process. In addition, both the PKK’s senior leadership in Qandil in northern Iraq and the pro-Kurdish Peace and Democracy Party (BDP) signaled that the PKK would not do anything to harm the peace process.[1]

The fate of the peace process thus largely rests on the election results, which will be a litmus test of Erdogan’s popularity and the Gulen movement’s political weight. The political fray between the two and the ensuing chaos have curbed the AKP’s lead in opinion polls but have not yet dealt a decisive blow to Erdogan’s rule. The majority of Gulen supporters have voted for the AKP since 2002, and the recent moves of Gulen’s elite against the government might not translate into a withdrawal of electoral support among the AKP’s Gulenist base due to a lack of an alternative on the center right. Many observers predict that the political fray might hurt the AKP only 2-3 percent in local elections.

A bigger challenge to AKP rule is the impact of the unfolding scandal on the economy. The AKP oversaw years of swift economic growth and development, but with devaluation of the Turkish lira and investors fleeing because of the political crisis, Turkey’s decade-old economic turnaround might be in jeopardy. The central bank is scrambling to protect the lira, but as the political crisis drags on, it might not continue to do so effectively.

The ongoing feud has damaged the Gulen movement as well. The movement owes its domestic influence partly to its global network that it has built over two decades. Particularly crucial is its strong standing in the United States and Europe. By presenting itself as an apolitical civil society organization devoted to intercultural and interreligious dialogue, the movement has been able to carve out a strong international position for itself as a model of “passive” and “liberal” Islam. But the Gulen movement’s power struggle with the government and its alleged infiltration of state structures have shattered that image, alienating some journalists, intellectuals, and community leaders sympathetic to the movement and raising some alarm bells in countries other than Turkey where the movement operates.

However, some good can come out of the turmoil. The chaos engulfing the country seems to have pushed the government to jump-start Turkey’s stalled bid to join the European Union. In his New Year’s Eve speech, Erdogan promised that “2014 will be a year in which full membership talks with the EU and the democratization reforms will speed up,” and he pushed for the opening of two more chapters in Turkey’s negotiations with the EU that cover issues related to the judiciary, fundamental rights, freedom, and security.

A Decade of Cooperation

The Gulen movement is Turkey’s largest Islamic movement. The movement follows the teachings of a retired religious functionary, Fethullah Gulen, who was born in 1941 near the eastern Turkish city of Erzurum. Since 1999, he has lived in self-imposed exile in a rural Pennsylvania town after fleeing Turkey over charges of seeking to topple the country's secular government.

The Gulen movement and the AKP emerged from different Islamic traditions. The AKP originated from the Islamist Milli Gorus movement (the National Outlook movement), while the Gulen movement’s roots go back to an Islamic tradition that some scholars call “civil Islam.” In the “civil Islamic” tradition, Islam is not concerned with politics per se but is focused on the spiritual development of individual Muslims and the promotion of human flourishing, which in the tradition’s view comes about via a robust civil society, ethics, social justice, and economic development. Supporters of the Gulen movement define themselves as apolitical and thus have distinguished themselves from political Islam. The AKP, for its part, denounced its predecessor’s Islamist ideology when it came to power in 2002 and presented itself as a “conservative democratic party.”

Despite their differences, the two formed a tactical alliance against military tutelage and the secular elite, which had victimized both their predecessors. In a joint effort to curb the military’s role in politics and to rebuild state and society, the pro-Gulen media and Gulen supporters within the Turkish bureaucracy, chiefly those in the police force and the judiciary, threw their support behind the AKP. Turkey’s “new capitalists,” who are based in Anatolia and have fostered strong relations with the Gulen movement, have relied on the country’s integration with the world market. They have both supported and become the primary beneficiaries of the AKP’s proactive foreign policies in the Middle East, Africa, and Southeast Asia. The Gulen movement’s transnational network of merchants, educators, journalists, and activists contributed to the AKP’s effort to redefine Turkish national identity and promote Turkey’s global image as a Muslim democracy. The Gulen-AKP alliance also helped the AKP survive the Constitutional Court’s 2008 case against it for alleged anti-secular activities. The alliance was additionally instrumental in that it curbed the military’s power through the Ergenekon and Sledgehammer trials, which led to the imprisonment of dozens of military figures who were implicated in coup attempts against the government. The Gulen movement’s backing also paved the way for the AKP to call for a referendum in 2010 to amend the military-drafted 1982 constitution and to receive over 57 percent approval from Turkish voters. Through its coalition with the AKP, the Gulen movement carved out a firm position for itself within the Turkish bureaucracy and the world as an archetype of “passive” and “liberal” Islam.

The Disintegration of the Alliance

After years of cooperation, the Gulen community has recently become a thorn in the prime minister’s side. In December 2013, prosecutors who are believed to be members of the Gulen movement and who worked on the Ergenekon case initiated a raid on dozens of individuals, including the sons of three ministers and an AKP mayor, over corruption charges. The ministers whose sons were accused resigned, and the government reassigned police chiefs and the deputy head of Turkish police force. The pro-AKP camp blamed the Gulen movement for setting up a “parallel state” within the police force and the judiciary, claiming that it attempted to bring down the AKP government through the corruption probe. The pro-Gulen camp, in return, accused the government of corruption and obstructing the graft investigation.

The power struggle playing out within Turkey’s “conservative coalition” against the old secular elite represents the breakdown of a decade-long alliance. The graft inquiry, however, is only the final straw. The tension that led to today’s rift has been building for some time due to diverging views on several foreign and domestic policy issues.

The first seeds of discontent were sown in 2010 when Israeli troops attacked a flotilla led by a Turkish aid agency carrying humanitarian aid to Gaza, killing nine Turkish nationals. Turkey demanded an apology and compensation for the victims’ families and recalled its ambassador from Tel Aviv. Gulen, on the other hand, condemned the flotilla initiative as an unlawful challenge to Israel’s sovereignty, a move that shocked even his own followers. The battle deepened further due to pro-Gulen media outlets’ criticism of Turkish Foreign Minister Ahmet Davutoglu. His efforts to improve ties with Iran rankle many Gulenists, who are pushing for a harsher line against Syrian President Bashar al-Assad.

The diverging views of the AKP and the Gulen movement particularly came to a head in regard to the Kurdish question. Gulen has a more hard-line nationalist approach to the Kurds than the AKP. After secret negotiations between the National Intelligence Organization (MIT) and the Kurdistan Workers’ Party (PKK) in Oslo became public, prosecutors said to be close to the Gulen movement tried to subpoena the Turkish intelligence chief to respond to accusations of a “disclosure of information to the PKK” and “collaborations with the PKK for the establishment of a Kurdish state” in February 2012. The prime minister deflected further investigations with two emergency measures that paved the way for a shake-up of the judges and prosecutors, which allowed the government to marginalize Gulen supporters within the judiciary.

In November 2013, the pro-Gulen media announced that the government was preparing a draft bill to close down the private preparatory schools that help Turkish students prepare for the centralized university entrance examination. The Gulen movement operates a quarter of these schools, which are a large source of income and recruitment for the movement. Prosecutors known to be close to Gulen launched the corruption investigation following this heightened tension.

What comes next largely depends on the results of the local elections. If the AKP wins over 40 percent and retains control of Istanbul and Ankara, Erdogan’s position will be strengthened. In such a scenario he will likely launch an all-out war against the Gulen movement, targeting its supporters within the bureaucracy, its media, and its wide network of civil society organizations. But if AKP votes fall well under 40 percent and the party loses Ankara and Istanbul, Erdogan might be forced to seek reconciliation with Gulenists. No matter which scenario prevails, things will never be the same between the former allies.

[1] In a statement on his Twitter account, BDP leader Selahattin Demirtas countered claims that he had said that the current corruption investigation would damage the peace process, saying, “The corruption investigations will give strength to the peace process. But at the same time we are not the type to ride the coattails of [the Gulen movement] and others like them.”