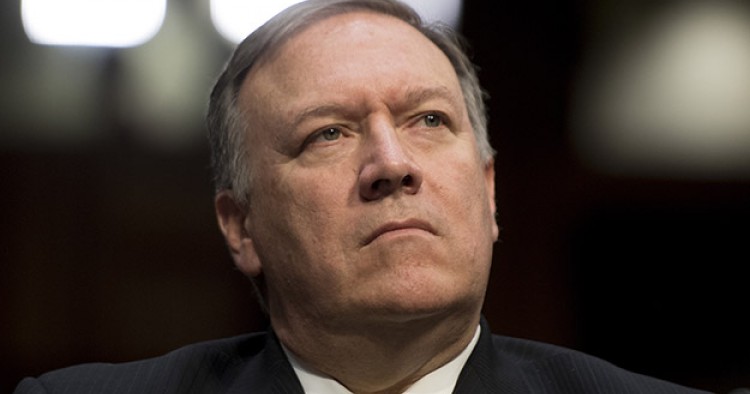 Read the full article on The National Interest

The tension between Turkey and the United States appeared to have diminished after the outgoing Secretary Rex Tillerson’s visit to Turkey in February. The two countries had been at loggerheads over a number of issues, particularly U.S. support for the Syrian Kurdish YPG militia, seen as terrorists by Turkey. The tension reached new heights after Turkey launched a military incursion into the northwestern Syrian Kurdish enclave of Afrin. The United States voiced concern that Turkey’s operation jeopardizes the fight against the Islamic State as the YPG is withdrawing forces from the fight to help the Kurdish forces in Afrin against Turkey. Turkey has repeatedly warned that it will also drive the YPG militia from Manbij, east of Afrin, where there are around two thousand U.S. military personnel. Ankara has called on Washington to pull back from the town. Despite Turkey’s warnings, the U.S. Central Command chief General Joseph Votel said the United States has no plans to withdraw troops stationed near the town. The once unthinkable prospect of a direct clash between the two NATO allies became alarmingly real.

Tillerson’s visit to Ankara calmed tensions down. After the meeting, Tillerson and his Turkish counterpart announced that they had “reached an understanding to normalize the relations” and set up a mechanism to address outstanding issues.The sacking of Tillerson is likely to complicate efforts to resolve the crisis with Turkey. The outgoing U.S. secretary has led efforts to ease tensions and is known for favoring coopting Turkey over confronting. Mike Pompeo, President Donald Trump’s pick for secretary of state, on the other hand, has a hard-line approach on foreign policy and is not a big fan of Turkey’s President Recep Tayyip Erdogan. In a tweet posted the day after the failed coup in Turkey in 2016, Pompeo labeled Erdogan’s Turkey a totalitarian Islamist dictatorship. Ankara is concerned that Pompeo, with his military background, might support Pentagon’s policy of closer engagement with the YPG. The U.S. Central Command, which oversees coalition operations in Syria and Iraq, has worked very closely with the YPG and is unwilling to severe ties with a group that it thinks is the most effective fighting force. Pompeo wants the United States to play a more assertive role in Syria. If he chooses to take the CENTCOM’s advice to keep working closely with the YPG to achieve that goal, Turkey-U.S. relations will remain strained.

Pompeo’s track record as an Iran hard-liner could become another complication in Ankara-Washington ties. Pompeo agrees with Trump that the 2015 nuclear deal is a disaster. Even after the accord was signed, Pompeo warned European leaders against investing in Iran. Turkey, on the other hand, has become one of the principal beneficiaries of the deal. Turkey and Iran are close trading partners. Turkish officials repeatedly said that Iran’s nuclear program was peaceful and opposed unilateral sanctions. A recent court case in Manhattan in which a Turkish banker working for a state-owned bank was convicted of taking part in a billion-dollar scheme to evade American sanctions against Iran highlighted the diverging views. A U.S. decision not to extend U.S. sanctions relief on Iran will put Turkey in a difficult spot and further complicate Turkey-U.S. relations.