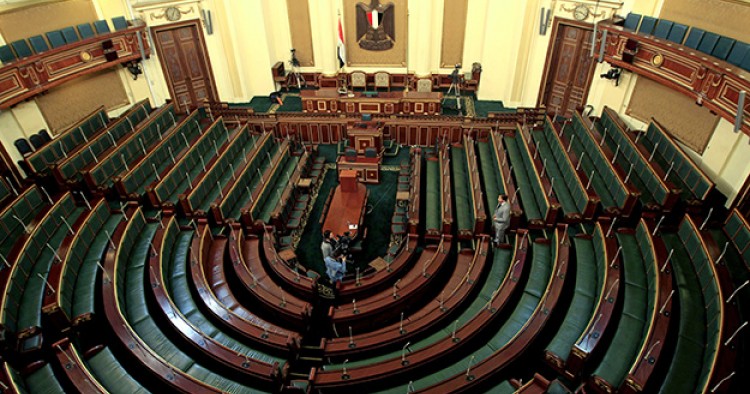 In March, Egypt’s Supreme Administrative Court suspended the country’s long-awaited parliamentary elections,[1] originally scheduled to begin March 21. The decision came as a result of a March 1 ruling by the Supreme Constitutional Court (SCC) deeming the constituencies law unconstitutional.[2] The judges regarded the distribution of seats per district as neither fair nor proportionate, in violation of the Egyptian constitution, which calls for “fair representation of the population and governorates and equitable representation of voters." President Abdel Fattah el-Sisi and the government responded to the courts on March 4 by entrusting the same appointed committee that initially drafted the law to review the courts’ rulings and amend the necessary articles.[3]

Back to Square One

Though the government instructed the reviewing committee to finish its work within one month, it is highly unlikely that Egypt will hold the elections before the end of the year, for several reasons. First, in an attempt to avoid low turnout, the government will seek to avoid any campaigning or elections during the month of Ramadan (starting mid-June) or any other part of the summer, when voters might be discouraged by the heat or away on vacation. Second, after the election laws are amended to comply with the SCC’s ruling, they must be reviewed by both the cabinet and the State Council (a judicial body that advises the government) before the president can sign them. Third, it is possible that the amended laws will be challenged again in front of the courts, which would further delay elections. Finally, after the laws have been amended, the High Election Commission (HEC) must restart electoral procedures by announcing a new timeline and reopening the candidate registration process. [4]

The Question of Fair Representation

In the 2011 parliamentary elections, two thirds of the members were elected through party lists, a system widely seen as contributing to the victory of the Muslim Brotherhood’s Freedom and Justice Party. In the 2015 cycle, three quarters of the members were to be directly elected as individuals, transferring the advantage from well-organized parties to wealthy and well-connected candidates. (Of the parliament’s 567 members, 420 were to be elected as individuals and 120 through party lists, while 27 were to be presidentially appointed.) In reaction to the SCC’s recent decision, several political parties proposed amendments to fix the constituencies law by revising this new electoral system. Some parties called for an election system equally divided between individual seats and party lists. Others called for allocating 40 percent of the seats to individuals, 20 percent to party lists, and 20 percent to underrepresented groups, including women, Copts, and youth.[5]

But the government responded that these ideas would run the risk of being unconstitutional as well and said that amendments should limit their focus to the SCC's ruling, which recommended achieving equality by redrawing the boundaries of certain constituencies.[6] According to Counselor Ibrahim el-Heniedy, Minister of Transitional Justice and Parliamentary Affairs and chair of the experts’ committee charged with revamping the law, the plans now under review by the committee revolve around either increasing the number of parliamentarians and districts or keeping the number the same but adding and/or merging existing districts.[7] These changes, especially a scenario in which more parliamentary seats are added, would further empower the individual and independent candidates over the already weakened political parties.[8]

Over the past four years, the SCC has struck down two election laws. The first decision dissolved the lower house of the first post-Mubarak parliament in 2012 under the Supreme Council of the Armed Forces (SCAF),[9] and the second declared the draft electoral law unconstitutional during the tenure of President Mohamed Morsi.[10] In both instances, the SCC was adamant that—among other issues—the electoral framework did not ensure fair representation of the population or provide all candidates an equal opportunity for victory. Thus, the SCC’s similar reasoning in its latest decision this month raises questions regarding both the drafters’ competency to follow previous SCC rulings and the seriousness of the government’s commitment to reviving the parliament. Since Sisi’s election, the government has pledged to hold parliamentary elections, but repeated delays, culminating in the latest legal ruling, have continued to impede a full democratic transition.

Legislation in Need of Oversight

Egypt has been without a parliament for over two and a half years. Since June 2012, the executive authority has been issuing legislation by presidential decree, with no oversight except when a law is challenged as unconstitutional—such as the constituencies law. Article 156 of the 2014 constitution is vaguely worded, allowing the president to issue (any) legislation in the absence of parliament, while expecting the new parliament to review these laws within 15 days of its inauguration. However, it will be almost impossible for the parliament to review or reverse, if necessary, any of the decrees issued during its absence. This is mainly due to the fact that since Sisi’s inauguration in June 2014 he has issued so many laws that it would be extremely difficult to review them all—or, in numerous cases, to amend them.[11] This means that the new parliament will most likely approve most of the president’s decrees and ratify the agreements already signed by the president.

A noteworthy example is the March package of investment laws[12] issued days before Egypt’s economic development conference, which attracted prominent foreign leaders and investment pledges worth $40 billion.[13] These laws—which facilitate international investment and guarantee investors’ rights but have been criticized by some for sidelining the concerns of Egyptian workers—would be very difficult for a new parliament to alter, especially in the aftermath of the high-profile conference and the signed memoranda with international donors and investors.

Several media commentators and pro-government figures have suggested that the state is not affected by the presence or absence of a parliament, and have openly advocated for postponing the parliamentary elections, citing security concerns and other urgent priorities. They have called for giving the president a chance to guide the country out of its prolonged political crisis, without any challenges that might obstruct the path to safety and stability.[14] In support of their position, they cite the president’s electoral mandate and his popularity among the people.[15]

The strong attendance at the economic development conference—two weeks following the SCC’s decision to strike down the constituencies law—diminished pressure on the president to hold parliamentary elections. After all, Sisi’s government had scheduled the elections for the same month as the investment conference to show the international community and potential investors its commitment to completing the democratic transition outlined in the roadmap. Despite this decrease in pressure, the government must ensure that the next step in the country’s transition—parliamentary elections—is its most pressing priority.

[5] One element of consensus among the political parties is the need for the SCC to pre-examine all laws related to the electoral system. Pre-scrutiny of proposed legislation to verify its constitutionality would reduce the likelihood of court intervention later in the electoral process, a problem that has plagued Egypt’s transition since the ousting of President Hosni Mubarak in 2011. In the 2012 constitution, the Muslim Brotherhood members included an article about the pre-examination of electoral laws by the SCC, but it was removed in the 2014 constitution.