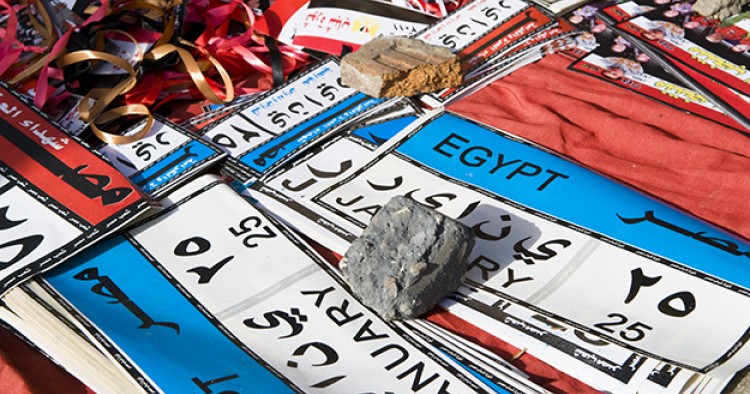 In 2011 President Obama laid out a bold vision of future American policy toward the Middle East. Speaking at the State Department, he extolled the wave of political change sweeping over the region and pledged that “it will be the policy of the United States to promote reform across the region and to support transitions to democracy.”[1] In combination with his 2009 speech in Cairo, in which he seemingly laid the groundwork for a new relationship between the United States and the Arab world, Obama raised expectations for a progressive approach toward democracy in the region.

Hopes for this new era have been largely disappointed. Libya, Tunisia, and Egypt are three illustrative examples of countries in which the U.S. approach has missed opportunities to contribute to the progress of democratic reform in the Middle East.

Official U.S. reaction to these developments often has been muted. Following the evacuation of nine Americans from Cairo after they were threatened with arrest and trial in the so-called NGO “foreign funding” case, the State Department downplayed the issue, despite the June 2013 conviction in the case of 43 Egyptians and foreigners, including 16 Americans. This year the administration indicated that it intends to resume military aid that was briefly suspended due to human rights concerns.[4] The relatively low-key U.S. reaction was summed up in Secretary of State John Kerry’s July 2014 press conference in Cairo, in which he “thanked the people of Egypt for their hard work in transitioning to a democracy through their elections,”[5] as if the election in Egypt that carried Sisi to the presidency was all that mattered to the establishment of a democracy.

In short, the administration’s early support for democratization and political change in the Middle East has been driven off course by frustrating events, new challenges, old interests, and a rather stubborn default to maintaining existing relationships at the expense of reform. No comprehensive review of U.S. policy toward political change in the Middle East has been undertaken, and no major policy changes have been evident. It comes as no surprise, therefore, that a poll released in June 2014 by Zogby Research Services concluded that “there is a sharp decline in confidence that the United States is committed to democracy across the Middle East.”[6]

The administration has been shifting its emphasis and priorities for some time. The Middle East Partnership Initiative (MEPI), a State Department office originally established to focus mainly on supporting human rights and good governance, is undergoing an extensive reorganization,[7] with up to 25 percent of its funding being moved to economic and educational initiatives. A new office within the State Department’s Near East Bureau, NEA/AC (assistance coordination), is being formed to encompass MEPI and more closely align U.S. aid to the region with policy goals, to the dismay of those who support an independent MEPI and strong pro-democracy programming. Overall assistance for democracy and governance (D&G) is decreasing. As POMED notes,[8] in 2010, the year before the “Arab Spring” uprisings, the United States provided $6.7 billion in foreign assistance to the Middle East and North Africa, with 73 percent of that amount allocated for military and security assistance and 7.4 percent for D&G programming. Those figures for the 2015 budget request are 76 percent for military and security assistance and 5.8 percent for D&G. The Forum for the Future, organized by the Bush administration in 2004 to create an OSCE-like dialogue[9] on a broad range of political and economic issues and to bring civil society together with regional governments to discuss political reform, last met in Cairo in 2013 with desultory discussions, minimal press attention, and a calculated dearth of civil society participants.[10]

Nevertheless, there remain important constituencies for human rights and democracy, and movements in support of political change are likely to continue despite recent setbacks and authoritarian attempts to repress them. One of the lessons of the Arab Spring uprisings, whose rallying cries demanded personal dignity and social justice, was that there is an economic and governance deficit throughout the Arab world that, if not addressed, will recurringly undermine the legitimacy of regimes and result in fresh demands for change. In polls conducted from 2006-2008, Arab Barometer researchers found overwhelming support for democracy in general.[11] Similar studies have come to similar conclusions,[12] while highlighting the very complicated and sometimes contradictory views inhabitants of Arab countries have of democracy.

To be sure, there are serious political, tribal, religious, and socioeconomic obstacles to the advance of democracy and basic respect for human rights in the Arab region. Public disenchantment with the economic chaos and security deterioration following all of the Arab uprisings have convinced many that strong government, and a strong leader, are needed to put things in order, whatever the cost to human rights and democratic reform.

But the underlying factors[13] that propelled the 2011 uprisings will remain, and are likely to gather force. In addition, vastly expanded access to information and technology, which has given everyone from ordinary citizens to political activists the ability to communicate, organize, and, most importantly, document government abuses, has shifted the balance of social power in important ways. The growing youth bulge in the Arab world may magnify this trend, as youth increasingly gain exposure to political and economic alternatives to the authoritarian model. Some of these alternatives, of course, are quite dangerous, as the rise of the Islamic State and other militant groups has demonstrated.

Obama’s mixed record on support for democracy in Arab countries suggests a troubled legacy at best.

The administration—like many U.S. allies in Europe—has been taken aback by developments and has struggled to find a new footing in a drastically altered landscape. For one thing, it has failed to back its professed commitment to support promising transitions with the requisite resources and political backing to ensure that those transitions were successful. For another, it has faltered in efforts to help consolidate relative success stories as other priorities loomed. Finally, it has often steered toward reestablishing cordial relations with leaders who appear to align with U.S. policy interests but reversed progress toward democracy. A key to democratization—human rights—has often been downplayed or ignored.

Obama has, however, given indications that he may be prepared to try a different tack. In a speech to the Clinton Global Initiative[14] on September 23, 2014, he took note of the crackdowns against civil society in Egypt, among other places, and pledged that

…this growing crackdown on civil society is a campaign to undermine the very idea of democracy. And what’s needed is an even stronger campaign to defend democracy…first, partnering and protecting civil society groups around the world is now a mission across the U.S. government. So under a new presidential memorandum that I’m issuing today, federal departments and agencies will consult and partner more regularly with civil society groups. They will oppose attempts by foreign governments to dictate the nature of our assistance to civil society…. [We’re] increasing our support to society groups across the board. We’re going to increase our emergency assistance to embattled NGOs. We’ll do more to match groups with the donors and funding that they need.

It remains to be seen whether this policy will be backed with sufficient political will to make a difference, and whether the embrace of civil society will include those organizations fighting for democracy and human rights in the Middle East. But the president has two years remaining in his term, a period in which, with sufficient energy and financial resources, progress can be made to seize opportunities still remaining. The administration should employ principled, subtle, yet forceful strategies to help support civil society and press the need for democratic reform:

[1] Remarks by the president on the Middle East and North Africa, May 19, 2011, http://www.whitehouse.gov/the-press-office/2011/05/19/remarks-president-middle-east-and-north-africa.

[3] “All According to Plan: The Rab’a Massacre and Mass Killings of Protesters in Egypt,” Human Rights Watch, August 2014, http://www.hrw.org/sites/default/files/reports/egypt0814web_0.pdf.

[4] There may now be something of a shift in emphasis toward Egypt, if not necessarily policy. See the U.S. statement at Egypt’s universal periodic review of human rights, 20th Session of the Universal Periodic Review, Geneva, November 5, 2014, https://geneva.usmission.gov/2014/11/05/universal-periodic-review-of-egypt/.

[9] OSCE=Organization for Security and Cooperation in Europe.

[10] Michele Dunne and Amy Hawthorne, “Whatever Happened to the Forum for the Future?,” Foreign Policy, December 23, 2013, http://mideastafrica.foreignpolicy.com/posts/2013/12/23/whatever_happened_to_the_forum_for_the_future.

[13] These have been well documented by the UNDP-sponsored Arab Human Development Reports of 2002-2009. See http://www.arab-hdr.org/reports/regionalarab.aspx.

[14] Remarks by the president at Clinton Global Initiative, September 23, 2014, http://www.whitehouse.gov/photos-and-video/video/2014/09/23/president-obama-delivers-remarks-clinton-global-initiative#transcript.