Education: The Key to Women’s Empowerment in Saudi Arabia? 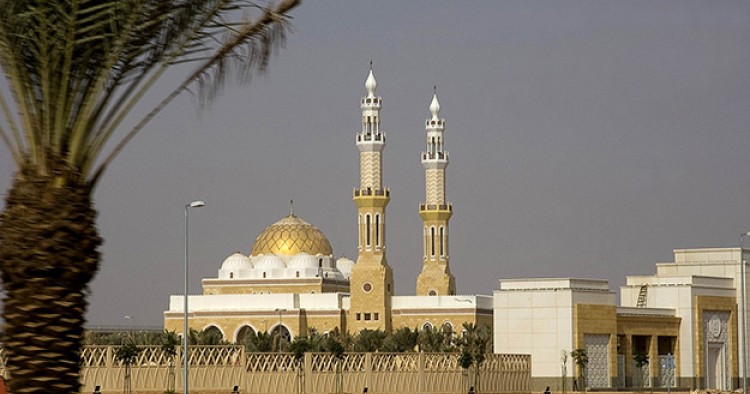 In recent news from Saudi Arabia: religious police filmed berating a fully veiled woman for not wearing gloves; a cleric’s fatwa against women watching football to prevent them from staring at men’s thighs; and a woman sentenced to 70 lashes for insulting her husband on WhatsApp.[1] At the same time, the Saudi education ministry released statistics showing that women constitute almost 52 percent of university graduates inside the kingdom, while more than 35,000 female Saudis studied abroad in 2014.[2] More than half choose to study in the United States, with the halls of campuses such as Washington, D.C.’s Georgetown University full of ambitious, articulate Saudi women. The contrast could hardly be starker: a nation that sponsors women to obtain degrees—even doctorates—abroad, yet won’t allow them to drive in their own country.

While Saudi Arabia is often characterized in the West—and in many parts of the Arab world—as one of the world’s most repressive countries toward women, this contradiction suggests that matters are more complex than they appear. One explanation for education as a bright spot on an otherwise dark human rights record is its traditionally high value in both Islamic and Arab culture. “Seek knowledge from the cradle to the grave” and “Seek learning even if it is as far away as China” are among the Prophet’s oft-quoted sayings.

Yet despite its firm religious foundations, educating women in Saudi Arabia is a relatively new phenomenon. In 1970, literacy rates for women stood at just two percent. The impetus to expand women’s education came in the mid-1970s after the oil boom, with anxieties that the rising numbers of Saudi men studying abroad would marry foreigners to avoid having uneducated wives.[3] Four decades later, Saudi Arabia now boasts a female literacy rate of 91 percent (compared to 97 percent for men),[4] and Saudi officials claim to have almost completely eradicated illiteracy among younger generations of women.[5]

Saudi men have long benefited from government study abroad schemes, but when King Abdullah came to power in 2005, he implemented an overseas scholarship program that for the first time included women. Women are said to make up at least 20 percent of scholarship recipients.[6] Critics point to barriers for women in the program, as female students not only require permission from their family, but also the presence of a male guardian during their studies; in practice, this could lead to a 30-year-old female student living in the United States having an 18-year-old male “guardian.”[7] Others point to the origins of the scholarship program as a cultural exchange initiative in the wake of revelations that the majority of the 9/11 hijackers were Saudi. One prominent commentator, Saudi author Madawi al-Rasheed, argues that increasing numbers of women are being given study abroad scholarships merely to function as “ambassadors” whose mission is to change Western perceptions of Saudi women—and thus reduce the pressure for meaningful change inside the kingdom.[8] However, few would dispute the progress on women’s education during King Abdullah’s reign. Other notable achievements included opening Saudi Arabia’s first coed university, The King Abdullah University of Science and Technology (KAUST), near the coastal city of Jeddah, in 2009, and the world’s largest female-only university, the Princess Nora Bint Abdulrahman University, in the more conservative capital of Riyadh.

Will these gains in women’s education lead to broader change? A trend that calls change into question is that high levels of female education are not translating into widespread labor force participation in Saudi Arabia.[9] While similar trends are also noticeable in a few middle-income countries in the region, such as Jordan, Saudi Arabia ranks lowest among high-income countries for female economic participation and opportunity.[10] The kingdom’s female labor participation rate stands at 20 percent, less than half that of neighboring Kuwait or the UAE.[11] But it must be said that progress has been made, with women’s participation rates actually tripling over the past few decades and women taking on new types of professions, from Olympic athletes to supermarket cashiers. Indeed, Saudi feminist Samar Fatany credits King Abdullah with extending women’s work opportunities beyond the education and medical sectors into areas such as banking, IT, architecture, and science.[12] Last month, the Ministry of Labor said that Saudi women could work as hotel chefs, “as long as her work environment is clear of men.”[13]

Yet overall, human rights groups note that government efforts to bring more women into the workforce have frequently been ambiguous, fallen short of targets, or been stymied by conservative forces.[14] The fierce battle between the government and hard-line clerics over the seemingly trivial matter of whether women can work as shop assistants in lingerie stores shows how contentious such issues remain.[15] Furthermore, it should not be assumed that all highly educated Saudi women want to work. Some regard being an educated housewife as a perfectly legitimate lifestyle choice—just as it is in the West. But broadly there is strong anecdotal evidence to suggest that plenty of Saudi female graduates do want to participate in the paid workforce, but struggle to find opportunities matching their qualifications.[16]

To what extent should policy makers engaging with the kingdom to improve its human rights record be encouraged by the dramatic advances in women’s education and the incremental opening of work opportunities? Will Saudi Arabia’s new King Salman follow the late King Abdullah’s lead in this area? Early signs suggest that the new Saudi leader will not unwind his predecessor’s women-friendly reforms. King Salman is continuing to move forward cautiously on women’s electoral rights, with women scheduled to be allowed to vote for the first time later this year, although only in municipal elections. Changes have also been signaled to lift some restrictions on women’s movement. At the launch of a new government campaign called “Your Passport, Your Identity” in Jeddah, the director general of the kingdom’s passport office said that rules requiring women under 45 to show that they have their male guardian’s permission for travel are being reviewed, with new rules likely to focus on the reason for travel rather than age.[17] While the details of upcoming reforms are vague, the fact that the requirement that women have a male guardian’s permission to travel is being reviewed at all is a significant step.

Many observers note that the Saudi government appears to be more progressive than some sectors of the country’s population, and as such it has faced a strong backlash in some quarters regarding its policies on women’s work and education. For this reason, King Salman, while unlikely to reverse any of Abdullah’s reforms, is also unlikely to accelerate them. With Saudi youth unemployment hovering just under 30 percent,[18] there is heavy political pressure on the government to preserve male access to jobs rather than encourage large numbers of women to join the workforce.

At the same time, women stand to benefit from the politics of “Saudization,” which means that companies operating in Saudi Arabia are increasingly expected to hire and train locals instead of relying on expatriate labor, especially for higher-skilled positions. There are thus reasons other than women’s rights to promote female workforce participation, such as development and nation-building concerns, as well as a strong demand for Saudi women’s labor in some sectors (for example, female customers prefer to buy lingerie from stories staffed by women rather than male expatriates). But whether moves to hire women are driven by employer demand or human rights considerations, conservative opposition to women entering the workforce remains strong.

The impact on Saudi society of a new generation of highly educated women—many of whose grandmothers would not even have gone to school at all—is yet to be fully felt. Gradual change appears inevitable. As one Saudi student studying in Washington, D.C. told me, “I think women are more ambitious in our country than the men. We have a lot of things to do...We don't have many options, and so we want to open new ones.”

[16] For example, see “Saudi Arabia Struggles to Employ its Most-Educated Women,” Washington Post, November 12, 2012, https://www.washingtonpost.com/world/middle_east/saudi-arabia-struggles-to-employ-its-most-educated-women/2012/11/12/b8f30c34-2a87-11e2-96b6-8e6a7524553f_story.html. The vast majority of Saudi women I spoke to at Georgetown also expressed a strong desire for a professional career.

[17] “Saudi Arabia to Lift Laws that Ban Women from Travelling without a Man’s Permission,” The Guardian, June 9, 2015, http://www.independent.co.uk/news/world/middle-east/saudi-arabia-is-to-lift-laws-that-ban-women-from-travelling-without-a-mans-permission-10308153.html.