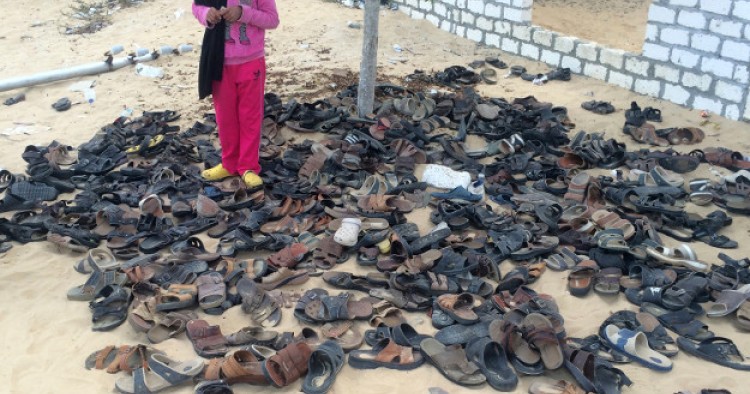 In this week's Monday Briefing, MEI experts Charles Lister, Randa Slim, and Alex Vatanka provide analysis on recent and upcoming events including Egypt's ongoing struggle with terrorism following the recent attack in Rawda mosque, the next round of intra-Syrian Geneva negotiations, and Iran's anxiety over Russia's plans in Syria.

The killing of 305 Sufi Muslims in Rawda mosque in North Sinai on Friday was the deadliest terrorist attack in Egypt in decades. Beyond its clear sectarian nature, the attack has served to underline the continued potency of the ISIS threat in the Egyptian Sinai and the failure of years of government military operations to subdue it.

ISIS’ ‘Wilayat Sinai’ branch may not resemble anything on the scale of what ISIS developed in Syria and Iraq in recent years, but it has a demonstrated capacity for conducting sophisticated attacks (it downed a Russian commercial airliner and struck an Egyptian naval vessel in 2015), and for sustaining an insurgency in the Sinai since 2013. This recent expansion to mass killing does not indicate any increase in capability, but the implications for any semblance of Sinai stability are concerning.

The scale, scope and capacity of the terrorist threat emanating from the Sinai has increased since President Abdel Fattah el-Sisi assumed power in Egypt in 2013. Since then, Egypt has intensified its use of conventional warfare tactics to combat an inherently unconventional challenge. Tanks, jets, artillery and other forms of heavy firepower have prevented ISIS from controlling territory, but this scorched earth strategy has also caused widespread civilian displacement and a further deterioration of living conditions in the Sinai. Repeated incidents of military abuse and extrajudicial killings have further marginalized Sinai’s tribal communities. ISIS may not exist because of such misplaced military tactics, but it certainly will not cease to exist because of them either.

Recent political and military developments indicate there is a conflict-ending scenario that is unfolding in Syria. A new and more “liable” Syrian opposition negotiation committee was formed in Riyadh last week. With Tehran and Ankara’s blessing, Moscow is convening a conference in Sochi bringing together representatives of the Syrian regime and opposition groups. Two American-Russian-Jordanian (with indirect Israeli involvement) agreements on de-escalation zones in southern Syria were concluded. Another agreement on de-escalation in Idlib was negotiated in Astana. The U.S. president promised his Turkish counterpart U.S. military assistance to Syrian Kurds will be terminated. President Recep Tayyip Erdogan signaled to Damascus his interest in holding talks about the future of the Syrian Kurds.

In this scenario, Bashar al-Assad and his security regime are here to stay—at least until his presidential term expires in 2021. The Geneva talks are a mere sideshow. For Assad, Geneva has never been the forum for “real” negotiations. Similar to the previous seven rounds, not much is expected from this upcoming round.

To reach a sustainable peace agreement in Syria, Moscow needs buy-in from two stakeholder groups: the spoilers, including Damascus, Tehran and Ankara; and the funders, including the United States, E.U. and Arab Gulf countries. Without the spoilers’ buy-in, no peace agreement can be reached. Without the funders’ blessing, peace-building in Syria is difficult. While all share the objective of ending the conflict in Syria, a wide gap remains within each group and between the two groups about the terms of an acceptable peace agreement.

As the Syrian war looks to wind down and Russia’s stature as the ultimate powerbroker solidifies, Iran is discernibly anxious. The Iranians do not want to lose the influence they have secured on the ground in Syria over the last nearly seven years of conflict, and appear to have deep reservations about Russia’s intentions. The November 22 summit in Sochi was supposed to bring the positions of Iran, Turkey and Russia on the future of Syria closer together. Instead, it showcased ongoing divisions.

President Vladimir Putin’s one-hour phone call with President Donald Trump before the summit to reassure Washington about Russia’s intentions has unnerved the Iranians. They suspect the Russians are cutting deals over their heads, not only with the Americans but perhaps even with the Israelis and Iran’s Arab rivals. At the same time, the Trump administration’s decision to end the supply of arms to Syrian Kurds will—from Iran’s perspective—cast doubt over Turkey’s commitment to the Iran-Russia-Turkey trilateral mechanism to find a final political resolution to the Syrian conflict.

In the short term, the deepest Iranian fear is that Moscow is promising the Americans, the Israelis and others that Russia will work toward reducing and eventually ending the Iranian military presence on the ground in Syria. This is a non-starter for hardliners in Tehran that happen to control the Syria file. Many in Tehran have for long suspected that Iran and Russia’s joint efforts in Syria were always of a tactical and not a strategic nature. The fallout from the Sochi summit might just prove them right beyond any doubt.