Egypt’s New Parliamentary Election Law: Back to the Future 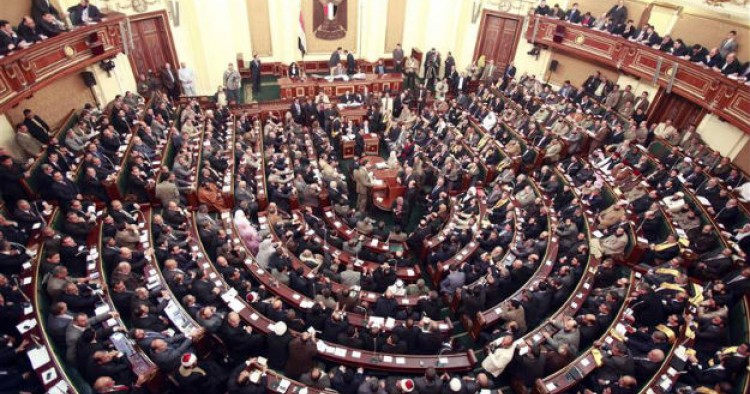 Just 48 hours before handing over the reigns to now President Abdel Fattah al-Sisi, Egypt’s interim President Adly Mansour signed into law a controversial piece of legislation that regulates elections for Egypt’s new House of Representatives.[1] Since the law was announced in early June, it has generated conflicting analysis regarding its impact on the nature of the electoral system, the character of the legislature that will be elected as a result, and the extent to which it might further empower the president.

In an early July meeting with newspaper editors, Sisi announced that parliamentary elections would take place in the next 4 months (i.e., sometime before November 2014) and he emphasized the importance of electing representatives who are forward looking.[2] The new parliamentary law will have a significant impact on the character of the legislature. It is safe to predict that the representatives will generally be loyal to Sisi, because the electoral system provides little room for any meaningful challenge to his regime.

The distribution of seats presented in article 3 of the new law has proven to be the most contentious issue.[3] A key provision in the new law is the mixed electoral system, in which 120 seats (22.2%) are contested by party lists, and 420 seats (77.8%) are in single member districts contested by individual candidates.

The 120 party list seats will be distributed across four districts: two districts with 15 seats and two districts with 45 seats. However, rather than adopt a proportional representation system similar to 2011, only the list that wins the absolute majority in each district will receive the seats. If there is no clear winner of more than 50%, there will be a runoff election between the top two lists.

Each party list of 15 must include at least 3 Coptic Christians, 2 workers or farmers, 2 youth under the age of 35, 1 disabled or special needs candidate, and 1 Egyptian expatriate, and there must be at least 7 women among the 15 members; these numbers triple for each group in the 45-seat districts.  There are no such provisions for the single member districts.

Voter ballots will decide 540 of the 567 seats of parliament.  The bill grants the president the right to appoint 27 (5%) members, ostensibly to boost the numbers of underrepresented groups, such as women or Copts. The law prohibits the president from appointing members belonging to a specific party that may change the parliamentary party balances, candidates who ran unsuccessfully in the parliamentary elections, or any members of his own party.

Not surprisingly, most of Egypt’s political parties are not pleased with the greater weight given to independent candidates. Even more disheartening to them is the winner-takes-all system adopted for the multi-member districts in which the parties compete.

The Election Law and its Political Implications

The adoption of the bill in its current form is likely to have the following consequences:

Very limited party representation: The preponderance of single member districts will likely mean that wealthy businessmen, traditional families and tribal ties will dominate the majority of seats in parliament.  Political parties that are able and willing to compete will be vying for only around 22% of the parliament.  They can field candidates in the single member districts, but they are unlikely to win many seats there.

This electoral system has sparked opposition from liberal parties such as al-Dostour and Free Egypt and socialist parties like al-Karama and the Popular Socialist Coalition Party. Al-Dostour is even coordinating with parties in the Civil Democratic Current coalition to push for amending the Parliamentary Elections Law. [4] In a joint statement, these parties described the bill as a major setback to Egypt’s democratic transition, claiming it strengthens the authoritarian powers of the president. [5] (However, the political parties also recognize that they would be unlikely to win a parliamentary election regardless of the system adopted.  The number of parties remains very high and levels of organization and funding are low.)

It is unclear whether Islamist currents will return to political life under this new electoral system. With much of the Muslim Brotherhood’s leadership in jail, the party might choose to return to peaceful political operation [6]; a spokesman for the Freedom and Justice Party has already announced that the party plans to boycott the coming election because “participating in this election means recognition of the current illegitimate regime.”[7] Even if it wanted to run, it isn’t clear that it would be allowed: The election law allows authorities to bar the candidacy of Muslim Brotherhood supporters or anyone deemed to support a religiously based group or an organization involved in violence. The Salafist al-Nour Party is affected by the ban on religious political parties, and is preparing a memorandum with proposed amendments to the parliamentary election law.[8] However, al-Nour has hinted that it might form a coalition with secular parties for the upcoming elections.[9]

Those in favor of the new draft law include Al-Tagamoa, the Free Egyptian Party, and the Reform and Development Party. They argue that the new law contributes to the preservation of the ‘civil state’, preventing extremist currents from entering Parliament.  They also maintain that the provision for single member districts will ensure a direct relationship between the voter and candidate and might be superior to districts in which political parties serve as the intermediary between constituents and representatives.

Political parties are seeking to build alliances that could help them win the few available parliamentary seats.  Several potential coalitions are in the process of forming with the hopes of attaining sufficient party and independent support to become a real force in the elections. A pro-Sisi coalition called the Independent Current Coalition, also referred to as the “Supporting the President” coalition, includes 40 newly established parties as well as some independent politicians.[10]  Its stated purpose is a “revolutionary” parliament free of “Islamic and corrupt figures”. Many prospective coalition partners are flocking to one of Egypt’s oldest political parties, Al-Wafd, and its Al-Wafd Al-Misry alliance.[11] This coalition is likely to include the Egyptian Social Democratic Party, the Reform and Development Party and the Conservative Party. There are also reports about the possibility of a separate coalition including leftist parties, and yet another that will include the Congress Party, the National Movement, and the Rally, although these have yet to clearly take shape.

The upcoming parliamentary elections mark the third and final part of Egypt’s transitional roadmap adopted by interim authorities after Morsi’s ouster. While this transitional roadmap is meant to guide Egypt toward democracy, many in the country fear that this election law represents a dramatic setback.

7. Mahmoud Khalid, "Spokesman for the Freedom and Justice Party: We Will Not Participate in the Next Parliament," Tahrir, 5 July 2014, http://tahrirnews.com/chosen/أخبار-مصر/متحدث-الحرية-والعدالة-لن-نشارك-ف…