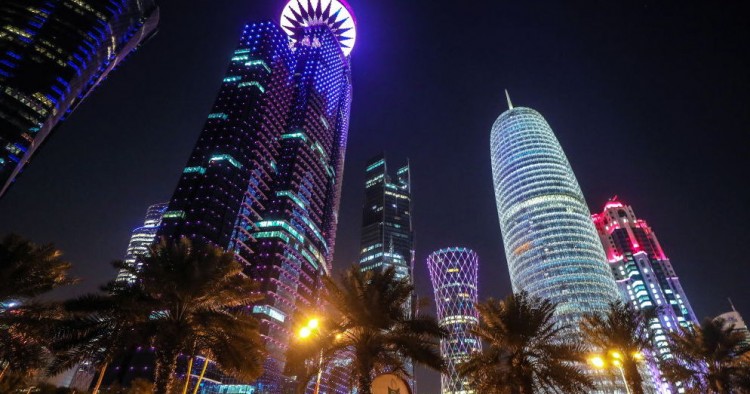 The U.S.-China rivalry is in uncharted territory. There is no clearer example of this than the U.S.’ intensifying and increasingly global fight with Chinese company Huawei over the security of 5G. The two countries’ geopolitical weight and the current Cold War between them heighten the urgency of the choice the world is facing over whether or not to include Huawei in 5G networks. The U.S. accuses Huawei of having backdoors installed in its devices that enable Chinese government surveillance. The Gulf Cooperation Council (GCC) states had hoped to maintain a distance from this so-called Digital Cold War. However, this is becoming increasingly difficult as the U.S. steps up its counter-Huawei campaign with the introduction of the Clean Network Initiative (CNI) and its backing of Israel’s decision to exclude Huawei from its own 5G network. This latest escalation against Huawei in Israel heralds an increase in pressure that the GCC states expect to soon face as well. The Gulf states are confronting a difficult choice regarding Huawei. One option is to prioritize their security, political, and economic partnership with the U.S. — the Gulf’s main security guarantor — and thus protect a relationship that is critical in this time of unprecedented tensions with Iran. Their other option is to prioritize their economic dependence on exporting crude to China, which will be crucial to the Gulf’s post-pandemic recovery. There is growing bipartisan support in the U.S. for strong policies toward China. This means that no matter who wins the White House, the GCC states will sooner or later be pressured by Washington into finally choosing a side in the Digital Cold War.

The global fight against Huawei gained momentum with the U.K.’s decision in July to change course and ban equipment from the Chinese firm. Under the U.K. law, companies are banned from acquiring new Huawei equipment and must remove existing equipment by 2027. The U.K.’s decision was partially due to U.S. pressure and sanctions on Huawei, but it also was a response to China’s assertive policies on multiple fronts, most prominently the new security law in Hong Kong. The U.S. campaign against Huawei in Europe goes well beyond London, however. Washington is asking allies to ban Huawei from their 5G networks by joining the CNI, which already includes the Czech Republic, Poland, Sweden, Estonia, Romania, Denmark, Greece, and Latvia.

The GCC and its digital moment

The GCC states — especially Bahrain, the UAE, Saudi Arabia, and Qatar — have become increasingly digitized since the 2010s, particularly in terms of government services, internet penetration and data outflows, and smartphone usage. Using the wealth accumulated from oil exports, Gulf economies directed enormous investments toward building up their digital infrastructure and boosting their digital resiliency. This occurred at the same time that the region was expanding its global presence and preparing for high-profile opportunities to showcase its influence, including the Saudi G20 Presidency in 2020, Dubai Expo 2020, and the FIFA World Cup in Qatar in 2022.

The race to 5G: Saudi Arabia, Qatar, and the UAE

A cornerstone of Saudi Arabia’s Vision 2030 initiative is its goal of transforming the kingdom into the region’s digital hub. Given this strategy and Saudi Arabia’s position as a G20 economy and the most populous country in the GCC, Riyadh felt pressure to enter the era of 5G faster and on a larger scale than its Gulf peers. In October 2019, Saudi Arabia’s leading carrier, Zain, partnered with Huawei to introduce the first phase of its 5G network, which covered 20 cities in the kingdom with 2,000 towers and provided Saudi Arabia with the biggest 5G network in the region. Zain’s partnership with Huawei was a result of the company’s competitive pricing and its significant presence in the Saudi market.

Since 2015, the UAE has hoped to deploy a 5G network to entrench Dubai’s status as a global city and to prepare for Dubai Expo 2020, an international event that the UAE had originally anticipated would attract over 25 million visitors. To achieve these goals, the UAE needed a partner that could provide the necessary 5G infrastructure at scale. The UAE's two major network operators, du and Etisalat, established partnerships with Huawei for the deployment of 5G. Last October, Etisalat successfully completed the first end-to-end 5G standalone call in the MENA region.

Similarly to the UAE, Qatar is also anticipating its upcoming moment in the global spotlight: hosting the FIFA World Cup in 2022 — the soccer tournament’s first time in the Middle East. The tiny Gulf nation has never hosted an event close to the size of the World Cup, which will bring around 1.7 million visitors to a country of just 2.7 million people. To make the occasion even more historic, Qatar wants it to be the first 5G World Cup too. To roll out the 5G network at scale, Qatar’s two main telephone carriers, Vodafone and Ooredoo, partnered with the three 5G equipment providers, Huawei, Ericsson, and Nokia — Vodafone with Huawei and Ooredoo with Ericsson and Nokia. Since 2019, Vodafone and Ooredoo have deployed 5G networks in Doha and in dozens of locations across the country. Ooredoo alone has over 1,200 5G sites across Doha. The recent U.K. decision to ban Huawei equipment will overshadow the positive relations that Vodafone, a British company, has with Huawei in the Qatari market. Moving forward, there is a lack of clarity around the future impact of the U.K.’s ban on Vodafone’s non-EU partnerships with Huawei.

The Gulf dilemma: Increasing dependencies on the US and China

GCC governments are deeply uncomfortable with the escalation in tensions between the U.S. and China. On the one hand, China is the main customer for the GCC's oil. Before the COVID-19 economic slowdown, Saudi Arabia exported1.67 million barrels per day to China, and the Gulf states supplied 28 percent of China's oil imports. Additionally, due to the fallout from the pandemic, Gulf economies have become more tied to the Chinese economy, which is recovering faster than the U.S.’s and the EU’s. On the other hand, the Gulf is facing unprecedented security challenges from Iran and its proxies, making it more dependent on its strategic partnership with the U.S. As of January 2020, the U.S. had around 40,000 troops in the Gulf and has increased its forces when the GCC has come under attack. For instance, when Iran struck the Aramco oil facilities in Abqaiq last year, the U.S. deployed more military forces to Saudi Arabia and the UAE to restore the lost deterrence with Tehran. Growing strategic relations between the GCC and China and the already strong GCC-U.S. relationship are forcing the Gulf to lay low in the current U.S.-China tech war.

Since 2018, the U.S. campaign against Huawei has focused primarily on the EU, but Washington is now sending increasingly urgent and threateningmessages to its allies everywhere. Because of the shared security interests between Israel and many Arab Gulf states and their strategic dependency on the U.S., the Israeli ban of Huawei may force Gulf capitals to reconsider the company’s involvement in their 5G networks. So far U.S. Secretary of State Mike Pompeo has not raised the question of Huawei publicly with Washington’s Gulf partners. However, last July, Alina Romanowski, the U.S. ambassador to Kuwait, took her anxiety about Huawei’s integration into Gulf 5G networks to Twitter. She accused Huawei of being legally obligated to work with Chinese intelligence, endangering data and privacy. The next day, the Chinese Embassy rebuffed the ambassador’s claims and accused the U.S. of being afraid of Huawei’s superiority in 5G technology and of having committed data theft via “electronic spyware with PRISMs” — a reference to the National Security Agency surveillance program uncovered in 2013.

Soon enough, Gulf capitals will face the challenge of trying to weather the Huawei 5G storm without antagonizing either the U.S. or China. The GCC states will have to balance their economic and security interests during this severe global recession, and may need to adjust to increasing pressure from Washington if Joe Biden wins the November election and decides Gulf leaders need to be held to different standards than under the Trump administration. If the GCC states choose to maintain their relationship with Huawei, it will be a clear sign of diminishing U.S. power over its allies. However, if Gulf countries make that choice, they should also be prepared to face retribution for doing so.