“Invisible” White-Collar Indians in the Gulf 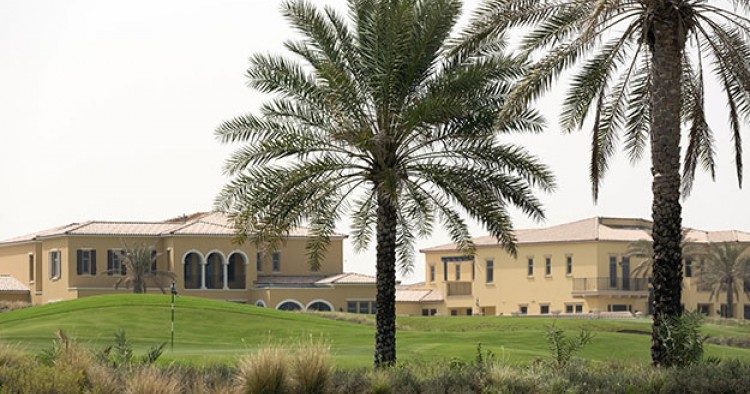 Since the 1970s oil boom, the Gulf region has been one of the principal destinations for workers from South Asia,[1] with the result that today Indians constitute a large percentage of the non-nationals living in the region. Indeed, at five million out of an estimated 15 million people, the Indian community forms the largest expatriate group in each of the Gulf countries. [2] Most Indian immigrants are from the south Indian state of Kerala, while many of the rest originate from Tamil Nadu, Punjab, Uttar Pradesh, and Bihar.[3]

India has played a crucial role in transforming the region’s economies by providing skilled, semi-skilled, and unskilled workers.[4] The majority of Indian expatriates are engaged in blue-collar jobs as semi-skilled and unskilled laborers, while the rest are white-collar professionals such as engineers, doctors, and architects.[5] Most, if not all, research studies and media reports have examined the plight of the blue-collar workers, almost without exception painting a grim picture of deplorable working conditions.

This essay focuses instead on white-collar Indian workers in the Gulf Cooperation Council (GCC) countries, whose lives and careers have received sparse coverage. I argue that contrary to popular perception, the GCC countries have changed the destinies of many Indian migrants by providing varied opportunities and a much brighter life than the migrants would have likely attained in their home country.

Most of the studies on migrant workers in the GCC countries provide empirical evidence and sometimes harrowing accounts of adverse working conditions and exploitation. Numerous reports have surfaced of employers’ exploitation of female domestic servants, poor and cramped housing conditions, low salaries, the confiscation of visas, instances of racial discrimination, and more.

While these cases occur, the Gulf is also home to another class of “migrant workers”—white-collar professionals whose lives and careers seem to have escaped the notice of scholars and journalists. Naga Bharathi of the Overseas Manpower Company of Andhra Pradesh, India, sees a trend: “While the unskilled and semi-skilled workers have always been leaving for the GCC countries, the number of professionals leaving for the Middle East has increased recently.” Scholars note the same phenomenon, adding that “the pattern of migration has begun to reflect more white-collar workers and professionals who have proved more adept at establishing social organization.”[6] In fact, for the past 15 years, many highly skilled Indians have migrated to the Gulf to take jobs in the health, management, banking and finance, oil, and architecture sectors.[7]

Saudi Arabia, regarded as the most conservative and rigid Arab country, has in fact provided opportunities to expatriates wanting to improve their lives. Muzammil Hussain is one of an untold number of such professionals. He works as a senior human resources manager in a profitable infrastructure company in Riyadh. He relates that “the pay scales are much higher than those offered by Indian companies.”[8] Larger success stories include Ravi Pillai, chairman of the RP Group and the employer of the largest number of Indians in the Gulf  at 25,000,[9] and K.T. Rabiullah, who started out as a laborer in the Gulf and today is the billionaire owner of several hospitals in the region.[10] Majid Uddin Kazi, a physician, was appointed to work for King Fahd of Saudi Arabia and later served as a cabinet minister and acquired Saudi citizenship.[11]

In Qatar, white-collar Indians are engineers, teachers, chartered accountants, architects, scientific researchers, and media, health, and software professionals. They are multi-skilled, talented, and less costly to employ than Western counterparts. Qatar is also home to successful Indian companies such as Gulf Lights and Teyseer Motors.[12]

The UAE boasts many high-profile Indian businessmen.  Arabian Business recently compiled a list of the Gulf’s 100 most powerful Indians. Abu Dhabi-based Yusuffali M.A., the CEO of Lulu Hypermarket, topped the list. Following him was the Dubai-based chairman of Kataria Holdings, Raghuvinder Kataria. Next was Feroz Allana, founder of the UAE-based IFFCO Group.[13] In a previous issue, Arabian Business ranked Micky Jagtiani, the owner of Dubai’s Landmark Group, as the richest Indian entrepreneur in the GCC.[14]

In Bahrain almost all flourishing businesses have an Indian working as a mid-level or senior level employee.[15] In Kuwait, too, one finds a clutch of prominent white-collar Indian doctors, engineers, nurses, and management consultants.

The Indian diaspora in Oman, apart from blue-collar workers, consists of media personnel, health care professionals, and individuals in government positions.[16] The story of Oman-based PNC Menon is inspiring. Not long ago, Menon, who started with a tiny roadside shop in Oman, was named by Forbes as the “Richest Non-Resident Keralite.” Due to his immense success as a construction tycoon—he has worked for the royals of Oman, Bahrain, and Qatar—Menon was granted Omani citizenship.[17]

Most white-collar Indian workers in the Gulf lead comfortable lives. Qatar has witnessed a rise in the presence of Indians in villas and posh residential colonies, which are generally marketed to white expatriates. These Non-Residential-Indians (NRIs) also form a significant portion of the consumers in malls, parks, and museums. One study conducted on white-collar Indians found that NRIs are satisfied in Qatar in terms of security, social life, and facilities.[18]

A similar lifestyle is enjoyed by Indian white-collar expatriates around the Gulf. As their earnings are significantly above the minimum prescribed by the government, they can afford to bring their families to their respective countries, and most choose early education for their children in the Gulf. As a result, various schools with Indian curricula have sprouted in the region.[19] This has led to a rise in the presence of Indian academics in the Gulf, as most of these schools are managed by Indian professionals.[20] The Indian expatriate community has also formed various sociocultural organizations and places of worship in the region.[21]

It is worth noting these successful Indians’ philanthropic side. Ravi Pillai’s Upasana Hospital and Research Center in Kerala caters to the poor free of cost.[22] K.T. Rabiullah provides financial assistance to the poor of his village every month. He also donated generously to tsunami and earthquake relief efforts.[23] And, like their blue-collar compatriots, white-collar Indian expatriates in the Gulf are responsible for the huge flow of remittances to India. According to the Gulf Research Center, India receives $35 billion per annum in the form of remittances from Indians residing in the Gulf—an impressive figure considering that India’s total intake of remittances last year was $69 billion.[24] Adeeb Ahmed, CEO of the UAE-based Lulu International Exchange, says, “Remittances to India from [the] UAE ha[ve] been as strong as ever. In fact, we have seen a 10 percent growth in the value of remittances, with expats taking advantage of the depreciating rupee value in the past year.”[25]

The money remitted to labor-exporting countries has always played a significant role in helping migrants’ families climb out of poverty. A report published by the Department for International Development (DFID) notes that Keralite high-wage migrants have benefitted the state of Kerala by bringing down unemployment and improving the financial conditions of family members back home. However, in the case of poorer migrants from Western India, the study notes that migration has not led to any significant reduction in poverty. But the report also explains that “migration offered poor migrants a short term means to service debt and avoid the more extreme forms of dependency and bondage.”

According to the DFID, remittances assist families with bearing the cost of food, medical treatments, and home repairs. At times the remitted money is also saved or invested in small-scale enterprises and used to buy land. Although these benefits seem to occur at the individual level, in reality it is a boon at the macroeconomic level. The DFID reports that remittances stimulate economic growth whether they are saved or invested, particularly in countries with high unemployment.[26] According to the United Nations Population Fund (UNFPA), in middle income developing countries a 10 percent rise in the share of remittance in a country’s GDP causes a 1.2 percent decrease in poverty.[27]

Indian white-collar professionals are making a positive contribution to both India and the GCC countries. Ed Attwood, editor of Arabian Business, comments, “With close to four million Indians living in the GCC, it is clear that they have made a huge contribution to the growth of region’s economies.”[28] And when the Indian Ministry of External Affairs reports that the socioeconomic profile of Indian migrants to the Gulf has been improving since the 1980s, it only echoes reality.[29] As an Indian white-collar migrant writes in IndiansinKuwait.com, “If today we have been able to experience a better life, afford good medical care, own land and property in our homelands, provide for improved healthcare facilities for our aged parents or financial assistance for our kith and kin back home, send our children to good educational institutions or even travel on exotic holidays abroad, we can only look back with humility and gratitude to the country that has provided us with such opportunity.”[30]

[7] Though the contemporary increase in the number of Indian white-collar workers in the Gulf is evident, it would be wrong to conclude that the trend is only a recent one. Malcom C. Peck states that Indian settlers “dominated Omani commerce” from almost the sixteenth century until the 1970s. He further writes that both Muslim and Hindu Indian settlers, from the mid-nineteenth century on, established a base in the Trucial States (UAE) to “control [the] pearl trade.” Malcom C. Peck, The A to Z of the Gulf Arab States (Lanham, MD: Scarecrow Press, 2008).

[25] Abhishek Sengupta, “Indians in the UAE Make Hay while the Dollar Shines.”