The Iran Nuclear Deal: Risks and Opportunities for the Region 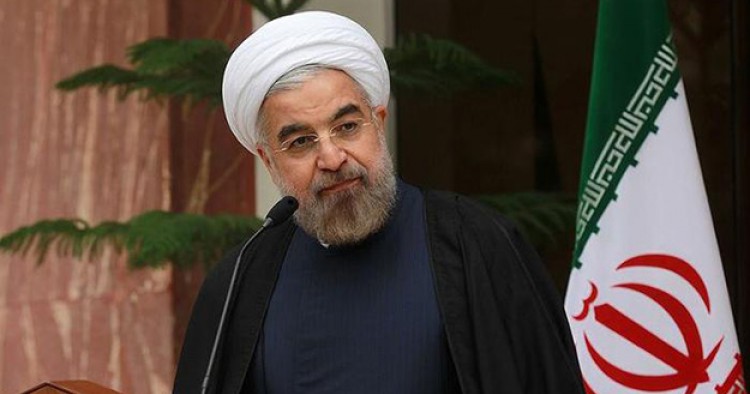 The nuclear deal with Iran, though still temporary and tentative, is ushering in a historic shift in the patterns of power, conflict, and diplomacy in the region. Like all historic shifts, it is laden with uncertainty and risk of new conflicts, but also carries with it potential opportunities for further diplomacy and finding common ground. Given the precedent of conflict and mistrust in the region, it is no surprise that the deal has raised concerns among many of America’s allies.

Throughout most of the administration of George W. Bush, Iran was seen as an implacable enemy, a member of an “axis of evil.” When Obama tried to turn that posture around in 2009, he was met by the hard-line rebuffs of President Ahmadinejad. When President Rouhani replaced Ahmadinejad in August of this year, the two “moderates”—Obama and Rouhani—with vigorous help from their engaged foreign secretaries, Kerry and Zarif, have managed to put the U.S.-Iranian relationship on a new course. Although this interim deal could still fail to reach a full agreement, Iran and the P5+1 are now firmly at the negotiating table rather than on the battlefield. And after 34 years of non-communication and repeated threats of war, the United States and Iran will be talking to each other at least for many months to come.

This hint of a rapprochement has hit the Gulf monarchies hard. The balance of power that they felt had contained Iran through the two decades following the Iranian Revolution—with Saddam Hussein’s regime in Iraq and the Pakistan-Taliban alliance on Iran’s eastern front—was undone by the Bush administration’s regime changes in Iraq and Afghanistan. In addition, Iran already had longstanding relations with the Assad regime in Syria, and through Damascus had built up the strength of Hezbollah in Lebanon and Hamas in the Gaza Strip. While U.S. troops were still in Iraq and Afghanistan, a semblance of containment could still be counted on. But as U.S. troops left Iraq in 2011 and are due to leave Afghanistan next year, these elements of containment are no longer in place.

A glimmer of hope for the Gulf states emerged with the uprising in Syria. Although Iran appeared dominant in Iraq and Lebanon, the uprising raised the possibility that Iran could lose the Assad regime, its key and longest-standing Arab ally. Iran’s backing of Assad as the regime brutalized its population paid immediate dividends to the Gulf states, with a rise in hostility in the Arab and Sunni world toward the once popular Iranian and Hezbollah leaders, as well as the peeling away of Hamas from the Iranian-Syrian alliance. Gulf states hoped that if the Assad regime fell, it would be replaced with one in their own orbit and that Hezbollah would be left strategically vulnerable in Lebanon.

Initially, the Gulf states, Turkey, and the United States appeared to be on the same page, agreeing publicly that Assad had to go and expecting his downfall to happen quickly, as popular ousters had in other Arab countries. But the ferocity and tenaciousness of the Assad regime, and the strong backing of its regional and Russian allies, indicated that a more robust military strategy would be required. This is where Obama parted ways with his regional allies. The final disappointment came in August, when Obama promised military strikes over Assad’s use of chemical weapons, but backed down in favor of a Russian-brokered deal that required Syria to give up its chemical weapons but kept Assad sitting comfortably in Damascus with a full arsenal of conventional weapons.

The Gulf states have been in a quandary about U.S. talks with Iran. They certainly don’t want Iran to acquire nuclear weapons—and there have been intimations that Saudi Arabia could acquire a nuclear deterrent from Pakistan—but they have been equally concerned that Iran could make a deal on its nuclear program that would lead to a rapprochement with the United States and the West. Such a rapprochement would give Iran a free hand in wielding its conventional and political power in Iraq, Syria, Lebanon, and elsewhere. Essentially, the Gulf states fear an outcome similar to what transpired in Syria: that the regime would give up a weapon of mass destruction that it was unlikely to use in exchange for acceptance by the West and a role in the region’s future.

After much tension behind the scenes, the Gulf monarchies have come out publicly with statements tentatively welcoming the agreement. That is a positive development. Indeed, they might find wider diplomatic engagement with Iran necessary—even potentially beneficial. Sanctions on Iran are still in place, and there are still many pressure points to keep Tehran focused on compromise. And there is much to gain if the Gulf monarchies and Iran can recapture some of the thaw that they established during the presidency of Hashemi Rafsanjani in the 1980s.

An early test will be the Geneva II talks scheduled for January and aimed at trying to bring an end to the Syrian civil war. Whether or not Iran is officially at a public table, it has decisive influence in Syria and over Hezbollah. It can be an obstacle or an enabler of a transition and power-sharing deal that moves Assad out of power and brings together elements of the current state and opposition, while isolating al-Qa`ida-affiliated groups.

The situations in Lebanon and Iraq are also at a breaking point. Lebanon is sinking fast under its own tensions and the weight of a million-plus Syrian refugees; it needs regional reconciliation to enable the formation of a national unity government and the holding of fresh parliamentary and presidential elections. In Iraq, the revival of sectarian proxy conflict has brought violence and chaos; regional rapprochement could also ensure better power-sharing and more stability for Iraq’s various communities.

The careening of U.S. policy from threats of war to sudden deals has left the region reeling. What has been achieved is potentially promising and very important. But the United States needs to move urgently, not only to reassure its allies about the nuclear issue, but also to discuss with them ways to build on the remaining sanctions and negotiations to move Iran toward positions that can provide a basis for regional stability and prosperity that would be in everyone’s interest.