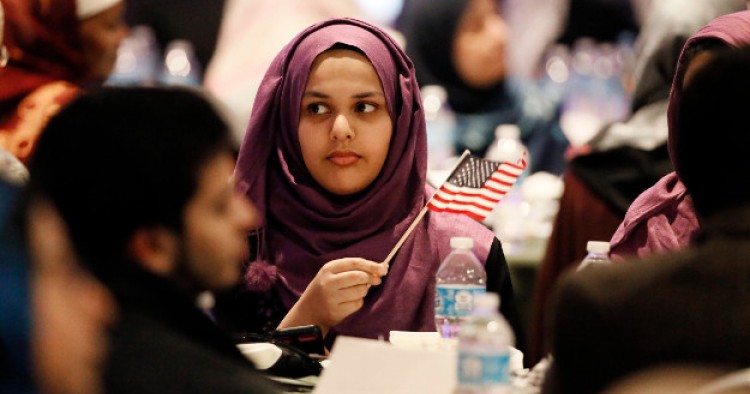 Read the full article on The Hill.

On the heels of the 16th anniversary of 9/11 — after two costly wars, countless sacrifices by our men and women in uniform, and a whopping $4 trillion-plus price tag — it’s time to ask: What’s missing in our grand strategy?

We have learned many lessons since that bright September morning in 2001 that turned so dark and changed our lives forever. We all agree that it’s not just the armed forces or the security agencies that will ultimately lead us to victory in this very different kind of war. But few convincing answers have been provided to the central question in the long-running strategy debate: How do we undermine support for the ideology of those bent on killing innocents? How can we tip the balance in the fight for the hearts and minds of the potential recruits and supporters of the extremists?

A decade ago, Philip H. Gordon, former advisor to President Obama, wrote on the sixth anniversary of the 9/11 attacks that if “Americans accept that victory in the war on terror will come only when the ideology they are fighting loses support and when potential adherents see viable alternatives to it, then the United States would have to adopt a very different course.”

Some refreshingly out-of-the-box answers to these pressing questions of our time may come next week, on Sept. 18, at the unlikely venue of the New York Public Library, as world leaders gather in Manhattan for the 72nd United Nations General Assembly. A dozen presidents and prime ministers and leaders from around the globe are expected to join a group of engaged citizens to launch the Global Hope Coalition, with the avowed objective of taking the fight against violent extremism to “a whole new level”.