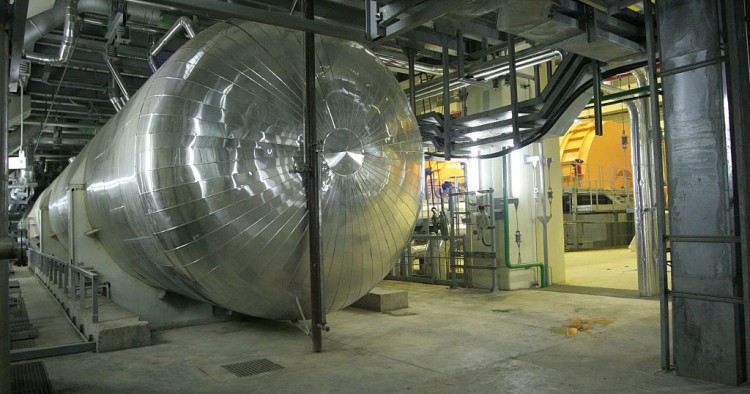 Iran’s announcement that it will exceed the 2015 nuclear deal’s limits on enrichment within days adds another layer of risk to the ongoing crisis between the U.S. and Iran. The crisis is still centered on U.S. sanctions on Iran that are crippling its economy, and Iran’s attempts to push back. The attacks on oil shipping last week — which the U.S. has linked to Iran — put Asian and European powers on notice that the U.S.-Iran crisis could affect their bottom line. The threat to move away from the nuclear deal also puts the P5+1 on notice that the crisis with the U.S. might unravel the work that European powers, along with Russia and China, achieved with Iran back in 2015.
The latest move by Iran adds to President Donald Trump’s headaches. On the one hand, the U.S. administration is pleased that some Democrats, as well as some European powers, like the UK, have lined up with the U.S. position on the oil tanker attacks, and it can expect that more world powers will oppose Iran’s threat/promise to resume uranium enrichment. On the other hand, Trump will now be entering election season with an Iran that might be moving back toward nuclear breakout capacity, a high risk of another U.S. war in the Middle East, and a jittery oil market.

Mediation to defuse this potentially explosive crisis is both possible and necessary. Since no deep and wide-ranging talks are likely before the U.S. elections next November, the region and the world should avoid a blow-up in the intervening time.

Iran is still basically angling for some limited economic relief. It has said that it will walk back its enrichment measures if Europe makes good on its economic promises. It might also ease up if its oil exports don’t go all the way to zero. In either case, the U.S. has Iran over an economic barrel. The next administration, whether Republican or Democrat, will have ample leverage to negotiate with Iran if it wants to. There is little sense in hurtling toward a major blow-up in the meantime.

Istanbul gears up, once again, to vote for mayor

The two leading contenders for mayor of Istanbul, gearing up for a repeat election on June 23rd, faced off in a debate on Sunday. That in and of itself was enough to generate excitement. The debate not only offered a rare opportunity for a journalist to ask serious questions to a government official, it was also hailed by many as a breath of fresh air in a country where such televised debates have become uncommon after President Recep Tayyip Erdogan banned his party’s candidates from taking part after he came to power in 2002. Yet for all that it is unlikely to have changed anyone’s mind.

After the opposition candidate Ekrem Imamoglu won the Istanbul mayorship by a razor-thin majority in the March elections, the Supreme Electoral Board nullified the vote and ordered a rerun, claiming fraud and other irregularities. Since then the ruling Justice and Development Party (AKP) has changed its election strategy. In the run-up to March, the elections were framed as a matter of the survival of the state. Not much was said about projects that would address the country’s growing economic problems or local issues like infrastructure or the scarcity of green space. The campaign was led by President Erdogan himself with the AKP’s Istanbul candidate, Binali Yildirim, taking a back seat. The election results suggest that this strategy failed.

This time around, the AKP is trying a different approach: Mobilizing the tens of thousands of disgruntled supporters who decided to sit out the March vote. President Erdogan has drawn back from the campaign and let Yildirim take center stage. Yildirim spends a lot more time mingling with people on the streets and talks about solutions to Istanbulites’ pressing problems. It is far from clear whether the new strategy will convince voters this time around. Yesterday’s debate gave little reason for those who sat out last time around due to frustrations over economic problems and the declining quality of life under the 25-year rule of Yildirim's party to go to the polls. To the comfort of Yildirim’s camp, Imamoglu did not offer much to sway undecided AKP voters either. Besides providing a two-hour democratic break, the debate has not changed anything regarding the candidates’ prospects in the June 23rd election.

While the world nervously watches the rise in U.S.-Iran tensions, raucous politics in Tehran have their own potential to surprise. By all accounts, the Iranians have assessed that President Donald Trump will not wage a full-out war against them. Much of the focus is instead on domestic politics, and a pitiless contest for power is brewing inside the regime. A parliamentary election is set for 2020, followed by a presidential one in 2021, but the big prize is to capture the supreme leadership. It could come any time given Ayatollah Ali Khamenei’s advanced age of 80. This jockeying for power is already generating casualties. One reformist potential presidential candidate is behind bars for the murder of his wife, a puzzling case that has raised questions about the possible role of the Revolutionary Guards in the affair. Two potential hardline candidates, Mohammad Qalibaf and Qassem Soleimani, face corruption charges.

Another aspect of this fight is about the sustainability of the Islamic Republic as a model. So-called reformists want to increase the powers of the president and reduce those of the unelected Guardian Council, which is today the biggest obstacle to incremental change in Iran. The hardliners also want to change the constitution, but with an eye to abolishing the role of the president altogether and bringing back the position of prime minister. Hardliners have always believed the presidency empowers reformists, who usually do much better in popular elections than hardline candidates. President Hassan Rouhani has openly spoken about the need to increase the powers of the president. It would be far easier to make constitutional changes while Khamenei is still alive, but he appears in no rush to set in motion the broader succession process. And why would he willingly make himself into a lame duck supreme leader?

Political tensions have intensified in Pakistan following the arrests of two key opposition leaders. Both former President Asif Ali Zardari and Punjab opposition leader Hamza Shahbaz Sharif have been detained in separate corruption investigations. Their arrests coincide with the unveiling of the incumbent Khan government’s first budget, which comes after the country entered yet another IMF stabilization program. This has led to allegations that the anti-corruption crackdown is meant to divert attention from the government’s inability to rejuvenate Pakistan’s failing economy.

Prime Minister Imran Khan responded to the opposition’s criticism in an address to the nation on June 11. Refusing to strike a conciliatory tone, Khan doubled down on the anti-corruption rhetoric, which has long served as his political calling card. Citing the corruption of prior governments as the primary cause of Pakistan’s present economic crisis, he announced the formation of a high-powered commission to investigate the substantial increase in the country’s debt over the last 10 years.

This marks a change of tack by Khan. Previously, his government had maintained a degree of distance from the accountability process. Spokespersons asserted that the government’s role was limited to creating an environment in which institutions such as the National Accountability Bureau (NAB), Pakistan’s anti-corruption watchdog, could operate independently. Now it appears the government is taking direct ownership of the anti-corruption crackdown. Khan’s domestic base, which views political dynasties with contempt, is likely to react favorably to his actions. However, the key to cementing sustained support lies in implementing his party’s wide-ranging reform program.

But enacting popular economic and social reforms will be difficult given the belt-tightening restrictions imposed by the IMF bailout. A just announced austerity budget comes down hard, especially on the taxpaying middle class, and may intensify unemployment and poverty. Fiscal constraints aside, passage of reforms will require cooperation from legislators in a Senate that is opposition controlled. Parliamentary pushback is virtually guaranteed as the major opposition parties try to mobilize public support against the government’s arrest of top leadership. While the possibility that Khan will be able to deliver on campaign promises of reform looks increasingly slim, if the recent tone of his rhetoric is anything to go by, he is unlikely to give up easily on policies on which his political future may hinge.

US raises concerns over Israel-China ties 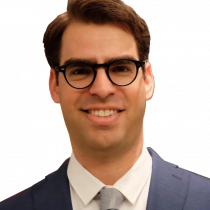 As the trade war between China and the U.S. heats up, other countries find themselves getting pulled in. On June 14th the Senate issued a warning to Israel, calling on it to consider the security implications of foreign investment in the country, especially in regards to the Gulf Port in Haifa, which will be managed by China’s Shanghai International Ports Group (SIPG) under a 25-year contract. This warning is yet another development in the ongoing struggle between the superpowers for influence and domination around the globe. The Senate measure was backed by prominent senators from both parties and joined the Trump administration’s criticism of Israel-China relations.

In talks with their Israeli counterparts, U.S. representatives have raised concerns that the port in Haifa, parts of which have already been transferred to SIPG management, will be used by Chinese intelligence. This overlooks the fact that there are also seaports in the U.S. operated by Chinese companies and similar to the Gulf Port in Haifa, which is adjacent to U.S. Navy facilities, and the fact that the number of Chinese representatives at the port will be quite limited. But it seems that this is not the real reason for the anger and the sharp criticism from Washington.

Israel depends to a large extent on its long-term strategic alliance with the U.S. and American support. Its relationship with China, by contrast, is new and focuses on trade, not common values or Chinese support. The American anger and fears appearing now are mainly because of the trade war with China, and an American desire to “enjoy” the fruits of its investment in Israel for many years. The Trump administration and the Senate want to see Israel clearly standing alongside the U.S. and its interests, not giving China a strategic outpost on the soil of its most important and stable regional ally. The Israeli government must internalize this demand and find a way to cooperate with China without jeopardizing its ties with the U.S.