The OPEC Deal and Iran’s Moderates 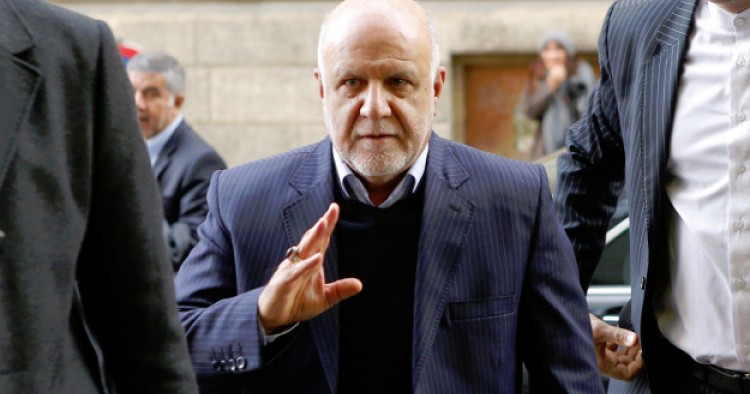 In Tehran, the November 30 decision by OPEC to cut oil production by member states was predictably a big deal. This, however, was not just about the economics of the event. Sure, the price of crude oil shot up by 10% on the announcement. It was the first time in eight years that OPEC states had agreed to a collective production cut.

But in Tehran, the other big news was that Iran - OPEC’s third-biggest producer – had escaped the call for it to cut back its production. On the other hand, Iran’s biggest regional rival, Saudi Arabia, agreed to a steep cut.

While Western commentators have been quick to paint this as a win for Iran in the cutthroat Middle Eastern geopolitical competition for power, there are also domestic reverberations that come at a timely point for embattled Iranian moderates. And perhaps no one more so than one man, Iran’s Oil Minister, Bijan Zangeneh.

Moderate voices and media in Tehran quickly hailed the OPEC deal as the “Second JCPOA.” This was in reference to the 2015 nuclear agreement, which President Hassan Rouhani and his team secured after marathon negotiations with world powers.

The Rouhani team has since been hailing the JCPOA as the prerequisite stepping-stone to Iran ending its international economic isolation. But the promised fruits from the lifting of international sanctions – which had been the basic trade-off for an Iranian agreement to cut back its nuclear program –have been slower to materialize than anticipated.

In Tehran, that has been a reality that has weakened the hands of the Rouhani government against its hardline opponents. While the Rouhani inner circle speaks of the JCPOA as a diplomatic marvel, the other side keeps asking for tangible evidence that the nuclear deal shifted Iran’s economic fortunes. It is in the context of this factional tussle in Tehran that the OPEC deal provides the moderate government of Rouhani the much-needed political space to continue with efforts to jolt the Iranian economy. It is quite telling, that the hardliners in Tehran too have welcomed the OPEC deal, an explicit approval of the performance of the government on this issue.

When the Rouhani government came to power in 2013, it had a simple agenda. First, it had to secure a nuclear deal and end international sanctions. But that was never meant to be an end in itself. And even before the nuclear deal had been struck, Zangeneh was given the task to start planning to attract many billions of dollars in foreign investment for Iran’s ailing and badly sanction-hit oil and gas industries. At the moment, Iran’s plan is to attract some USD185 billion in foreign investment by 2021.

For a smooth reelection in 2017, Rouhani needs plenty of good economic news. As it happens, Iran’s most internationally competitive and potentially lucrative sector is that of the hydrocarbon sector.

But from the very beginning, Zangeneh faced opposition from the hardline faction as he set out to incentivize the global energy giants. Part of it had to do with his personal history as a political figure.

The hardliners see Zangeneh as a relic from the moderate presidencies of Ali Akbar Hashemi Rafsanjani (1989-1997) and Mohammad Khatami (1997-2005), two men today defined by the hardline faction as the intellectual heart of the moderate movement in Iran that champion political reform at home and the return to the international economic mainstream.

That Zangeneh was a campaign advisor to Mir Hossein Mousavi, the leader of the Green opposition movement who has been under house arrest since 2011, makes hardliners more suspicious of the oil minister.. As one hardline parliamentarian put it during Zangeneh’s nomination process in 2013, “his thought process and his relationships with those in the sedition movement [opposition] cannot be forgotten.”

At first Zangeneh pushed back and particularly confronted anything associated with the policies of the Mahmoud Ahmadinejad administration (2005-2013) as deplorable amateurism. The oil industry, he kept repeating, was a business for grown-ups. But then Zangeneh pulled back and opted to stay focused on practical matters concerning the health of the Iranian energy industry. That was, after all, why he got the cabinet job and Supreme Leader Ayatollah Ali Khamenei’s blessing.

Meanwhile, as part of his political transformation over the last three decades, he has become a key proponent of foreign investment. But for some key domestic economic constituents, a larger foreign footprint in the energy sector is tantamount to a loss of market share.

Zangeneh’s hardline opponents have therefore routinely charged him with being too eager to let foreign companies into Iran at the expense of local firms. The fact that many of those local energy firms are tied to the Khatam ol-Anbia – a conglomerate controlled by the hardline Islamic Revolution Guards Corps (IRGC) – makes the entire contest that much more politicized and sensitive.

The attacks on Zangeneh have been relentless in this first-term Rouhani government. From charges of corruption leveled against him and his close associates to threats of impeachment in the parliament, the Iranian oil ministerhas had to jump through many hoops to defend his vision for developing the country’s huge oil and gas reserves.

And yet, he has not only the confidence of Rouhani but seemingly also Khamenei’s. Meanwhile, Zangeneh’s performance at this last OPEC meeting will not count against him as he moves on to look for ways to strengthen Iran’s position as an energy player.