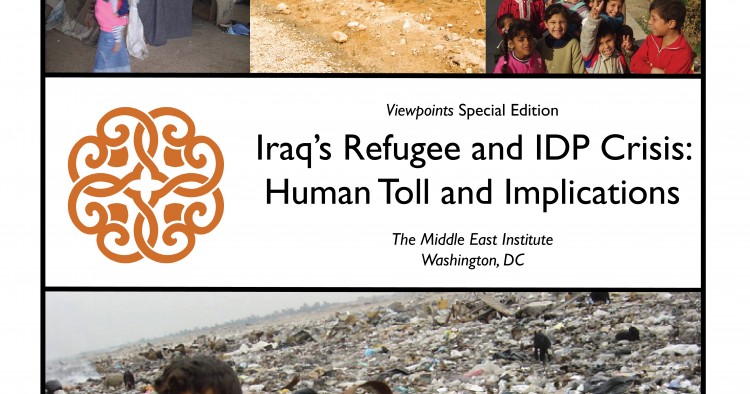 In the comparatively short time since the establishment of the Iraqi state in 1920, the country has experienced successive waves of forced migration. Yet the magnitude of the forced displacement of Iraqis from their homes since 2003 is unprecedented. In addition to the still dire humanitarian situation are the potentially far-reaching negative implications of the refugee/IDP crisis for the future of Iraq and the Middle East as a whole.

What were the factors that triggered and sustained the massive flow of refugees and internally displaced persons? How many and which Iraqis comprise the refugee and IDP populations? Have the United States and the Government of Iraq (GOI) responded to the crisis in a manner commensurate with their moral responsibility and capabilities? How have the constraints and concerns of Iraq’s immediate neighbors, which have borne the brunt of the refugee crisis, affected their response? Are conditions in Iraq conducive to the safe return of refugees and displaced persons? What are likely to be the consequences if a substantial portion of these populations are unable to return home and their living conditions do not improve? What priorities and considerations should guide policymakers’ thinking and planning with respect to the refugee/IDP challenge? These are but a few of the questions that deserve more public discussion and debate than they have hitherto received.

This project aims to stimulate such a discussion. To examine some of these issues, we have solicited the contributions of a distinguished group of analysts and supplemented their essays with statistical and other salient information. The compilation of essays begins, fittingly, with an Introduction by Dr. Phebe Marr. It was she who breathed life into the project, and it is to her that this enterprise is dedicated.

For decades, Phebe Marr, through her teaching, scholarship, and policy analysis has enriched understanding of the Middle East — particularly of Iraq — and has informed policy debates about the US interests and role in the region. For much of her career, Phebe has been closely associated with the Middle East Institute — as author of numerous articles and book reviews for The Middle East Journal (MEJ), as a longtime member of the MEJ Board of Editors, as conference panelist, and workshop participant.

The fact that Phebe was the source of inspiration for this project is not surprising, given these longstanding ties to MEI and her respect and affection for the people of Iraq. Nor is it surprising, given Phebe’s trademark approach to complex policy challenges, that the essays gathered in this volume explore a number of facets of the Iraqi refugee/IDP crisis from a variety of vantage points.

The Middle East Institute is grateful to Dr. Phebe Marr and the other authors for contributing to this special edition of MEI Viewpoints — and thus highlighting issues that are of great consequence not only for the many victims of displacement, but also for the long-term future of Iraq, the Middle East, and the US interests there.