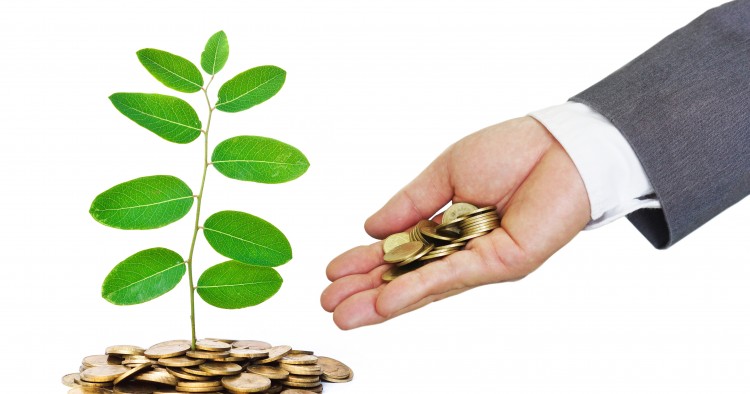 The Asia Pacific region is the world’s economic growth leader.[1] Asia’s share of world GDP in real US$ purchasing power parity (PPP) climbed from 23.2 percent in 1990 to 38.8 percent in 2014, and is projected to reach 45 percent by 2025.[2] Meanwhile, within the Middle East and North Africa (MENA)—home to abundant energy resources that are vitally important to the wellbeing of the world economy—economic progress has been uneven and fragile, and lately has been impeded by low oil prices and deepening conflicts.[3]

Despite this sharp contrast in their recent economic fortunes and other dissimilar trends and characteristics, the Asia Pacific and Middle East regions alike are highly susceptible to natural disasters, such as earthquakes, heat waves, landslides and floods.[4] Public officials and other stakeholders in both regions face the challenge of finding ways to strengthen their capacity to respond to natural disasters, and thereby reduce the loss of life and economic damage caused by them. This essay examines the opportunities for private sector engagement in disaster response and humanitarian assistance and the potential contribution of such engagement to mitigating disaster impacts in the MENA region.

The frequency, magnitude and commonality of disasters in various parts of the world have heightened cross-border consciousness and empathy. When the Indian Ocean earthquake and tsunami struck in 2004, the world rushed to the rescue, making history through unprecedented fundraising efforts. A year later, when Hurricane Katrina devastated New Orleans, there was an outpouring of offers of aid and expressions of sympathy from rich and poor countries throughout the world. Yet, despite these expressions of solidarity and generosity, the world has not become safer from natural disasters, and most likely will not, given changes in climatic conditions and the human drive to conquer the environment. Disaster risk is now an accepted reality and ‘contingent liability’ for states worldwide, with economic losses from natural disasters averaging US$250 billion to US$300 billion annually.[5] This is a sharp contrast with advocacy and interventionist activities of the Green Movement.

To match the annual losses arising from natural disasters, it would be wise for countries to proactively allocate funds for managing them. But this is not usually the case, due to limited state resources and the dynamic nature of disasters. This reality underlined the establishment of the African Risk Capacity (ARC Ltd) as a specialized agency of the African Union, as well as its affiliate business enterprise, the African Risk Capacity Insurance Company Limited. The affiliate business enterprise is unique because it adopts a private-sector business model as a scalable mutual insurance facility with potential to meet subscribers’ needs in a timely manner while running an efficient and effective firm. In January 2015, The ARC Ltd made its first insurance payouts of over $26 million to Mauritania, Niger and Senegal as a result of drought conditions in these countries in 2014.[6]

The dynamics of disasters defy traditional disaster management approaches of responding after the incident, however much aid the government may receive. A pragmatic approach calls for a proactive and integrated framework. Planning ahead of disasters can reduce their wanton impact. This realization has helped birth disaster risk financing as a viable disaster preparedness option. There is risk that large-scale disasters can wipe out insurance businesses that operate and pool resources from within localized space compared to cross-country or regional insurance mechanisms. The integrated dimensions of this approach cover areas of public and private sector engagements, where gaps are identified and relationships strengthened between the two sectors, reinforced by mutually inclusive competence management processes.

In 2004, when the Indian Ocean earthquake and tsunami occurred, more than $6.25 billion was donated from around the world to assist the fourteen affected countries.[7] More than $40 million came from private sector organizations, including Pfizer, PepsiCo, BP and Shell, while close to $1 billion came from corporations and top global business executives.[8] In Africa, the 2012 Nigeria floods ravaged communities across the country. In response, the Federal Government set up the Presidential Flood Relief and Rehabilitation Committee—spearheaded by Aliko Dangote (Africa’s richest man on Forbes’ list)—an initiative that led to key business leaders in the banking, telecommunications, and oil and gas sectors making substantial contributions towards disaster response.[9]

A review of these cases will highlight issues for consideration for humanitarian assistance in the MENA. For instance, it has been noted that the flow of funds following the Indian Ocean earthquake and tsunami produced new inequalities in Indonesia whereby some communities gained access to high-standard housing but other, nearby communities with depleted economies did not.[10] In Nigeria, although no official report about the funds raised and disbursed for flood relief has yet to be released, there have been documented instances of diversion and misuse of funds.[11]

Private sector engagements in corporate social responsibility can be viewed from either the lens of economic or social relations. Within the context of economic relations, corporate business entities take resources (both financial and natural) from the people in exchange for goods and services. However within the context of social relations, the businesses give back to the people in exchange for positive recommendation, support and reputation. In both cases, the presence of an exchange system is a critical component, but it is the social relations dimension that sticks in the consciousness of the people. This is the premise for private sector investment in disaster response, whether the capitalist entity is far removed from the locale of disaster or is locked within the same geographic space.

In examining the need for private sector investment in disaster response, four key points are worth bearing in mind. First, government resources are subjected to competitive allocation across diverse human needs. So, by participating in the disaster response process, private sector entities are actually building their resilience and also engendering a culture of tolerance among their host communities. Second, because private entities often have decentralized authority structures, this shortens turnaround response time to a disaster where a mechanism for intervention had already been designed. Third, a private entity’s focus on the bottom line raises red flags that engender more efficient utilization of resources, giving room for timely execution of remedial actions.  Fourth, when one looks at the Asian region, many global businesses with diverse capitalist frameworks have become dependent on the region’s economies to provide needed manpower. Considering this high demand for Asian labor along with the susceptibility of their environment to natural disaster, it is clear that contingency planning is vital to survival of businesses dependent on such labor.

The potential of private sector involvement in disaster response lies in their business ethos. In a competitive business environment, corporate social responsibility is not an attitude contingent on business disposition, but a disposition that is deeply reflective of the realities of the business environment. A company that produces a particular needed relief material within the MENA could more readily make such material available than one that has to procure and distribute it. In addition, they could enhance their opportunities for intervention through deliberate environmental scanning by deepening relationships with communities. When companies care, they also deliberately protect the environment and reduce incidence of threats that could undermine the environment and their businesses, thereby being champions of environmental sustainability. Governments can better partner with private sector entities by designing a framework for effective disaster risk financing. This requires adapting traditional insurance systems and expanding coverage to natural disasters through a modeling mechanism that works. African Risk Capacity has shown that this can be done, that it is helping to build resilience, and that there is potential for its expansion. MENA governments can incentivize private sector engagement in disaster response by providing tax relief for entities that invest in building community resilience against disaster.

The question may be asked, what specific roles can private sector institutions play in disaster response? First, beyond provision of funding or relief resources, private sector business-efficiency skills can come in handy in managing entrepreneurial components of disaster response. Second, private sector entities operate within certain regulatory regimes that can be utilized for impact. For instance, banks are regulated within strict financial sector guidelines just as telecommunications may be regulated in accordance with the communications strategy of a particular country. Thus, as sectorial players, private sector organizations can serve as pressure groups and influence policies that aim at building disaster resilience. In addition, those in the financial sector could also initiate disaster-financing facilities with target elements based on regional peculiarities. Third, private sector organizations can be exemplars of disaster risk reduction through implementation of enterprise risk management that works.

Private sector engagements in disaster response are not devoid of common and distinctive challenges. Within the MENA, critical economic and political interests may underlie contributions towards disaster response; therefore, there are concerns that require particular attention. First, disaster connotes times of great distress and it is necessary that there are formalized mechanisms for filtering out scams, specifically as solicitations targeting corporate entities can be set up at the wake of disasters for spurious appeals. Second, it is safer for private sector agencies to work through already established channels of humanitarian assistance and regulatory frameworks, especially as such organizations would have developed competence for response and credibility for fund utilization. Third, there is a tendency for relief efforts to drag on beyond certain time frame as funding comes in phases during which time some other disaster needs may arise or the disaster management agency may decide to utilize funds for related needs. This was the experience with the post-2012 flood experience in Nigeria where the Presidential Committee had to decide how the funds were to be spent. Fourth, a transparent reporting process is needed to account for all sources of funds and expenditure. This could help to delineate possible funding from terrorism-related sources while also bolstering the confidence of donor institutions. A fifth point to note is that, for political expediency, private sector funds may be targeted at specific communities, which may have less need than others, thereby creating new inequities. This is an avoidable scenario that could be resolved through transparent and objective needs assessment mechanism.

Nothing succeeds better than success stories. The MENA, as a region with large-scale investments in oil and gas as well as agriculture, is not devoid of natural disasters such as drought, floods, earthquakes or cyclones. Given this reality, developing a disaster financing mechanism would provide impetus for private sector investment in disaster response and build resilience from community levels to regional level. While MENA governments may open up channels for private-sector involvement in disaster response through regulatory stimuli that give incentives, it is in the best interest of the private sector to develop enterprise risk management mechanisms within their organizations and sectors and transfer this resilience to the wider community as disasters could collapse business entities and reduce patronage substantially. Nevertheless, whatever the posturing of government or private sector entities, a collaborative balancing of economic and social relations on an ongoing basis does not only make business sense, but is politically expedient in responding to disaster and urban resilience.

A Window of Opportunity to Avoid Devastating Climate Outcomes in MENA