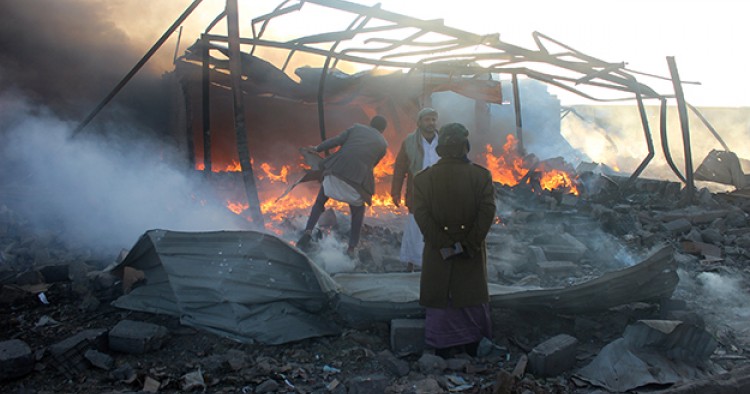 Read the full article on The National Interest

Turmoil in Aden over the past few weeks has underlined the existential crisis confronting Yemen. The alliances that have been at the center of the three-year-old civil war—the Hadi government and its Saudi-led coalition of supporters versus the Houthi alliance with former President Ali Abdullah Saleh—have fractured.

Moreover, as a number of recent studies have highlighted, the Houthi-Saleh assault on the Hadi government is only one aspect of a much more complicated story of Yemen’s splintered society.

With the conflict still stalemated and the UN-led political process frozen for the past eighteen months, Yemen’s survival as a unified country appears in doubt. Yet the international community does have a vital interest in ensuring that Yemen survives.

Monday Briefing | Is the Middle East Tilting toward De-Escalation?