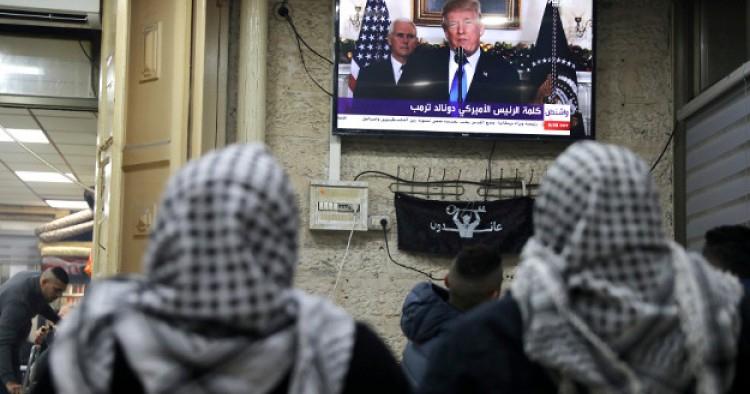 President Donald Trump's decision to recognize Jerusalem as the capital of Israel is a major policy shift that carries enormous risk. Warnings from Arab and European allies of the "explosive" consequences of the move aptly reflect the fragile dynamics in the region and the sensitivity of the question of Jerusalem to millions worldwide.
Trump's decision is a radical departure from the decades-long U.S. policy to not take a position on a matter that ought to be negotiated between the conflicting parties. The United States pioneered the two-state solution of an independent Israel and Palestine living side-by-side. Previous U.S. administrations have remained consistent on this policy and have worked assiduously to arrive at a final settlement along the two-state parameters.
This major policy shift, however, renders a negotiated solution, and any attempt to relaunch the peace process, extremely difficult. The final status of Jerusalem must ultimately be decided by Israelis and Palestinians through a peace process that is guaranteed by the United States.
Given the high sensitivity of the question of Jerusalem as a holy city for Christians, Muslims, and Jews, the decision risks provoking violence, not only between Israelis and Palestinians, but also toward U.S. missions, servicemen and women, and citizens abroad. The United States should avoid undertakings that exacerbate tensions in the Israeli-Palestinian conflict, but rather maintain policies that are geared toward finding a lasting peace.