Is Reconciliation in Bahrain Possible? 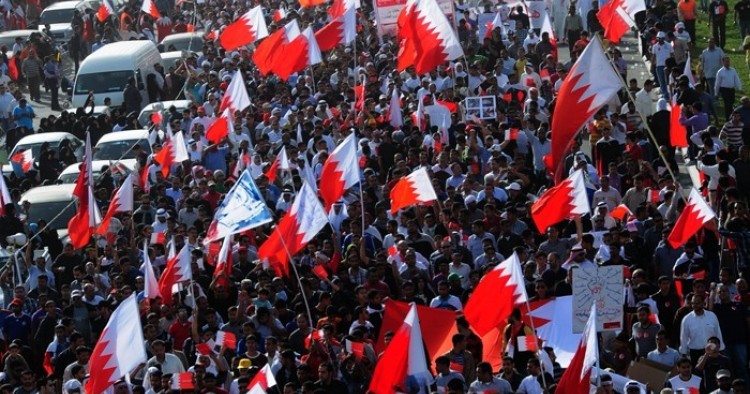 The total number of Bahraini citizens is reported to be about 570,000 nationals, less than half of a total population of over 1.2 million.[1] Nevertheless, this very small number makes up an amazingly complex society comprised of groups and subgroups with different interests and agendas. A short unpacking of Bahraini society may shed some light on the problems facing the Kingdom in 2012, and perhaps guide us through possible steps toward reconciliation.

Bahrain has often been described as a country with a majority Shi'a population dominated by a Sunni royal family. The Shi'a in Bahrain tend to be mostly Arabs originating from the Arabian Peninsula. The Bahraini Arab Shi'a, the largest group within that community, have extensive family and religious links with the Shi'a of the Eastern province of Saudi Arabia and the Shi'a of Iraq. The Arab Shi'a have traditionally been the farmers, pearl divers, and tradesmen of Bahrain. They tend to be linked to the Northern villages of Bahrain and are, by and large, less well-off than all other Bahrainis. However, there is now a large middle class within this group as well as some wealthy and successful families.

There is also an important group of Shi'a of Persian descent, who tend to be professionals and intellectuals. There are also a few Isma'ili families, mainly merchants originating from the Indian subcontinent.

The Sunnis come from very diverse backgrounds. The largest number are Arabs also originating mainly, but not solely, from the Arabian Peninsula. They are often referred to as the Muharaqqis, a reference to the island of the same name that is now linked to the mainland and is a major economic center in Bahrain today, where they have lived for centuries. There is also a small but very powerful group of Sunni Arabs that originate from Persia. Some of the main merchant families belong to this group. These families have branches throughout the Gulf and strong links in each of the GCC countries. There are a few Sunni families that originated from the Indian subcontinent . There are also a number of Sunnis of Persian origin and ethnicity, often referred to as Ajam. They tend to be successful, highly educated professionals, many of which are involved in the financial sector.

The other major group of Sunni are the "tribals." This group includes the Royal Family and its allies. They originated from Northern Arabia and conquered Bahrain in 1760 CE from their base at the time in Qatar. They have distant family links to the Al Saud and the Al Sabah of Kuwait.

A more recent group of Sunnis is composed of people that the Royal Family has recently granted citizenship to. The procedure to become citizen is somewhat murky. The country is rife with rumors of tens of thousands of passport being given to foreigners. Most of the naturalizations have been given to members of the armed forces and the police. These would be mostly Syrians and Balochis. It is also reported that the Sunni tribes on the Eastern province of Saudi Arabia who have strong family links to Bahrain have also been given citizenship. Of course, if this were the case, it would allow many thousands of Saudis to vote in Bahraini elections, thereby changing the sectarian mix in the Island.

It is interesting to note that by and large the groups do not intermarry. The "tribals" and Royal Family marry within their groups. The Sunni Arabs do not normally marry the Sunni Persians, and the same applies in the Shi'a community. In the second half of the 20th century, however, a number of inter-sectarian marriages occurred, mostly within the highly educated elites, so that some of the very prominent non-tribal families can proudly claim to have cousins and allies in other sects and ethnic groups.

The uprising that started in February 2012 and the vicious repression at the hands of security forces have polarized the groups, but not entirely along sectarian lines. The Persian Shi'a would probably remain relatively close to the Sunni leadership, in great part for fear of being evicted from the island if they did not agree. The educated and more prosperous non-tribal Arab Sunnis and Shi'as have had good relations with each other. However, these relations are now strained because of the major economic problems and overall tension created by the upheavals in the Kingdom.

However, in the past 30 years or so, the Muslim Brothers, who have great support among some of the Muharaqqis, have made major inroads into the Sunni community. The Salafis have made similar gains among the tribal groups. The Brothers and the Salafis have a strong influence over the present government and are principally responsible for the very extreme views and behavior of the state repression against the Shi'a-led uprising. The distrust, and in some cases hatred, of a Shi'a movement seen as religiously deviant and needing extermination is often palpable in private discussions.

At first, the opposition consisted of an alliance between centrist Sunni groups, like al-Wa'ad, led by Ibrahim Sharif, and most of the Arab Shi'a factions ranging from virulent anti-monarchy groups, such as al-Haq, to more accommodating centrist groups seeking a constitutional monarchy, such as al-Wifaq. Due the increased polarization of the country, the Sunni branch of the opposition appears to have declined substantially and their members, especially their leader Ibrahim Sharif, have been the targets of especially vicious treatment by the security forces. By and large, the opposition today is Shi'a-based, but given a chance, a Sunni center could rally around the jailed leader Mr. Sharif and other members like Dr. Munira Fakhro.

All the members of the opposition have common complaints. Mainly, they argue that:

The narrative that many Sunnis, including moderates, present to the outside world today is that, by and large, the Sunnis have been misrepresented, especially by the US. They feel that they are wrongly shown as a minority oppressing a well-meaning, justice-seeking Shi'a majority. Perhaps their main complaint is that they should be viewed as the majority. This, of course, is almost impossible to corroborate one way or the other[2]. In any case, the actual reality is less important than the impression of reality in triggering emotional reactions.

Other points that the Sunnis often make include:

In light of the extremely polarized points of view summarized above, it may be difficult to see a way to reconcile the parties. One cannot hope to get back to the good old days of peace between the communities. In fact, these peaceful days never existed and tensions were always there, albeit mostly hidden from view. It is perhaps important to remember that both Sunni and Shi'a groups have always questioned Al Khalifa leadership. The Al Khalifa leadership has managed to maintain an image of Bahrain as a peaceful haven in the Gulf. However, the reality was that since independence, the leadership has managed with an iron fist against all dissidents and has maintained a very strong and powerful police system. There were substantial street protests in the 1970s, 1980s and, of course, a major series of demonstrations after 1994. The only time Bahrain was really at peace with itself was in 2001, the time between the issuance and vote on the National Charter and the issuance of the new constitution. At that time, most Bahrainis thought that the newly minted King Hamad would open up the system to include all communities and free political life. However, the promised changes were never implemented. The King only made cosmetic changes, thereby infuriating the opposition and creating a feeling of betrayal. Hence, today's problems have deep roots, but as happened in 2000 and 2001, with the right conditions, there could be some improvement in the long-term relations between the communities.

In the recent past, the Sunni-Shi’a distinctions were not always viewed as very important, especially among the elites. In the 1950s to the 1970s, elites were united under the banners of Arab Nationalism, Nasserism, anti-colonialism, etc. In fact, both Sunnis and Shi'a were punished, arrested, and exiled for seeking to change the British and Al Khalifa control. One could not escape noticing that in both communities, there was a strong feeling of Bahraini citizenship. This feeling came out early in the uprising with banners claiming "No Shi’i, no Sunnis, just Bahraini." The sectarian feelings are now hugely exacerbated because of the ideology of the more extreme sides of both sects. Among Sunnis, Brothers and the Salafis want to impose their rules on the Shi'a, and certain elements in the government promote their views to maintain their control over the Island. On the Shi'a side, al-Haq rejects all compromise with the Al Khalifas. Furthermore, the involvement of neighboring powers with the more extreme elements of both sides stoke the fears of each community.

Perhaps an understanding between the neighboring powers that Bahrain should not be a battle ground for a proxy war would greatly help reconciliation. Ultimately Iran, Saudi Arabia, and even Iraq may see that they have nothing to gain in trying to promote the domination of one group over another, as it would only keep the Island as a constant sore to all concerned.

It is possible to use the BICI report as a base for compromise on some basic principles between not only the main groups within Bahrain, but also the surrounding powers:

The BICI advised this last point, and it is vital to any reconciliation. Indeed, how can there be any kind of reconciliation when one group controls all the elements of repression against another?

Only a system of voting free of gerrymandering could be used as a proxy for a sectarian count. Knowing the actual numbers, would perhaps be more negative than positive as it would enshrine a sectarian divide à la Lebanon and ossify the political structure.